Dollar and Yen ended as the strongest ones last week as global stock markets tumble. There were concerns over resurgence in coronavirus infections in Europe, with worries over a return to lockdown. Though, the US markets ended not too badly after Friday’s rebound. It’s still not clear if the overall trend in risks has reversed. We’re viewing Dollar’s rise, while strong, as nothing more than a correction so far.

On the other hand, Australian and New Zealand Dollar ended as the weakest ones on expectation of further easing by respective central banks. However, Aussie sellers are not totally committed yet. Opinions on whether RBA would cut interest rate in less than two weeks are divided. The coming days will be interest for the Aussie.

Development in US stocks were actually not too bad despite all the headlines. NASDAQ has indeed closed the week slightly higher. The fall from 12074.05 started to decelerate and struggled to take away 55 day EMA cleanly. The structure is also rather corrective looking so far.

We’d maintain the view that it’s a correction to rise from 6631.42 to 12074.06 only. While deeper fall cannot be ruled out, strong support should be seen around 38.2% retracement at 9994.97, which is close to 10000 psychological level, to contain downside and bring rebound. Hence, for now, it’s not likely for Dollar to be given persistent boost from risk aversion.

Gold broke out of triangle, strong support at 1825 fibonacci level 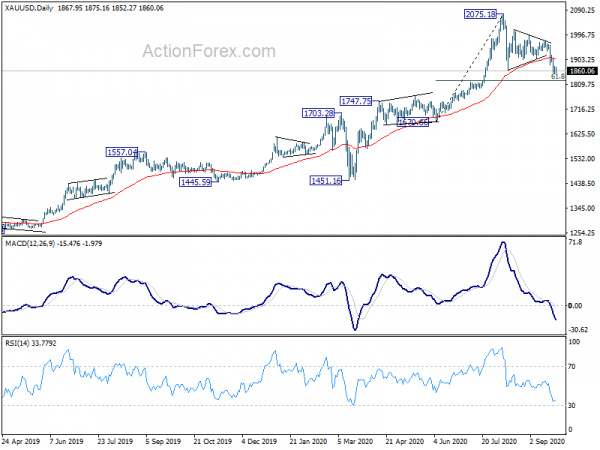 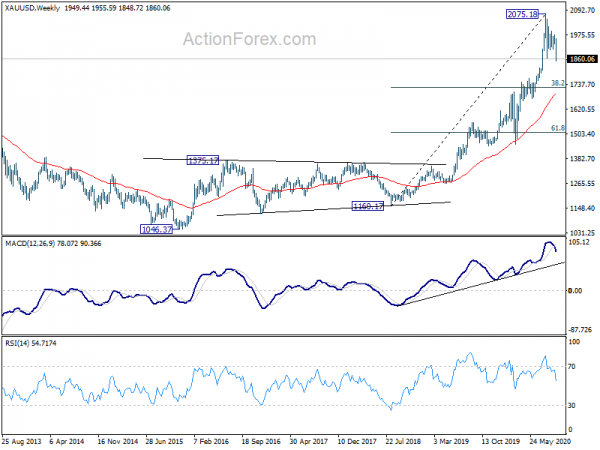 Australian Dollar tumbled broadly as speculations on RBA easing surfaced after Deputy Governor Guy Debelle’s speech, which outlined more easing options. Westpac predicted that the moves will be announced on October 6, the same day the government delivers budget, on the spirit of “Team Australia”. The measures would include lowering cash rate by -15bps to 0.10%, lowering 3-year yield target to 0.10%, and expanding asset purchases to longer maturities. NAB was less sure and expected the easing to come in either October or November meeting.

CBA, on the other hand, expected RBA to hold on rates as the costs would outweigh the benefits. In particular, with cash rate at 0.10%, it would be too easy for rates to flip into negative, which is a deterrent for the central bank. CBA expects that bond purchase would be the option to go, but doesn’t expect that to happen in October. 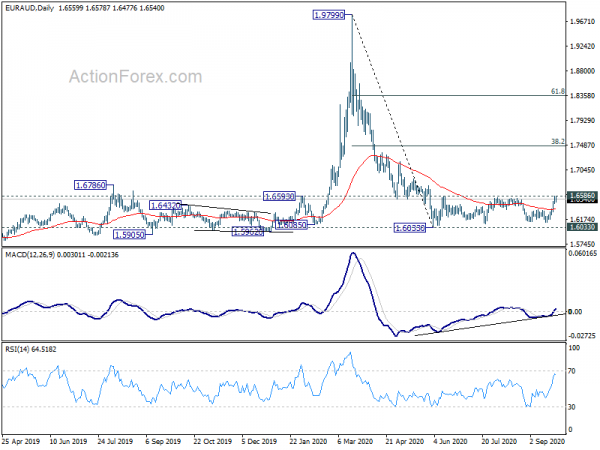 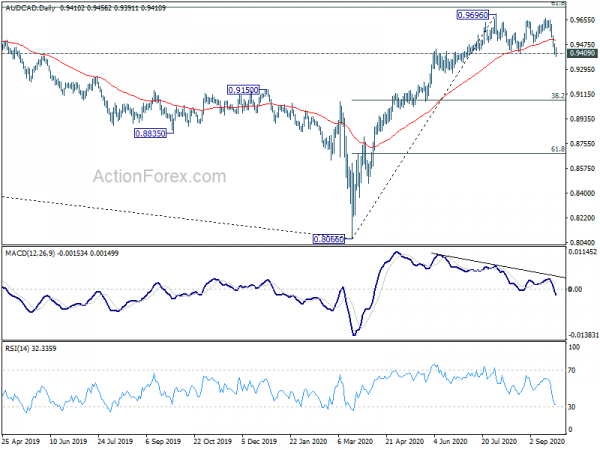 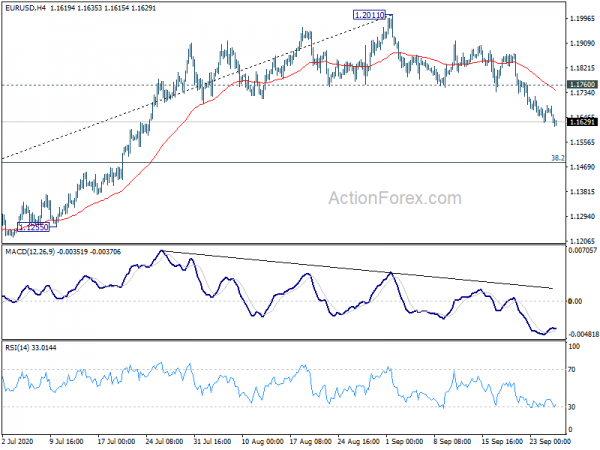 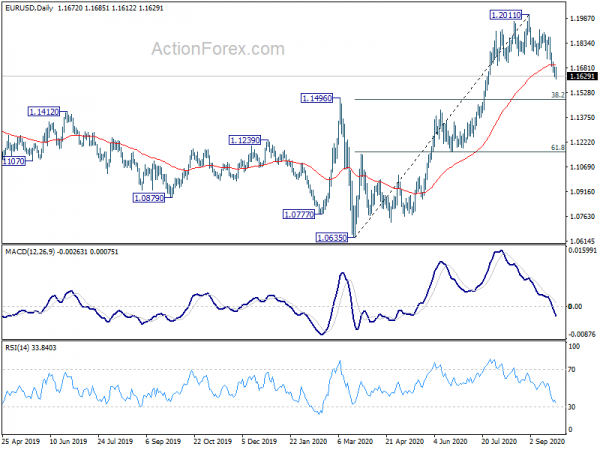 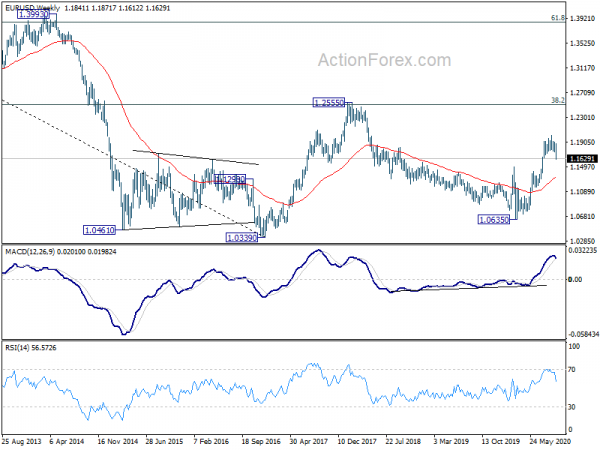 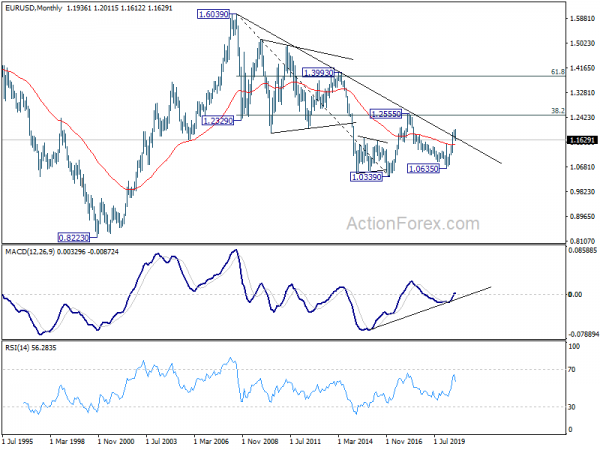