On the macro front, the Euro-zone’s Sentix investor confidence index eased for the third consecutive month to a 24-month low level of 8.8 in November, compared to a level of 11.4 in the previous month. Market participants had expected the index to drop to a level of 9.8.

In the US, data showed that the US final Markit services PMI climbed to a level of 54.8 in October, compared to a reading of 53.5 in the prior month. Market had envisaged the PMI to advance to a level of 54.6, while preliminary figures had recorded a rise to 54.7.

Going ahead, traders would closely monitor the Markit services PMI for October, due to release across the euro bloc along with Euro-zone’s producer price index and Germany’s factory orders, both for September, set to release in a few hours. 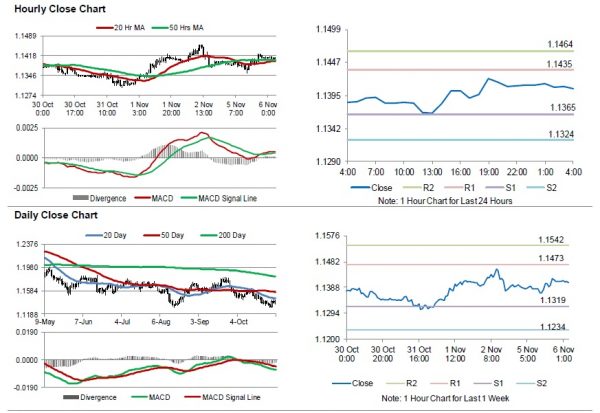