Without any central bank meetings on the agenda next week, the spotlight will fall on the latest edition of US inflation and retail sales. The chances of a Fed taper announcement this month have fallen dramatically after the disappointing jobs report, but this dataset could still be crucial for the normalization timeline and the dollar. There’s also a storm of economic releases from the UK, Canada, Australia, and China.

It looks like inflation won’t cool as quickly as the Fed thinks. The idea was that the pandemic disrupted global supply chains, pushing prices higher for some goods and services, but those issues would get resolved fairly quickly as companies adapted and expanded their production capabilities.

That narrative took a beating lately as several Asian economies went into lockdowns to battle the Delta outbreak. Business surveys like the PMIs highlight that supply disruptions have become even worse. Production and shipping costs are rising, and companies are passing much of that on to consumers in the form of higher prices. Even the world’s largest chipmaker, TSMC, is raising its prices significantly next year. 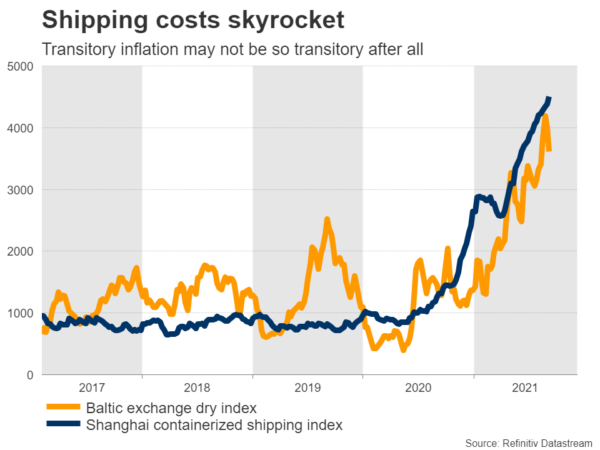 The idea of ‘transitory inflation’ could therefore turn into ‘slightly persistent inflation’ soon. Funnily enough, once supply chains normalize and cost inflation cools down next year, demand-driven inflation could make a comeback as the labor market returns to full employment. Workers are already enjoying more bargaining power than they have in decades and globalization is going into reverse.

In this light, markets will keep a close eye on the upcoming US inflation data that are scheduled for Tuesday, ahead of retail sales on Thursday. Forecasts suggest the headline CPI rate held steady at 5.4% in August, while retail sales are expected to have fallen for a second month.

As for the Fed, the stars now point to a November taper announcement. Inflation will likely remain hot and the easing in consumption shouldn’t be too worrisome given the astonishing gains this past year. The housing market is also booming. Policymakers essentially want to see another strong jobs report before they push the normalization button. 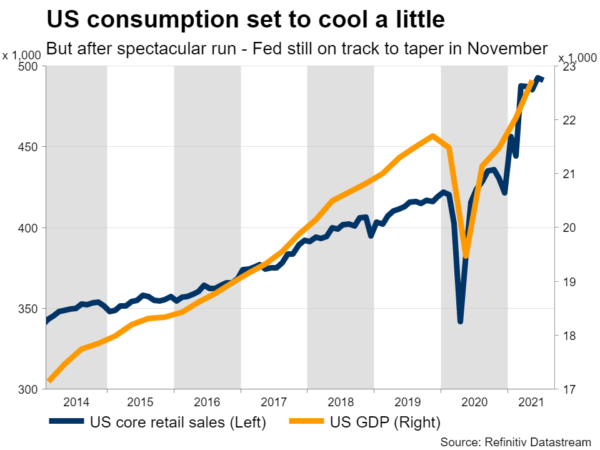 Therefore, the risks surrounding euro/dollar remain tilted to the downside, with the Fed set to out-normalize the ECB as the American economy heals faster than Europe’s. The prospect of greater spending from Congress argues in the same direction. The wild card in this equation is the upcoming German election, which may allow the euro a brief relief rally if a center-left victory raises the chances of greater EU integration and investment.

Across the Atlantic ocean, there’s a flurry of data releases coming up in the United Kingdom. Jobs numbers for July are out on Tuesday, ahead of inflation stats for August on Wednesday and retail sales on Friday. 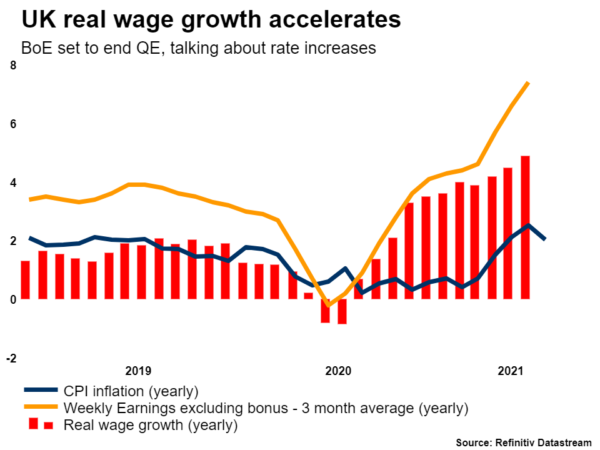 There has been a lot of attention lately on the tax increases on workers that Prime Minister Johnson is trying to push through, to fund healthcare and social services. But what flew under the radar were some exceptionally hawkish remarks from the Bank of England Governor.

Speaking before lawmakers this week, Andrew Bailey essentially said his central bank was split 4-4 at its last meeting on whether the minimum conditions for a rate increase had already been met. This revelation suggests markets may be underestimating how quickly the first hike will be delivered. A quarter-point rate increase is currently priced in for next August. 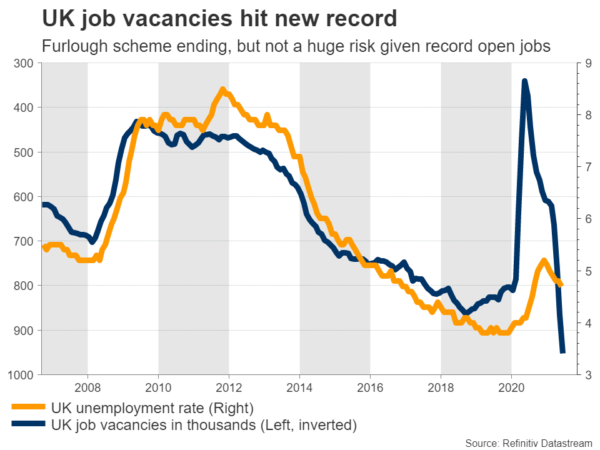 At the least, the BoE will almost certainly end its asset purchase program this year. In the near term, the pound will have to grapple with the end of the furlough program, which risks a spike in unemployment. But given the record number of open jobs in the economy, that may never materialize. The bigger picture for sterling seems bright, particularly against the euro and yen, which won’t enjoy higher rates in the coming years.

Over in Canada, inflation numbers for August will hit the markets on Wednesday. The Bank of Canada was quite cryptic when it met this week, showing no concern about some signs that growth cooled in the second quarter. The Bank meets again in October when it is widely expected to slash its asset purchases again.

Overall, the economy is still in good shape. Vaccinations have been impressive, the jobs market has almost recovered, inflation is nearly double the BoC’s target, and the housing market is on fire. Therefore, the outlook for the loonie remains positive, although for now, a lot will depend on the upcoming election on September 20. 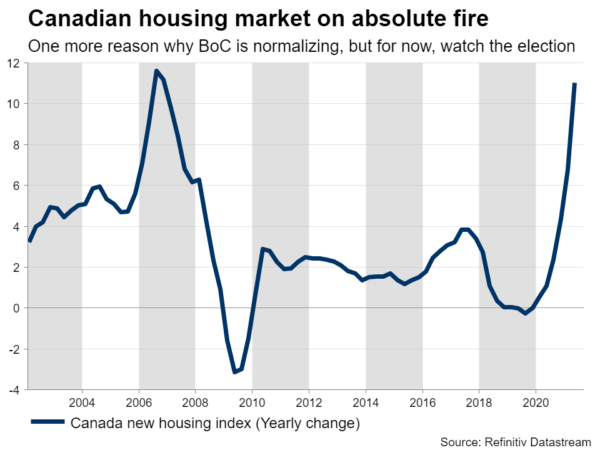 Prime Minister Trudeau has fallen behind his conservative opponent in opinion polls, and if he loses, that would imply less spending in the economy moving forward. That could see the loonie take a hit, but it wouldn’t change the bigger picture much, as any spending cuts are far away.

Staying in the commodity FX arena, Australia’s employment report for August is out on Thursday. The aussie has staged an impressive rebound lately, drawing power from an accelerated pace of vaccinations, which opens the door for an escape from lockdowns over the coming weeks.

But whether this recovery has legs will also depend on how the Chinese economy performs, given the close trading relationship between Australia and China. In this sense, China’s monthly data dump that includes retail sales and industrial production for August will be in focus on Wednesday. More signs that the world’s second-largest economy is slowing could be bad news for the aussie and risk sentiment more generally. 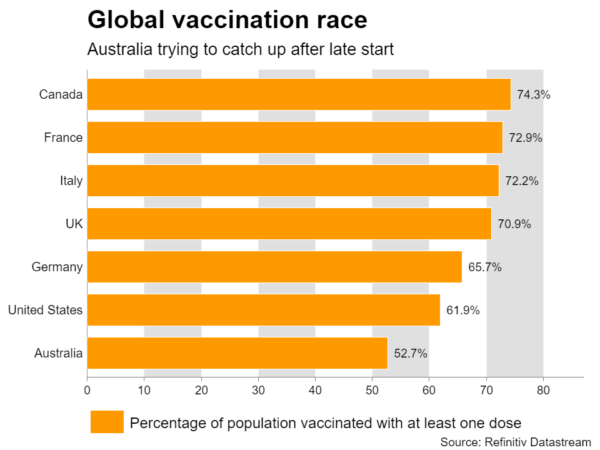 Finally, New Zealand’s second-quarter GDP stats will be released Thursday, but with the third quarter now almost over and the nation suffering shutdowns lately, markets will likely view this dataset as outdated.