Another decisive week for global markets lies ahead. The main event will be the latest CPI report from the United States, which will reveal whether inflation has finally started to cool off. That’s what business surveys and commodity prices suggest, setting the stage for a retracement in the almighty dollar.

Market participants are playing a cat and mouse game, constantly shifting back and forth between worrying about inflation or growth. When incoming data points to a resilient economy, the pendulum swings towards inflation and traders price in faster rate increases. When the data disappoints, recession concerns dominate and Fed tightening gets priced out.

Recession fears were winning this battle until recently. A storm of leading indicators such as business surveys, inventories, housing, consumer confidence, and an inverted yield curve were all warning that a downturn is imminent. This led to a sharp decline in US yields, which helped bring the Japanese yen back from the dead. 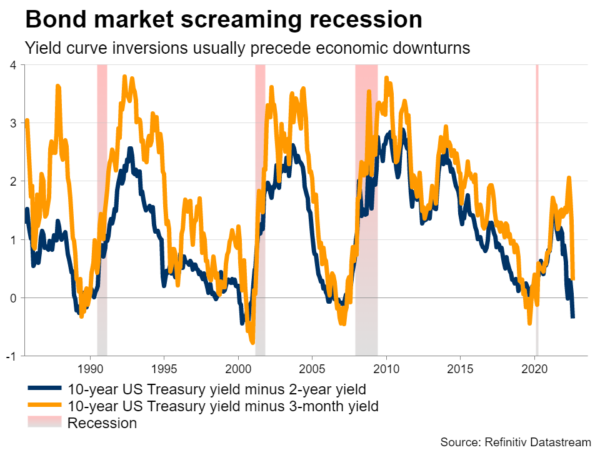 But the dollar didn’t really lose its shine, despite the repricing around the Fed. This resilience boils down to safe haven flows and a lack of alternatives. Europe for instance is in even worse shape – it will probably be at the epicenter of any global recession, as the energy crisis bites consumers.

It’s difficult to see this ‘strong dollar’ dynamic changing until the economic outlook for the rest of the world improves and capital starts flowing out of America. The decline in oil prices is a good start, but is not enough. Markets might need to see a ceasefire in Ukraine before the trend can reverse, and that doesn’t seem close.

That being said, we could see a retracement in the dollar’s ferocious rally on Wednesday, if the upcoming dataset confirms that inflation has started to lose its punch. The yearly CPI rate is expected to have declined to 8.9% in July from 9.1% previously, while the monthly rate is forecast at 0.3% from a stunning 1.3% previously.

Adding credence to these forecasts, business surveys like the S&P Global composite PMI showed that companies raised their selling prices at the slowest pace since March last year as demand faltered. Commodity markets agree, with everything from gasoline to food prices rolling over lately. 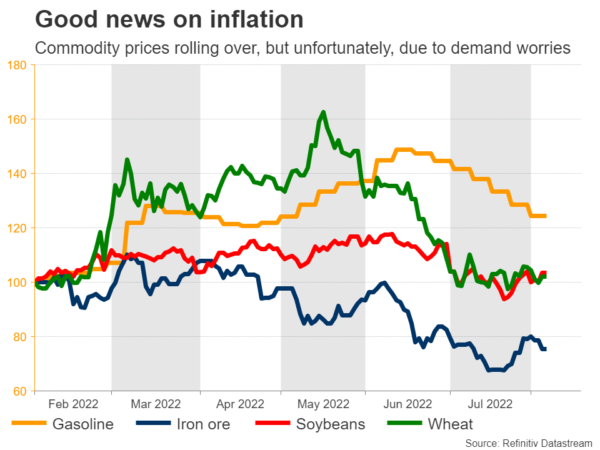 Money markets are currently pricing in around even odds on whether the Fed will raise rates by 50 or 75 bps in September. A softer than expected inflation print could tip the scales towards 50bps and consequently inflict some damage on the dollar. That said, even if euro/dollar climbs all the way up to 1.0550, some 300 pips away, the downtrend would still be in effect.

Data on producer prices will follow on Thursday, ahead of the University of Michigan’s consumer sentiment survey on Friday.

Crossing into the United Kingdom, preliminary GDP growth data for the second quarter will be released on Friday. At its meeting this week, the Bank of England projected a contraction of 0.2% for this quarter, even as it raised interest rates by 50bps.

Despite the rate increase, sterling suffered in the aftermath because the BoE’s overall message was quite gloomy. The economic forecasts were apocalyptic, pointing to five consecutive quarters of negative GDP growth starting in the fourth quarter of this year. 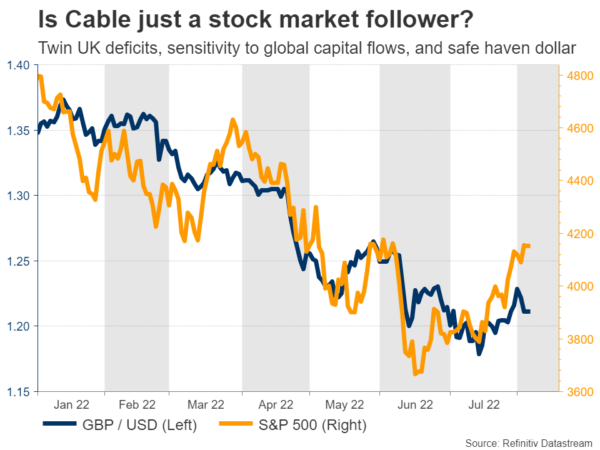 Markets interpreted that as a signal that the tightening cycle might be cut short. If such a prolonged recession materializes, the demand destruction would probably be enough to curtail inflation without the need for much higher rates.

Looking ahead, the most crucial element for the pound might be how global risk sentiment evolves. Traders already have a good idea of what the BoE will do for the rest of the year – raise rates but at a measured pace. What is less certain is how the stock market will fare, a factor that sterling is very sensitive to.

In the world’s second-largest economy, trade data for July will be released over the weekend, ahead of inflation stats on Wednesday. This was a month characterized by looser pandemic restrictions, and that might be reflected in the numbers.

Overall though, it’s difficult to be optimistic about the Chinese economy. The government continues its strict approach of tightening restrictions whenever there is a virus outbreak and the property sector is in freefall, with liquidity drying up and a ‘mortgage revolt’ as homeowners refuse to pay loans on unfinished houses. 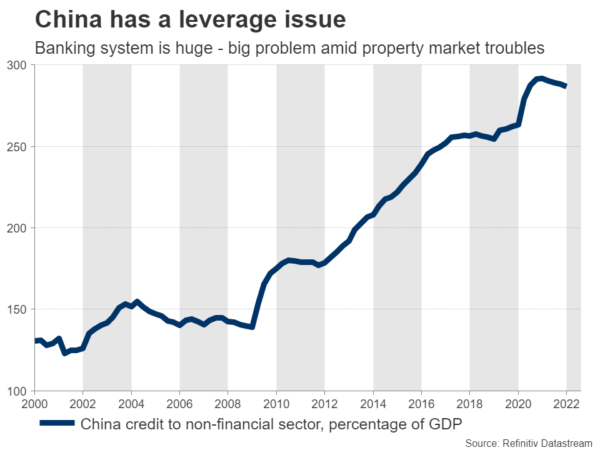 It doesn’t take much imagination to envision this crisis spilling over into the banking sector, which is tremendously leveraged at almost 300% of GDP. That’s without even including shadow banking. Consumer confidence is already at record lows, reflecting these troubles.

By extension, it’s difficult to be bullish on the Australian dollar – a nation whose entire economic model relies on China absorbing its commodity exports. Even though the Reserve Bank is raising interest rates, the threat of Chinese commodity demand rolling over is much greater – a risk that has hammered iron ore prices.