The Reserve Bank of New Zealand left rates on hold at 1.75% earlier with a shift to a more dovish position, adding that the direction of the next rate move is very finely balanced. The Bank lowered its inflation forecast and lengthened its inflation target timeframe. It expects CPI at 1.6% by June 2019, revised lower from the previous 1.8%. In the press conference, Governor Orr said that inflation had surprised to the downside for some time and that this was a concern, which was why the bank was keeping monetary policy expansionary. NZDUSD fell from 0.69757 to lows of 0.69087 in response. 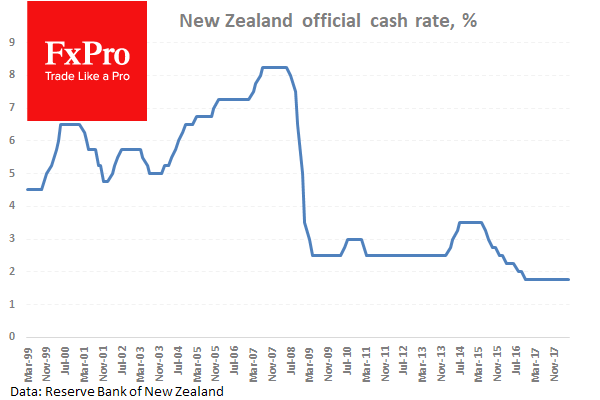 In other news, overnight BOJ Governor Kuroda said that the bank will continue its powerful monetary easing and that it is too early to lay out conditions for exiting easy policy. USDJPY moved higher from 109.628 to 109.831. 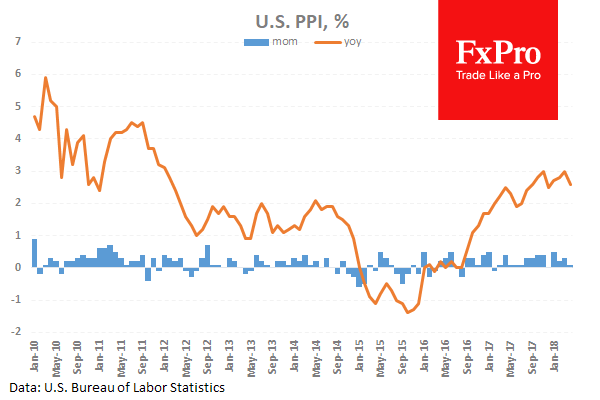 Canadian Building Permits (MoM) (Mar) were 3.1% against an expected 2.0%, from a previous -2.6%, which was revised down to -2.8%. This data exceeded expectations but the metric is showing smaller advances and declines compared with historic standards. USDCAD tested support at 1.28692 before hitting a high of 1.28992 as a result of this data release. 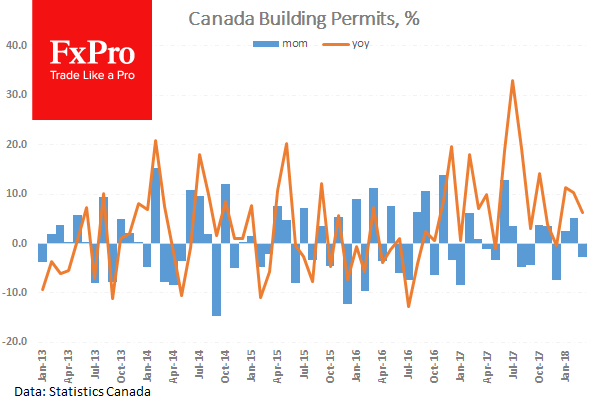 US EIA Crude Oil Stocks change (May 4) data came in at -2.197M against an expected draw of -1.167M, from a build of 6.218M last week. This data surprised to the upside last week, exceeding the expected build of 1.000M, however, this time the draw was bigger than expected. Oil markets are in focus at the moment after the US withdrew from the Iran Deal yesterday and this data release may add further volatility to the mix. WTI spiked to $71.21 before falling to support at $70.60 and rebounding higher. 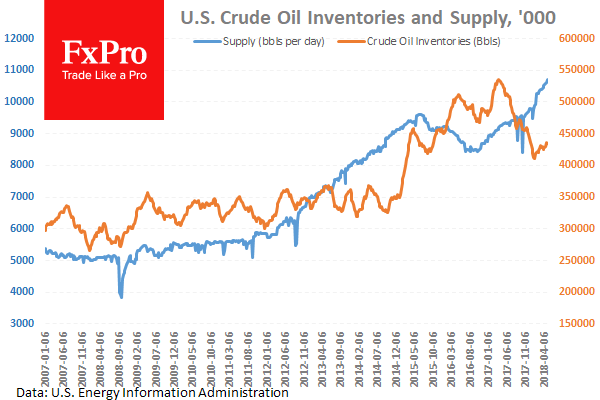