Dollar Rally Hits the Wall of Chinese Intervention, Dragged Down by Mixed NFP

In early US session, Dollar is still trading as one of the strongest major currencies for the week, together with Canadian Dollar and Swiss Franc. However, it’s clearly losing some steam today and it’s in red against all others at the time of writing. One factor that triggered an immediately setback in greenback’s rally is China’s measure to halt Yuan’s decline. Another factor is that the highly anticipated non-farm payroll report is just mixed.

Technically, EUR/USD breached 1.5174 minor support but there is no follow through selling yet. Without downside acceleration, consolidation pattern from 1.1509 will likely extend further. USD/CAD’s recovery completed at 1.3024 and it’s probably resuming recent fall from 1.3385, But we’d be aware of loss of downside momentum ahead for USD/CAD. EUR/AUD is a pair to watch. It’s now trading at 1.5681, very close to 1.5651 near term support. As long as 1.5651 holds, we’d stay bullish in EUR/AUD for another rise through 1.5888 resistance. However, break of 1.5651 will indicate near term bearish reversal.

US non-farm payroll grew 157k in July, below expectation of 193k. But prior month’s figure was revised up from 213k to 248k. Unemployment rate dropped back to 3.9% as expected. Most importantly, average hourly earnings grew 0.3% mom, matched expectation. Also from US, trade deficit widened to USD -46.3B in June, slightly higher than expectation of USD 3.1B.

From Canada, trade deficit narrowed to CAD -0.6B in June, much smaller than expectation of CAD -2.3B.

Offshore Chinese Yuan staged a strong rebound, while Dollar tumbles across the board, after China’s Central bank announced measure to curb capital outflow and stabilize the falling Yuan exchange rate.

The People’s Bank of China said after market close that it raises the “foreign exchange risk reserve ratio of forward sales from 0% to 20%, effective August 6, 2018. According to the statement, it’s an act to “prevent macro financial risks, promote the stable operation of financial institutions, and strengthen macro-prudential management.”

USD/CNH (offshore Yuan) tumbles sharply after hitting 6.912 earlier today. The pair could be heading back to 6.8 handle.

Also from China, the Finance Ministry announced the counter measures to US threat of imposing 25% products on USD 200B in Chinese goods. The State Council’s Customs Tariff Commission decided to impost additional levies on 5207 US products, totalling around USD 60B in value.

UK PMI services dropped to 53.5, back into slow lane

UK PMI services dropped to 53.5 in July, down from 55.1 and missed expectation of 54.7. Tim Moore, Associate Director at IHS Markit, said in the released that “the service sector moved back into the slow lane in July as business activity growth lost momentum for the first time since the start of spring.” And, “Brexit uncertainty had held back new project wins, reflecting risk aversion and a wait-and-see approach to investment spending among international clients.” He also noted that “the combination of slower output growth and softer price pressures during July will reinforce expectations that any further Bank of England rate rises will be both gradual and limited.”

BoE Governor Mark Carney said in a BBC radio interview that the risk of no-deal Brexit is “a relatively unlikely possibility but it is still a possibility”. And it would be “highly undesirable”. He added that “the possibility of a no deal is uncomfortably high at this point.”

In case of a no-deal Brexit, there would be disruption in trade, economic activity and higher prices for a period of time. He emphasized that “our job in the Bank of England is to make sure that those things don’t happen. It’s relatively unlikely but it is a possibility. We don’t want to have people worrying that they can’t get their money out.”

Nonetheless, he also noted that the financial system is robust and “banks have the capital, the liquidity that they need and we have the contingency plans in place”.

But he also said “the UK has taken all the steps, all the secondary legislation it needs to. The European authorities still have some steps they need to take. We’re having conversations and we expect those to be addressed.”

Near 50% of UK businesses not anticipating any Brexit contingency plan

According to a survey by the Institute of Directors, only 31% of respondents are have carried out Brexit contingency plan. 8% have the plan implement already, 11% are drawing up the plans, and 12% have drawn up bot not implemented the plans yet. 19% of them haven’t even drawn up any plans even though the anticipate doing so. And 49% have no intention to do any Brexit contingency plans.

From the figures, it looks like business are not to worried about the impact of Brexit and transitions on businesses. But Director-General of the IoD Stephen Martin has another interpretation. He said that firms have been “left in the dark” when it comes to the planning. And “the reality is that many companies feel they can only make changes once there is tangible information about what they are adjusting to.” And he urged that “as long as no deal remains a possibility, it is essential that the government steps up to the plate and provides advice on preparing for such an outcome.”

Rob Dobson, Director at IHS Markit said “if the headline index continues to track at its current level, quarterly GDP growth over the third quarter as a whole would be little-changed from the softer-than expected expansion of 0.3% signalled by official Eurostat data for quarter two.”

BoJ minutes: No pronounced signs on improvement in trade tensions

BoJ released minutes of the June 14/15 meeting today (not the one earlier this week). The discussions during this meeting were of much less important to the one on July 30/31, after which BoJ announced strengthening of the easing framework. Nonetheless, there were still some interesting points to note.

One member questioned that BoJ’s credibility and commitment of achieving the 2% inflation target was undermined “because the description on the timing of reaching around 2 percent inflation had been deleted from the April 2018 Outlook Report.” And there communication strategy was a deeply discussed topic. There was consensus on emphasizing the bank’s commitment to achieving price stability.

The minutes also noted the “sluggish growth in the CPI since the start of fiscal 2018”. Some members pointed to “short term factors” including Yen’s appreciation. Theses members also pointed to “increasingly competitive environment surrounding the retail sector”. Some members took a long-term perspective and attribute to ” the fact that the mindset and behavior based on the assumption that wages and prices would not increase easily had been deeply entrenched among firms and households.” One member said inflation was constrained by “social mode” which was brought about by “prolonged period of low growth and deflation”.

On risks the minutes noted US economic policies, Brexit and geopolitical risks as the main ones. In particular, “a few members said that, although the U.S. protectionist trade policy had been criticized at international conferences such as the Group of Seven (G-7) meetings, there were no pronounced signs at the moment that the situation surrounding the policy would improve.” 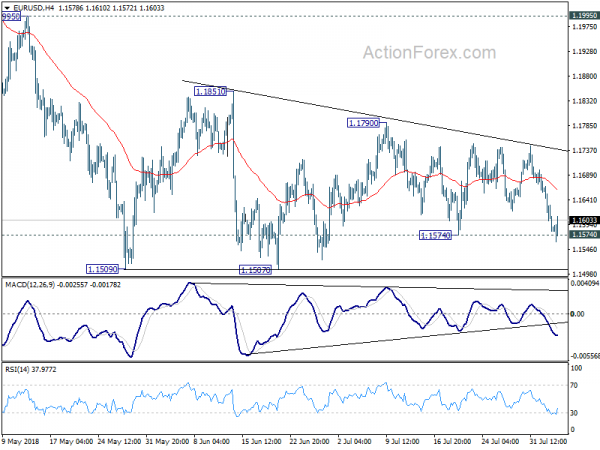 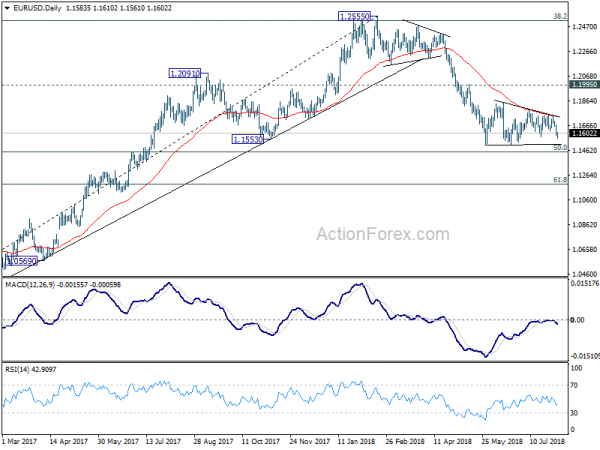