Dollar rebound strongly in early US session, with support from strong retail sales data. Though, upside is somewhat capped by industrial production miss. Canadian Dollar is, instead, the strongest one. On the other hand, Sterling is the weakest one for today despite solid employment data. UK unemployment rate stayed at 45-year low while wage growth accelerated. But that’s overshadowed by renewing no-deal Brexit fear. Both runners Boris Johnson and Jeremy Hunt rejected Irish backstop in any part of Brexit deal. Such position will make Brexit negotiations very tough ahead. Euro is the second weakest as German ZEW Economic Sentiment deteriorated further in July.

ECB Villeroy: Should not rely too exclusively on market based inflation expectation measures

ECB Governing Council member Francois Villeroy de Galhau reiterated his stance that ECB rate decision should be “data dependent”. In the upcoming meeting, policymakers will “assess actual economic data and we will act accordingly if and when needed.”

He acknowledged that policymakers would “take account of market indications” but emphasized “must not be market dependent”. That is ECB should not rely “too exclusively for inflation expectations on market-based measures”.

Additionally, Villeroy also noted monetary policy is limited as it cannot repair the damage from protectionism, or replace structural reforms or more selective fiscal policies. And, “monetary policies cannot do everything and cannot perform miracles.”

German ZEW dropped to -24.5, a lasting containment of factors are causing uncertainty

ZEW President Achim Wambach said: “Continued negative trend in incoming orders in the German industry is likely to have reinforced the financial market experts’ pessimistic sentiment. A lasting containment of the factors that are causing uncertainty in the export-oriented sectors of the German economy is currently not in sight. The Iran conflict seems to be intensifying and the ongoing trade dispute between the USA and China is a burden not only to Chinese economic development. Furthermore, no discernible progress has been made in the negotiations as to what Brexit will look like.”

Also released, Eurozone trade surplus widened to EUR 20.2B in May, above expectation of EUR 16.4B.

New Zealand CPI rose 0.6% qoq 1.7% yoy in Q2, matched expectations. The annual rate accelerated from 1.5% yoy in Q1. However, the rise in headline inflation was largely due to the 5.8% quarter increase in petrol price, which contributed 0.25% to the 0.6% qoq figure. That suggests the pick-up could be temporary only, not to mention that annual CPI remains firmly below 2% mid-point of RBNZ’s 1-3% target range.

Stronger monetary stimulus and economic growth is required to lift inflation sustainably back to the 2% target. Yet, domestic and global headwinds remain. Thus, more OCR cuts are still expected for RBNZ. August could be the month to deliver even though it’s not totally certain yet.

In the minutes of July 2 RBA rate meetings, it’s noted that “the Board would continue to monitor developments in the labour market closely and adjust monetary policy if needed to support sustainable growth in the economy and the achievement of the inflation target over time.” The conclusion indicates that RBA is still adopting an easing bias after cutting interest rate in both June and July meeting. However, the next move will come “if needed”, as the central will first “monitor developments” to see how the economy reacts to the prior rate cuts. 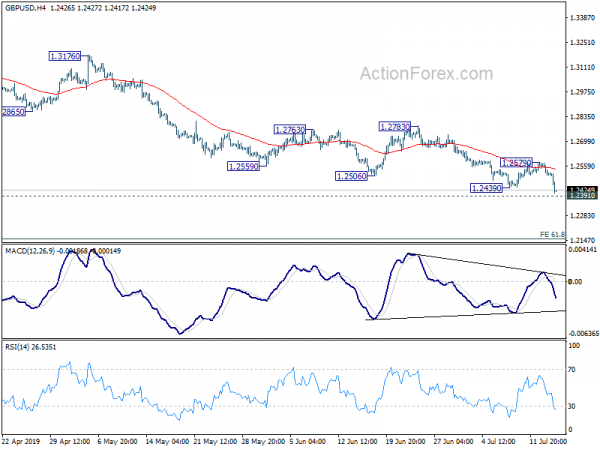 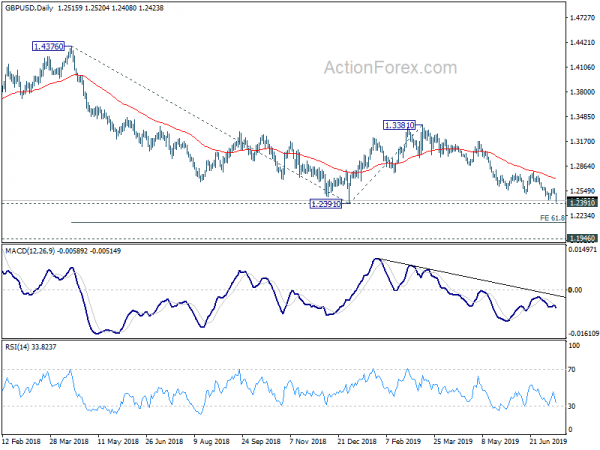