Commodity currencies remain generally pressured on risk aversion today. In particular, New Zealand Dollar is weighed down by poor business confidence data. Australian is not much better after contraction in private capital spending. On the other hand, Yen and Swiss Franc are strongest on falling stocks and treasury yields. Sterling turned mixed after yesterday’s brief selloff. Prime Minister Boris Johnson’s call to suspend parliament could now be triggering deep political turmoil in the country. Yet, traders are so far calm on the Pound.

Technically, major pairs and crosses are so far generally in range. Weakness in Sterling remains in favor. In particular, break of 0.9157 minor resistance in EUR/GBP will bring stronger risk back to 0.9324. Break of 126.54 support in GBP/JPY will extend recent down trend. These two levels will be needed to confirm “committed” selling in the Pound. NZD/USD extends recent down trend to new low at 0.6306. We’d see if that will drag AUD/USD through 0.6677 support too.

San Francisco Fed President Mary Daly said she’s in a “watch-and-see position right now” regarding further interest-rate cut. In inflation data comes in “more robust, that would be confidence-generating for me”. However, if data is soft, “that would be something I would want to consider.”

Though she also noted that “right now, with little inflationary pressure and considerable uncertainty about the threshold for full employment, I’m biased towards including as many workers as possible in the expansion.”

Richmond Federal Reserve President Thomas Barkin said in a speech that the “national economy appears great”. Unemployment rate is at 50-year lows and GDP growth is solid. Consumers also “feel confident and are spending”. However, “international economies are weaker”, with “elevated” uncertainty particularly around trade. Business investment dropped in Q2.

Hence, with muted inflation risk, Barkin said, Fed decided to make a “mid-cycle reduction” in interest rates earlier this month. That goal was to provide a “little insurance for the continued growth of the economy and strength of the labor market.”

ECB Nowotny: 1.6% inflation is within target area and requires no policy measures

ECB Governing Council member Ewald Nowotny complained that “in past years we perhaps followed markets’ expectations too intensively and avoided disappointing them.” He emphasized “central banks should be the decisive institution and must therefore sometimes disappoint markets.”

On inflation targeting, Nowotny favors aiming for  2% plus or minus one percentage point. And, it means that inflation of 1.6% is also within the target area and therefore requires no monetary policy measures”. However, he said “Draghi by contrast interprets ‘symmetry’ in such a way that lower interest rates are in place for a longer period: ‘lower for longer’ is the slogan here. I actually consider that to be a problematic signal.”

BoJ board member Hitoshi Suzuki said while there are risks from heightening overseas uncertainties, there was no sign of recession yet. He emphasized that “if the BOJ were to consider and implement specific monetary easing measures, it will take action deemed appropriate at the time while weighing the benefits and demerits of each step,”

He further pointed out, “if bank deposit rates effectively turn negative, it could hurt the economy by cooling consumer sentiment”. And excessively low interest rates could also discourage lending and lower the impact of monetary easing. He added, “once the financial system destabilizes, it will become very difficult to achieve price stability.”

SNB governing board member Andrea Maechler said that “franc remains at a very high value, absolutely”. And that’s why “we need an expansionist monetary policy”. Also, she stressed that SNB’s willingness to intervene in the currency markets.

Though, she also noted that SNB will weigh the pros and cons of intervention, as “we need to have a sustainable monetary policy and keep our margin of maneuver.”

New Zealand ANZ Business Confidence dropped sharply from -44.3 to -52.3 in August. Activity Outlook also turned negative again, down from 5.0 to -0.5. ANZ noted that “employment, investment and export intentions all fell to dismal levels, along with profit expectations.” Also, “inflation indicators were weaker despite higher reported costs.”

Just over a third of this month’s survey responses were received after the surprised RBNZ -50bps OCR cut. ANZ noted “there were small differences in the responses before and after” and “none of the differences were statistically significant for any of the data series.” ANZ further said “the outlook for the economy appears to be deteriorating further, with firms extremely downbeat despite easier monetary conditions, fairly robust commodity prices, and positive population growth. Whatever the cause, the risk is rising that it becomes self-fulfilling.” 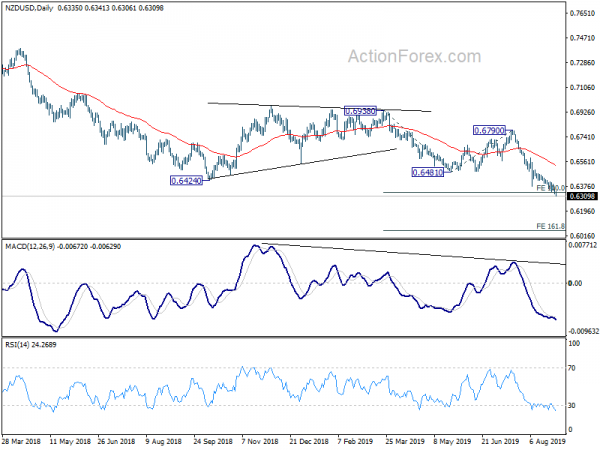 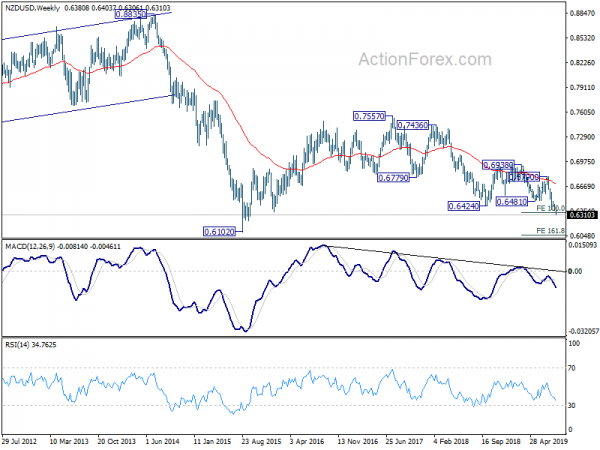 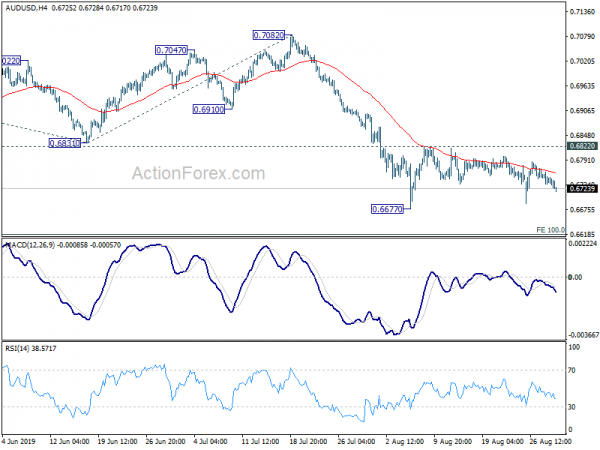 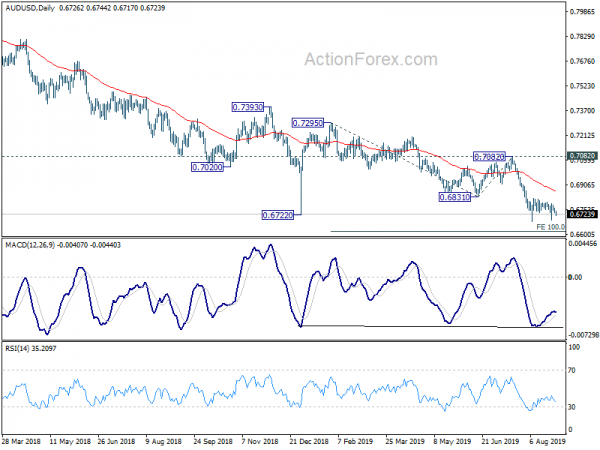