Markets are generally in risk averse mode today, partly due to receding US-China trade optimism after hardline comments from US President Donald Trump at UN yesterday. Also, US House Speaker decided to lunch a formal impeachment inquiry on Trump. Nevertheless, while European markets are in red, DOW future is just flat. In the currency markets, Dollar is the strongest one for today, followed by Swiss Franc and than Canadian. Sterling is the weakest, followed by Australian and then New Zealand Dollar.

Technically, break of 0.6760 temporary low in AUD/USD will resume the fall from 0.6894 to retest 0.6677 low. 1.3310 in USD/CAD will be watched and break will resume the rebound from 1.3133 to 1.3382 resistance. EUR/GBP appears to be gathering momentum for a stronger rebound. Break of 0.8894 minor resistance will confirm short term bottoming in EUR/GBP. In that case, we might seen the declines in GBP/USD and GBP/JPY accelerate too.

ECB Executive Board member Benoit Coeure said that the new inter-bank lending benchmark rate is fully pricing in recent rate cut. He said “we were all glad to see that the ESTR responded exactly as expected and the rate cut was fully priced through.” And, “we have a very smooth and stably money market, which is nice to see.”

According to UK CBI Distributive Trades Survey, retail sales volume in year to September contracted for the fifth consecutive month at -16%. But that was already a notably improvement from -49% in August, and beat expectation of -26%. Also retailers are expecting sales volume to drop at an even slow pace at -5% next month.

Rain Newton-Smith, CBI Chief Economist, said: “Five successive months of falling volumes tells its own story about the tough conditions retailers are having to operate in. Add to this the pressures of Sterling depreciation and the need to plan for potential tariffs and supply issues in the event of a no-deal Brexit and you get a gloomy picture for the sector.

“Retailers are also grappling with ongoing challenges such as digital disruption and the cumulative burden of government policies. Reforming an outdated business rates system and a more flexible apprenticeship levy which delivers better value for money could really help to alleviate the pressure on retailers during these difficult times.”

RBNZ left OCR unchanged at 1.00% as widely expected. The overall statement was balanced with easing bias. However, there is no clear indication of another imminent rate cut. Most importantly, RBNZ noted that “developments since the August Statement had not significantly changed the outlook for monetary policy”. It suggests that the central bank is still on wait-and-see mode, for observing the impact of the -50bps rate cut in August.

Nevertheless, easing bias is maintained as “there remains scope for more fiscal and monetary stimulus, if necessary, to support the economy and maintain our inflation and employment objectives.” But the statement is seen more as urging the government for fiscal stimulus. And the level of monetary stimulus needed might depend on how much the government would do.

In the minutes of July policy meeting, BoJ maintained that “economy was likely to continue on an “expanding trend” throughout the projection period through fiscal 2021, despite being affected by the slowdown in overseas economies. Exports were projected to “show some weakness” but would stay on a “moderate increasing trend”. The “continued relatively weak developments in prices” was largely affected by “deeply entrenched mindset and behavior based on the assumption that wages and prices would not increase easily”. Members still believed that CPI was “likely to increase gradually toward 2 percent”.

Four risks were outlined on economic outlook: (1) developments in overseas economies; (2) the effects of the scheduled consumption tax hike; (3) firms’ and households’ medium- to long-term growth expectations; and (4) fiscal sustainability in the medium to long term. Also downside risks from overseas were “significant”: (1) the consequences of protectionist moves — including the U.S.-China trade friction — and their effects, as well as (2) developments in the Chinese economy, including the effects of the aforementioned factor and (3) the possibility that the progress in adjustments in the global cycle for IT-related goods might take longer than expected.

On monetary policy, most members recognized that downside risks warranted attention. And, “it was appropriate to persistently continue with the current powerful monetary easing as the momentum toward achieving 2 percent inflation was being maintained with the output gap remaining positive”.

The Asian Development Bank said in a report that growth in the 45 countries of developing Asia would slow from 5.9% in 2018 to 5.4% in 2019, then recover to 5.5% in 2020. The forecasts reflect “gloomier prospects for international trade” partly due to escalation US-China trade tensions, slowdown in advanced economies and the larger economies of developing Asia.

ADB Chief Economist Yasuyuki Sawada warned: “the PRC–US trade conflict could well persist into 2020 while major global economies may struggle even more than we currently anticipate. In Asia, weakening trade momentum and declining investment are the major concerns”.

The report also noted that an escalation and broadening of the US-China trade conflict may reshape supply chains in the region. There is already evidence of trade redirection from China toward other economies in developing Asia such as Vietnam and Bangladesh. Foreign direct investment is following a similar pattern. 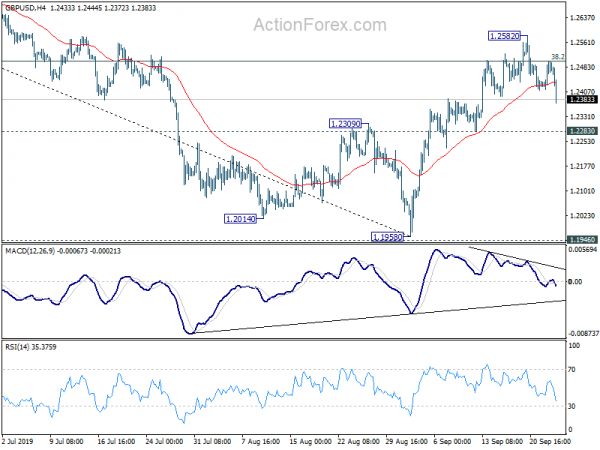 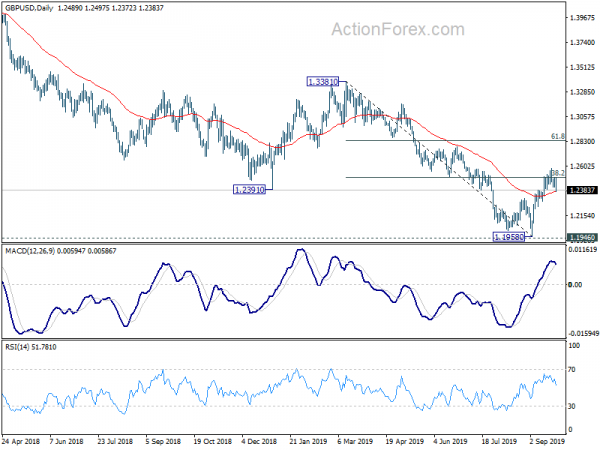