Australian Dollar remains the strongest one for today as boosted by optimism over US-China trade deal. But the markets are relatively mixed elsewhere. Yen couldn’t decide what to do as risk appetite fades in European session, while US stocks also open mildly lower. European majors are generally soft on news regarding UK snap elections. Dollar is mildly firmer, and outshines Canadian. But the fates of USD/CAD won’t be decided before tomorrow’s BoC and FOMC rate decisions.

As EU has confirmed Brexit extension till January 31, UK opposition Labour indicated that the conditions for supporting a snap election was met. Liberal Democrats and the Scottish National party have already offered support to Prime Minister Boris Johnson’s one-line bill to trigger early election in December. Though, the date was not confirmed yet. Based on current development, the bill will like be passed today. Johnson will refrain from pushing forward with his Brexit bill until a new parliament is formed.

Labour leader Jeremy Corbyn said in a statement,” I have consistently said that we are ready for an election and our support is subject to no-deal Brexit being off the table. We have now heard from the EU that the extension of article 50 to 31 January has been confirmed, so for the next three months, our condition of taking no deal off the table has now been met. We will now launch the most ambitious and radical campaign for real change our country has ever seen.

RBA Governor Philip Lowe said in a speech that the key to a return to more normal interest rates globally is to improve the “investment climate”. There are two central elements to do so. First is “reduction in some of the geopolitical and other concerns”. Second is “structural measures” that boost people’s “confidence about future economic growth”.

Domestically, Lowe said this year’s three interest rate cuts as “helping” the Australian economy and supporting the “gentle turning point” in growth. RBA is “prepared to ease” further if needed. But he emphasized it is “extraordinarily unlikely that we will see negative interest rates in Australia”. Though, it’s likely that “an extended period of low interest rates” is required.

RBNZ Assistant Governor Christian Hawkesby said in a speech that the -50bps rate cut back in August was a “tactical decision”. A key part was that front-loading would “give inflation the best chance of meeting our policy objectives”. In particular, “it would demonstrate our ongoing determination to ensure inflation increases to the mid-point of the target”. Such commitment should ” support a lift in inflation expectations and an eventual lift in actual inflation.”

The “regret analysis” suggested ” it would be better to do too much too early, than do too little too late.” The alternative approach could risk “inflation remaining stubbornly below target,”. Inflation expectations could “drift lower” and create an “even more challenging task to achieve our objectives.” 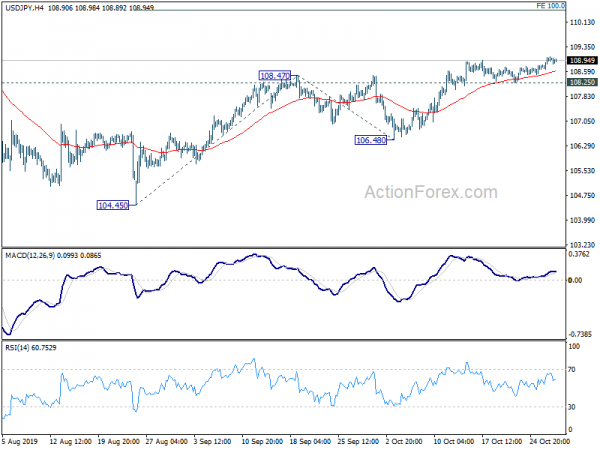 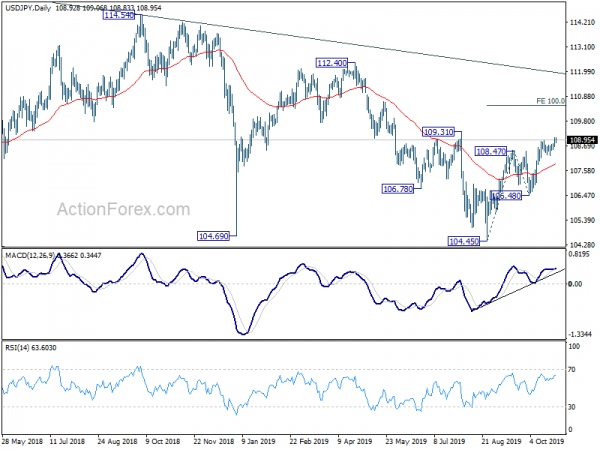