Dollar remains generally firm today but there is not follow through buying so far. Comments from Fed officials affirm that the mid-cycle adjustment in monetary policy has completed. But upside is capped by uncertainty over trade negotiations with China. Also, traders seem to be already in holiday mood ahead of Thanksgiving. Sterling also continues to flip-flop and could remain so ahead of December’s UK election. For now, the Pound is the weakest one for today, followed by Canadian. Kiwi is the strongest, followed by Aussie.

Technically, while Dollar is losing some momentum, further rise is still in favor. EUR/USD is targeting 1.0989 support, and break will target 1.0879 low. USD/CHF is still on tract to retest 1.0027 high. AUD/USD is should also extend recent fall to retest 0.6670 low. EUR/GBP recovers ahead of 0.8521 temporary low. Consolidation is set to extend for a while longer.

Fed Kaplan: Mid-cycle adjustment is over for the time being

Dallas Fed President Robert Kaplan said monetary policy is “in the right place now” And the mid-cycle adjustment” is over “for the time being”. Though, he added that Q4 is “going to be weak” on destocking due to some pessimism over the past few months. But “we thing things will stabilize. We’ve got a good chance to grow at 2% next year.”

Kaplan also said that “weak manufacturing, weak global growth, weak business investment all relate to uncertainty regarding trade,” he said. “If that got stabilized, I think we’d have a chance to see those measures improved.”

US goods trade deficit narrowed to USD 66.5B, both imports and exports declined

A phone call was held between US and China top trade negotiators this morning. Accord to statement of China’s Ministry of Commerce: “Both sides discussed resolving core issues of common concern, reached consensus on how to resolve related problems and agreed to stay in contact over remaining issues for a phase one agreement”.

Yet, after another phone calls, there is no concrete news regarding the phase one trade deal. It’s reported that farm purchases and tariff rollbacks are currently the two sticky issues. It looks like officials from both sides are still targeting to complete the phase one by the end of the year. But negotiations could eventually drag on to next year.

Germany Gfk Consumer Sentiment picked up again in rose 0.1 pts to 9.7 for December, matched expectations. Rolf Bürkl, consumer expert at GfK said: “The exceptionally high levels of consumer confidence among German consumers have significantly contributed to preventing a recession in Germany in the third quarter. Private consumption has thereby perfectly fulfilled its role as an important pillar of the economy. Consumers are therefore optimistic about the upcoming holiday season, one of the busiest times of year for a number of retail industries such as consumer electronics and toys. How the year as a whole will be evaluated is determined during this period. And the retail sector can certainly look forward to this period with a healthy dose of optimism.”

Economic Expectations also improved drastically from -13.8 to 1.7. Gfk noted: “This decline in pessimism is most likely due to the trade war between the US and China showing tentative signs of easing during recent days. In addition, it is clear that an increasing number of Germans are hopeful that after the forthcoming elections in the UK a decision on Brexit will be made.”

RBA Governor Philip Lowe said in a speech that negative interest rates in Australia are “extraordinarily unlikely”. He added that Australia is “not in the same situation” as faced in Europe and Japan, with stronger growth prospects, better banking system, demographic profile, without deflation. Also, internationally, it’s not clear that negative interest rates has been a success.

Also, the threshold for undertaking QE “has not been reached” and he didn’t expect it to be reached in the near future. He also didn’t expect the country to reach the point where “QE could help promote our collective welfare”. QE would become an option to when cash rate hits 0.25%, “but not before that”.

Lowe also said “the Board continues to discuss what role it can play in ensuring that this progress takes place and how it might be accelerated. It recognizes the benefits that would come from faster progress, but it also recognizes the limitations of monetary policy and the importance of keeping a medium-term perspective squarely focused on maximizing the economic welfare of the people of Australia.”

RBA Deputy Governor Guy Debelle said in a speech the increase in labor supply in Australia has meant that “the strong employment outcomes in recent years has not generated the pick-up in wages growth that might otherwise have occurred”. He expected “wages growth to remain largely unchanged at its current level over the next couple of years.”

He noted that “dynamics of participation and unemployment flows will have an important bearing on wages growth as well as household income growth”. Also, “the more wages growth is entrenched in the 2’s [2-3 per cent range], the more likely it is that a sustained period of labour market tightness will be necessary to move away from that.”

RBA has so far failed to push unemployment down to the 4.5% level, which should generate sustainable wages growth and inflation. Markets are expecting more policy easing from the central bank next year, including possibility of QE. 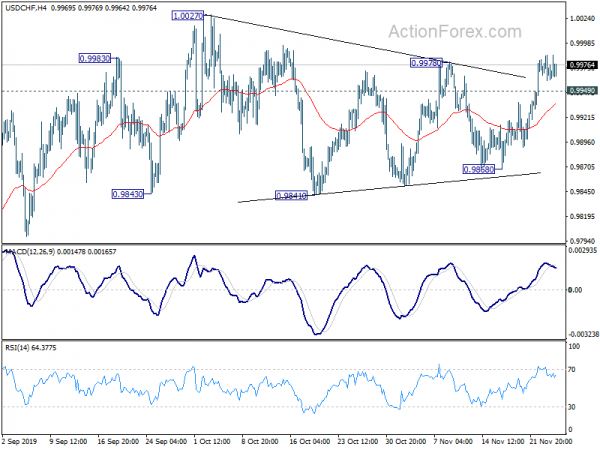 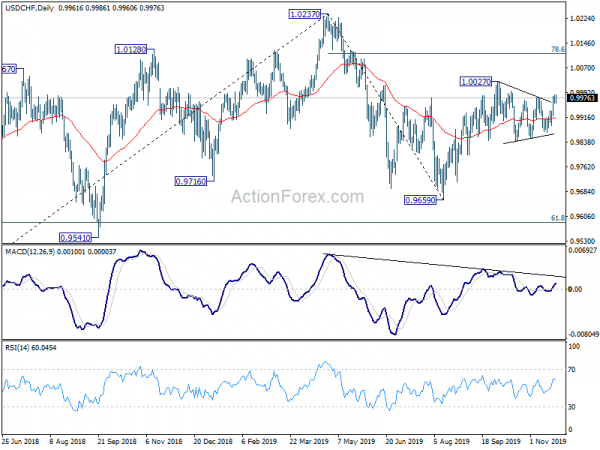