Trading in the forex markets continue to be relative quiet today. Sterling is mildly softer as consolidations continues. It’s weighed down slightly by Boris Johnson’s move to block transition period extension. Australian Dollar is the second weakest after RBA minutes affirm the chance of more easing. On the other hand, Euro is currently the stronger one, helped by the recovery in EUR/GBP. New Zealand Dollar is second strongest, following improvement in business confidence.

Technically, outlooks are generally unchanged though. GBP/USD, GBP/JPY and EUR/GBP are extending this week’s near term consolidation. We’d expect 1.3050 support in GBP/USD, 142.47 support in GBP/JPY and 0.8508 resistance in EUR/GBP to hold, followed by more rally in the Pound later. USD/CHF and USD/JPY are two pairs to watch today, which could hint on the next direction of Dollar. Break of 0.9805 in USD/CHF will extend the fall from 1.0023 towards 0.9659 low. On the other hand, break of 109.72 resistance in USD/JPY will resume the rally from 104.45.

Sterling dips mildly as new development puts the prospect of no-deal Brexit back on table. The newly elected House of Commons will likely have its first vote on the Brexit Withdrawal Agreement on Friday, which will likely be passed with the Conservative’s majority. UK is set to leave the EU on January 31.

However, it’s reported that Boris Johnson will attempt to include text in the legislation that prevents the government from extending the transition period, beyond end of 2020. The move is believed to be based on the Conservative’s manifesto of not extending the implementation first. However, that would also give UK and EU only eleven months to complete the negotiation of a trade agreement, something which usually takes years.

Separately, BoE Governor Mark Carney said that “the worst-case scenario is effectively a no-deal, disorderly Brexit. The probability of that scenario has gone down because of the election result and the intention of the new government”. Nevertheless, “the scenario itself and the risks that we protect the system against has not itself changed, it’s just become less likely.”

Minutes of December RBA meeting suggest that the central bank is still on track to further easing next year, probably in February. Employment and wages growth would remain the main reason for doing so. It’s noted that “current rate of wages growth was not consistent with inflation being sustainably within the target range”. Also, “nor was it consistent with consumption growth returning to trend”. Furthermore, private sector wages growth has indeed “levelled out in recent quarters, following its gentle upward trend of the previous couple of years”.”

ANZ said: “New Zealand businesses are rolling into the end of the year in much better heart than was looking likely just a few months ago, particularly manufacturers. Challenges remain, and time will tell how sustainable the lift in sentiment and activity proves to be, with headwinds for the economy still present and global risks not having gone away, for all that some geopolitical risks are now less prominent. But for now, surprisingly strong commodity prices and low interest rates are working their magic, and 2019 is ending on a much better note than it began.”

UK employment data will be the main feature in European session. Eurozone will release trade balance. Later in the day, US will release new residential construction and industrial production. Canada will release manufacturing shipments. 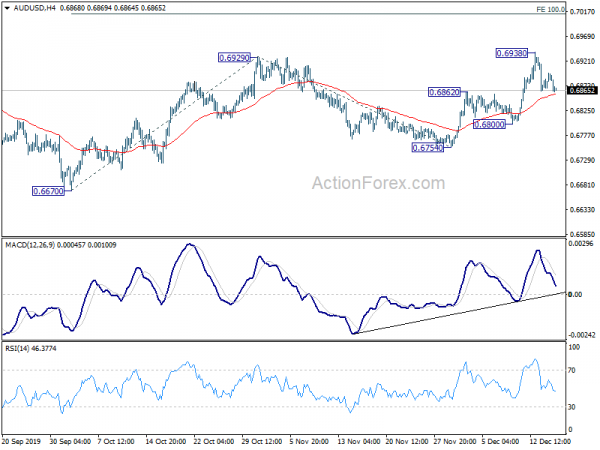 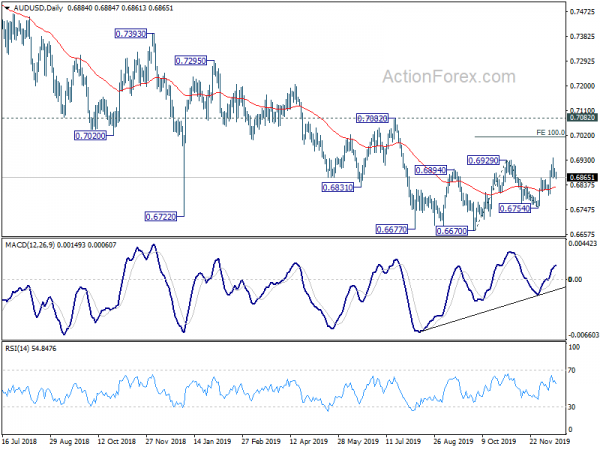