Sterling is sold off broadly today as poor GDP data added to the case of BoE rate cut. Recent comments from BoE officials already suggested that they’re open to easing if data don’t show improvement. The Pound will face more tests from CPI and retail sales later in the week. Yen is following as the second weakest as pressured by surging Germany and US yields. Meanwhile, Swiss Franc and Canadian Dollar the stronger ones so far. Dollar is mixed, awaiting US-China trade deal phase one, to be signed on Wednesday.

Head of GDP Rob Kent-Smith said: “Overall, the economy grew slightly in the latest three months, with growth in construction pulled back by weakening services and another lacklustre performance from manufacturing. The UK economy grew slightly more strongly in September and October than was previously estimated, with later data painting a healthier picture. Long term, the economy continues to slow, with growth in the economy compared with the same time last year at its lowest since the spring of 2012. The underlying trade deficit narrowed as exports grew faster than imports.”

US Chamber: A sigh of relief with China trade deal

US Chamber of Commerce Executive Vice President Myron Brilliant welcomed the phase one US-China trade deal. He said there is “clearly a sigh of relief from both sides” with the agreement. Also, “implementation of Phase 1 will be important to building trust and certainty, building off the success of the negotiation”.

Nevertheless, he emphasized it’s important that the two sides demonstrate a commitment to moving forward on the Phase 2 negotiations”. “Significant challenges” remain regarding the core structural issues.

Shi Jianhua, a senior official at CAAM, said: “We have moved away from the high-speed development stage. We have to accept the reality of low-speed development… We had high-speed growth for a consecutive 28 years, which was really not bad, so I hope everyone can calmly look at the market.”

S&P Global Ratings said Australia’s AAA sovereign rating is not at immediate risk from the devastating bushfires. Credit analyst Anthony Walker said, “we do not believe that these bushfires will affect credit metrics enough to trigger rating changes in the next one to two years”.

“We believe there is capacity within our current ratings on the sovereign and state governments to absorb the fiscal costs, which are relatively small compared with their budgets,” he noted. 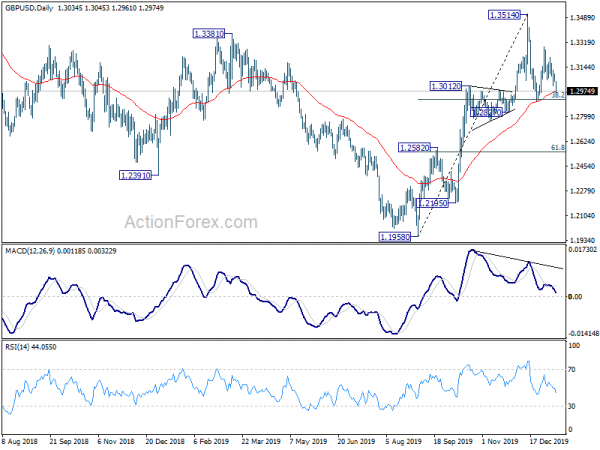