European majors are generally weaker today. Stronger than expected UK PMIs add to the case for BoE to stand pat next week. But the Pound shrugs off the data. Euro also receive no particular support from PMIs, which signals that the economy failed to pick up momentum for recovery. Dollar and Canadian are currently the strongest ones for today. Over the week, Euro and Canadian are the weakest as both suffered selloffs after respective central bank meetings Sterling is the strongest, followed by Yen.

Canada retail sales rose 0.9% mom to USD 51.5B in November, well above expectation of 0.6% mom. That also largely offset the -1.1% mom decline in October. However, the growth was primarily attributable to highest sales at motor vehicle and parts dealers. Ex-auto sales grew merely 0.2% mom, below expectation of 0.5% mom. Overall, sales were up in six provinces and all census metropolitan areas.

Chris Williamson, Chief Business Economist at IHS Markit, said: “The survey data indicate an encouraging start to 2020 for the UK economy… The survey is indicative of GDP rising at a quarterly rate of approximately 0.2% in January, representing a welcome revival of growth after the malaise seen in the closing months of 2019…”It seems likely that the rise in the PMI kills off the prospect of an imminent rate cut by the Bank of England, with policymakers taking a wait and see approach as they assess the performance of the economy in the post-Brexit environment.”

Andrew Harker, Associate Director at IHS Markit said: “While the year may have changed, the performance of the eurozone economy was a familiar one in January. Output growth was unchanged from the modest pace seen in December, signalling that the economy failed again to record a pick-up in growth momentum.

“Overall, a stable picture for both growth and inflation will likely reassure the European Central Bank that they are safe to keep monetary policy fixed for now while carrying out a strategy review.”

Phil Smith, Principal Economist at IHS Markit said: “A number of positive takeaways from January’s flash PMI survey suggest the storm clouds over the German economy may be starting to clear. The drag from the downturn in manufacturing continues to ease as the sector moves closer to stabilisation, while the services economy is back growing at a robust pace.

France PMI composite dropped to 51.5, but private sector stays in expansion in the near term

Pollyanna De Lima, Principal Economist at IHS Markit said: “The flash PMI data continued to show a slowdown in economic growth across France.” but “Encouragingly companies across both sectors are in buoyant mood regarding the year-ahead outlook for business activity, with optimism at a nine-month high. This upbeat growth projections continued to drive job creation and should ensure the private sector stays in expansion territory in the near-term.”

In the minutes of December BoJ meeting, some members expressed concerns that gloomy global outlook could underscores market expectations. A few members noted “considering the risk that overseas economies could recover only to a small extent or slow further, the outlook for exports could not be viewed optimistically.”

Falling global demand might also hurt household income. Some noted that “Close attention should be paid to how developments in corporate profits … would affect winter bonuses.” Capital spending has shown signs of weakness, which is a “matter of concern” too.

CBA Chief Economist, Michael Blythe said: “The January ‘flash’ results show the softness in the Australian economy at the end of 2019 has spilled over into the early part of 2020.” But, “the gloom should not be overdone. Key leading indicators like new orders and employment are showing a notably stronger result than the ‘headline’ PMI readings. And expectations about future business remain at encouraging levels”. 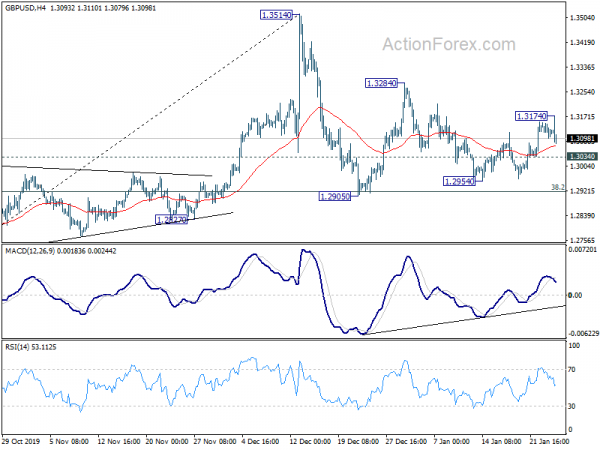 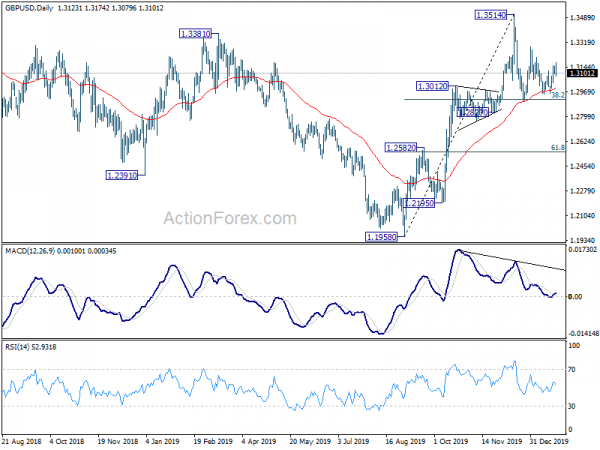