While the US continues to post scary job numbers, the markets couldn’t care less. Investors know the numbers would be bad and it doesn’t matter how bad they are. The point is, there has to be an end to the coronavirus pandemic, which originated from China. Otherwise, the economy will just continue to turn from worse to… even worse.

Dollar picked up some buying earlier today and remains firm. It’s set to close as the strongest one for the week. On the other hand, Euro is currently the weakest one. However, Sterling’s selloff is starting to pick up. There are still a few hours to go before we know who’s the worst performing.

Eurozone retail sales grew 0.9% mom in February, versus expectation of 0.1% mom. The volume of retail trade increased by 2.4% for food, drinks and tobacco and 0.2% for non-food products, while automotive fuels fell by 0.1%.

Chris Williamson, Chief Business Economist at IHS Markit said: ” The data indicate that the eurozone economy is already contracting at an annualised rate approaching 10%, with worse inevitably to come in the near future… No countries are escaping the severe downturn in business activity, but the especially steep decline in of Italy’s service sector PMI to just 17.4 likely gives a taste of things to come for other countries as closures and lockdowns become more prevalent and more strictly enforced in coming months… The ultimate economic cost of the COVID-19 outbreak cannot be accurately estimated until we get more clarity on the duration and scale of the pandemic.”

Tim Moore, Economics Director at IHS Markit: “With the UK economy now almost certain to experience a deep contraction in the second quarter of the year, perhaps the most important aspect of the Services PMI to watch for hopeful signs will be any recovery in the business expectations sub-index from the record low seen in March.”

Japan PMI Services dropped to 33.8 in March, down from 46.8. The index was close to record low seen in February 2009 (33.7). PMI Composite dropped to 36.2, down from 47.0. Markit said that output fell at near record pace as coronavirus pandemic hits demand. Employment declined as operating requirements slumped. Also, business activity was expected to fall sharply over the coming 12 months.

Joe Hayes, Economist at IHS Markit, said, latest data showed that the economic impact from coronavirus pandemic “has become widespread”. The sharp fall signals “how aggressive and sudden the drop in activity has been”. The combined manufacturing and services PMI already point to “GDP contracting at an annual of around 8%”. If the outbreak were to escalate in Japan, Q2 GDP could be “poised for an annual decline in excess of 10%”.

The Asian Development Bank slashed China’s growth forecast to just 2.3% in 2020 on coronavirus pandemic. Though, it expects a strong bounce back of 7.3% in 2021. ADP noted warned that a new round of domestic infection of further global spread could “increasingly dampen investor sentiment, consumer spending, credit sustainability, and overall economic activity”. Revival of trade conflict with the US is another risk.

China Caixin PMI Services recovered to 43.0 in March, up from 26.5. PMI Composite rose from 27.5 to 46.7, second lowest reading in 11 years. Caixin said that business activity and new work both declined at slower rates, but employment fell at quickest pace on record. Output charges also cut at fastest rate since April 2009.

Zhengsheng Zhong, Chairman and Chief Economist at CEBM Group said: “The recovery of economic activity remained limited in March, although the domestic epidemic was contained. In the first two months this year, China’s value-added industrial output and services output dropped 13.5% and 13% year-on-year, respectively.

“Estimates suggest their declines haven’t been as steep in March and the country’s first-quarter GDP is likely to have dropped significantly. Such a situation requires policymakers to cut this year’s GDP growth target and step up countercyclical efforts to support areas like consumption and infrastructure, particularly given the accelerated contraction in the service sector job market.”

Australia AiG Construction Index dropped to 37.9 in March, down from 42.7. That’s the lowest level since May 2013. Across the four construction sectors, the house building sector indicated modest growth for a fourth consecutive month (trend). Contractions in the apartment and commercial construction sectors were steeper (a lower index result), while the contraction in engineering construction activity eased slightly in March. 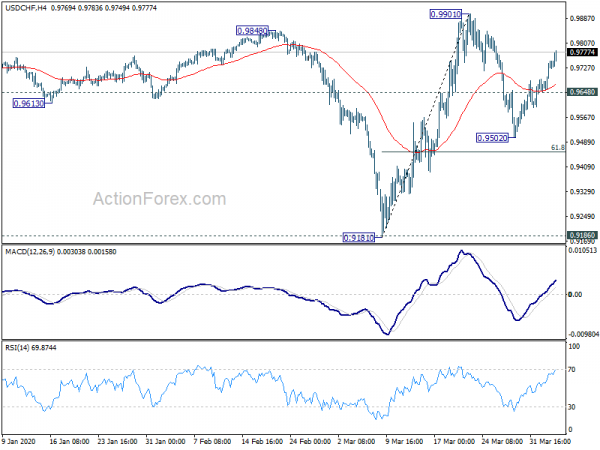 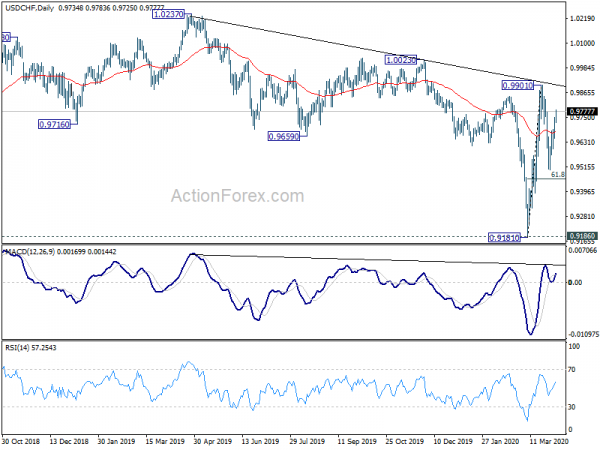