Asian markets are trading up mildly as the week starts, after coronavirus deaths in New York State fell for the first time. Italy also reported the fewest deaths in more than two weeks. However, investors remain cautious as it’s still almost impossible to forecast the full impact of the pandemic. In the currency markets, Yen and Swiss Franc are the weaker ones. They’re joined by Sterling on news that Prime Minister Boris Johnson was hospitalized after suffering persistent coronavirus symptoms for 10 days. Australian Dollar is leading other commodity currencies higher.

Consumer confidence in UK had record drop after coronavirus lockdown

In an interim COVID-19 flash report, Gfk said UK consumer confidence index has dropped sharply by -25pts to -34, between March 16 and 27. That’s the biggest fall since record began in January 1974.

Joe Staton, GfK’s Client Strategy Director, says: “Our COVID-19 ‘flash report’ shows a dramatic result with consumer confidence falling off the cliff in the last two weeks of March. The last time we saw such a decline was during the 2008 economic downturn. Our falling confidence in our personal financial situation and the wider economy reflects the new concern for many across the UK. Despite record grocery sales, and recent peaks for purchases of freezers, TVs and home office equipment as people prepared for a long period in the home, the Major Purchase Index is down 50 points – a stark picture for some parts of the retail industry in the short to medium term.”

Spanish Prime Minister Pedro Sanchez urged Europe to “build a wartime economy and promote European resistance, reconstruction and recovery” as the country became the most coronavirus infected country in the continent. Total confirmed cases surged pass 131k, taking over Italy’s near 129k. There were 12,641 deaths recorded, comparing with Italy’s 15,887.

In a piece in Guardian, Sanchez said Europe “must start doing so as soon as possible with measures to support the public debt that many states, including Spain, are taking on. And it must continue to do so when this health emergency is over, to rebuild the continent’s economies by mobilising significant resources through a plan we are calling the new Marshall plan and which will require the backing of all of the EU’s common institutions.”

“In the coming months, the EU member states will inevitably take on greater volumes of debt to deal with the consequences of what is not just a health crisis, but an economic and social crisis,” he added. “That is why the response cannot be the same as that envisaged for asymmetric economic shocks, such as a financial or banking crisis in a single state or group of states. If the virus does not respect borders, then nor should financing mechanisms.”

RBNZ Governor Adrian Orr said in a article said the central bank recognized the “threat of COVID-19 to our collective well-being “. It will “keep monetary support going for as long as necessary through QE and other tools.”

He also noted that there are “some very hard yards ahead” while “some businesses will fail, unemployment will rise”. But “many firms will make it through this period through working with their bankers and their own team, and understanding and utilising the Government’s significant and expanding support packages”

He urged New Zealanders to “support each other, think beyond just the next six months or more, and visualise the role you can and will play in the vibrant, refreshed, sustainable, inclusive New Zealand economy.

OPEC meeting as the main risks for the week. RBA decision, FOMC and ECB minutes featured too

OPEC meeting, tentatively scheduled for April 8, will be the main risk of the week. It remains uncertain whether Saudi Arabia and Russia could agree on cutting production to stop price war. In particular, US is now dragged into the negotiations as it refuses to lower production of shale oil.

RBA will meet this week and it’s widely expected to stand pat after delivering all the emergency measures in March already. Fed and ECB will release meeting minutes but are unlikely to reveal anything new. On the data front, Eurozone investor confidence, Canada employment and US jobless claims will catch most attention. Any other data for the period before the coronavirus will likely be shrugged off. 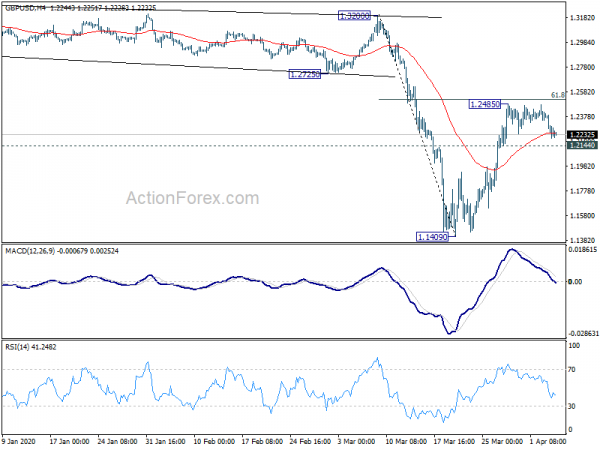 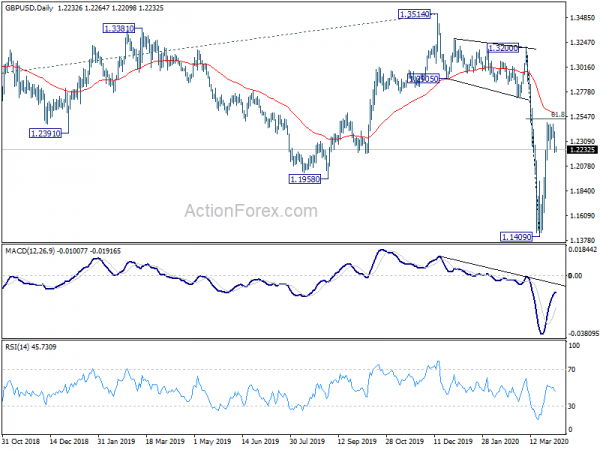