Return to risk appetite is a main theme in the markets as another week starts. Another rate move by China’s PBoC support sentiments in general. Yen drops broadly as a result while Canadian and Australian Dollar strengthen. Though, New Zealand Dollar is somewhat under pressure ahead of this week’s RBNZ rate decision. Dollar is also mixed, awaiting guidance from Fed officials regarding their views on negative interest rates.

Technically, while AUD/USD edges higher at open, it’s struggling to rise through 0.6569 resistance so far. This resistance will be watched for confirming resumption of whole rebound form 0.5506. Dollar appears to be trying to pick-up some upside. In particular, USD/JPY is heading to 107.49 minor resistance. Break will suggest short term bottoming, and possibly completion of corrective fall from 111.71 too.

China’s central bank PBoC announced on Sunday to lower the standing lending facility rate by -30bps. Overnight, seven-day and one-month borrowing costs were lowered to 3.05%, 3.20% and 3.55% respectively. The move was a catch up to similar reductions in other liquidity tools as part of the coronavirus relief measures.

PBoC also said in the quarterly monetary policy implementation report that “prudent monetary policy will be more flexible and appropriate”. It will maintain liquidity at a “reasonably ample level”. It will also continue to deepen the reform of the loan prime rate regime and improve monetary transmission mechanism.

However, the phrase of avoiding “excess liquidity flooding the economy” was omitted.

In the summary of opinions of BoJ’s April 27 meeting, it’s warned that a “rapid economic contraction not seen since the Great Depression in the 1930s may occur in the short run”. And, policy authorities “must act decisively to avoid a second Great Depression”. Close cooperation between fiscal and monetary policies is “essential at the time of a significant economic crisis”.

It’s also noted the assumptions that the pandemic will subside soon and “economic structure before and after that happens will not change”. However, due to “extremely high uncertainties”, it’s necessary for BoJ to factoring in the “such assumptions might not be realized”.

New Zealand ANZ business confidence recovery to -45.6, glimmer of light at the end of a very long tunnel

New Zealand ANZ Business Confidence rebounded from -66.6 to -45.6 in May’s preliminary reading. Own activity outlook rose from -55.1 to -42.0. Looking at some details, a net 45% of firms expect to cut jobs and a net 38% expect to reduce investment. A net 30% of firms expect lower capacity utilization.

ANZ said: “As New Zealand emerges from a highly successful lockdown there’s a glimmer of light, but it’s at the end of a very long tunnel. Reducing virus cases to negligible levels sharply reduces a huge downside risk for businesses, but it’s clear that very tough times nonetheless lie ahead. The economic damage wrought by the lockdown is only starting to emerge; Level 2 still isn’t ‘normal’ for many businesses; and the global situation remains dire.”

Fed Kashkari: Worst is yet to come on job front

Minneapolis Fed President Neel Kashkari said on Sunday, economic recovery will likely to be “slow” and “gradual”. “The virus continues to spread. And when we look around the world, there is evidence that when countries relax their economic controls, the virus tends to flare back up again,” he said. “The longer this goes on, unfortunately, the more gradual the recovery is likely to be.”

He also warned, “the worst is yet to come on the job front, unfortunately,” referring to the historic job data released last week. “It’s really around 23, 24% of people who are out of work today,” he added. “Congress is going to need to continue to give assistance to workers who’ve lost their jobs,” he said.

SNB Chairman Thomas Jordan said over the weekend that “we unfortunately have no choice but to maintain the negative interest rate”. Otherwise, the Swiss Franc would be “massively more attractive” and the financing condition for the economy would be “much worse”. He repeated that “the negative interest is necessary at the moment to avert major damage to Switzerland.”

He also emphasized again that the central bank is “active in the foreign exchange markets to reduce the pressure on the Swiss franc”. “We deliberately never report our transactions in detail, but I would like to emphasize that we are making a substantial commitment,” he said. “The appreciation on the franc as a safe haven has become enormous,” he added. “Without the SNB’s monetary policy we would see a completely different franc exchange rate in the current situation.”

Jordan also said SNB “still have room to manoeuvre” on interest rates. But today, “we are focusing on interventions on the foreign exchange market to limit the pressure on the franc.”

Negative interest rates might occupy some headlines this week

The topic of negative interest rate might catch some more headlines again this week. Dollar has been under some pressure late last week as traders started to prince in negative rates in 2021. Economists seemed to have objected such idea. Fed chair Jerome Powell will have a chance to clarify his own stance with a speech on Wednesday. Also, other Fed policymakers could give their views too.

RBNZ policy decision is another focus. There are some expectations for the central to ramp up its asset purchase program from the current NZD 30B per year, probably by doubling. There are speculations that RBNZ could eventually go into negative rates later this year. The chance of that happening could depend on governor Adrian Orr’s comments, as well as RBNZ’s forward guidance.

There are also a number of important economic data scheduled too. Here are some highlights for the week: 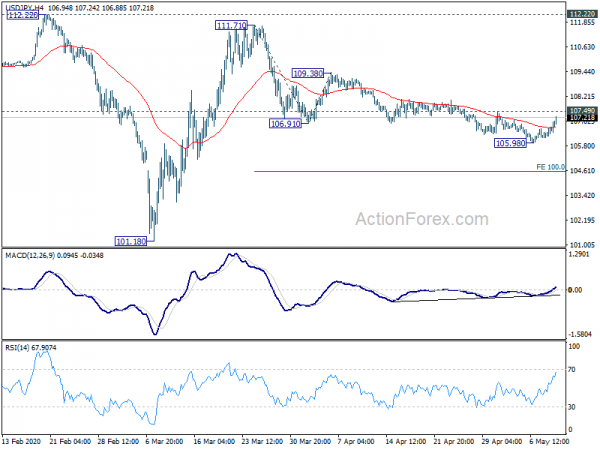 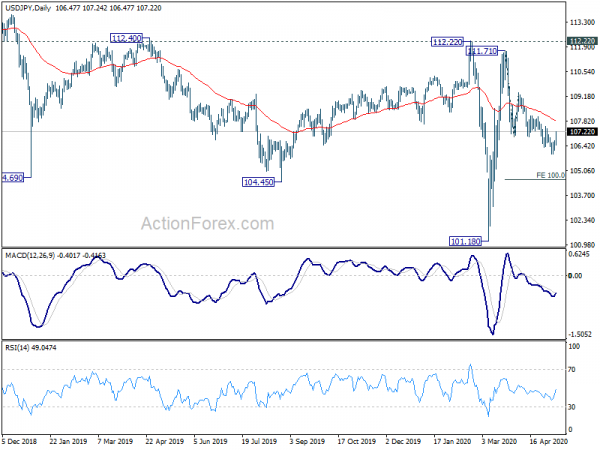