Good trade surplus deficit widened to USD -74.3B in May, larger than expectation of USD -68.0B.

In the accounts of June 3-4 ECB monetary policy meeting it’s noted there was “broad agreement” among Governing Council member to reiterate that the central bank “continued to stand ready to adjust all of its instruments, as appropriate”. This include further adjusting the size and composition of the PEPP, as well as the full range of instruments including the TLTROs, policy interest rates and forward guidance.

Governing Council members underlined that the sharp of economy recovery would “depend crucially on how consumption and investment evolved under the present uncertainties.” That also depends on whether the coronavirus pandemic leads to “longer-lasting changes in the behaviour of economic agents”.

In particular, he expected pattern of the “saving ratio” was seen as a “key issue”. Some concerns was expressed that “expecting a full unwinding of higher savings might be too optimistic, as protracted uncertainty might keep the ratio higher for longer”.

“The faint light at the end of the tunnel, which was already apparent last month, is apparently getting somewhat brighter,” explains Rolf Bürkl, GfK consumer expert. “The extensive support provided by the economic stimulus packages, such as the announcement of a temporary reduction in value-added tax (VAT), is certainly a contributing factor. Provided that retailers and manufacturers also pass these reductions on to consumers, it can be assumed that one or two planned purchases will instead be made in the second half of 2020, thereby supporting consumption this year.”

UK CBI Realized Sales rose to -37 in June, up from -50, worst than expectation of -35, indicating the retail sales dropped at a slower pace. Decline for July is expected to be even worse at -48. 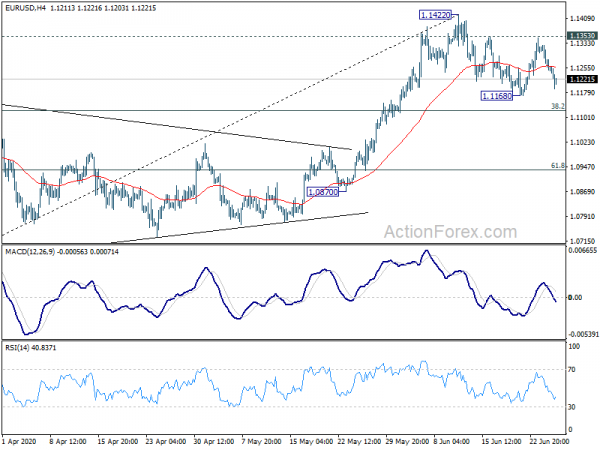 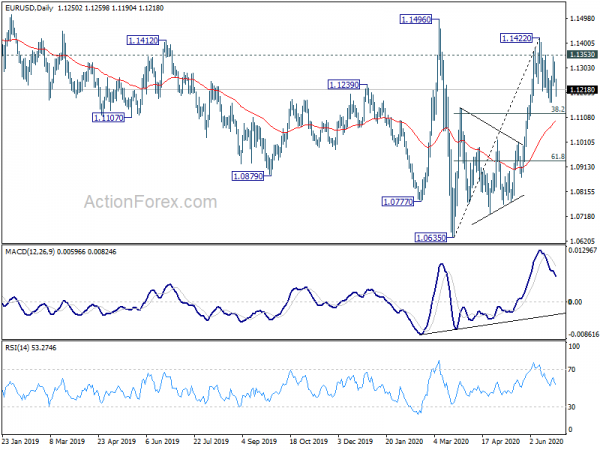