Euro Higher in Consolidative Markets, Yet to Break Resistance Against Dollar

European majors turn slightly stronger today, in mixed markets. Euro appears to be supported by news that US is refraining from tariffs hikes on Airbus subsidies retaliation. Though, except versus Yen, Euro’s strength is not too convincing yet. Dollar turns soft again following strong rally in US stocks overnight. But surprisingly, commodity currencies are not riding on solid risk-on sentiments at all. Even a set of positive job data from Australia is not able to lift the Aussie. Focus will now turn to jobless claims from US later in the day.

Technically, USD/CAD’s breach of 1.3233 support suggests resumption of decline from 1.4667. But AUD/USD is held well below equivalent resistance at 0.7243. NZD/USD is also well below 0.6715 resistance. While Euro and Sterling are firm, EUR/USD is held below 1.1916 resistance and GBP/USD below 1.3185 resistance. USD/CHF is held above 0.9050 support. That is, dollar pairs are still generally range bound. 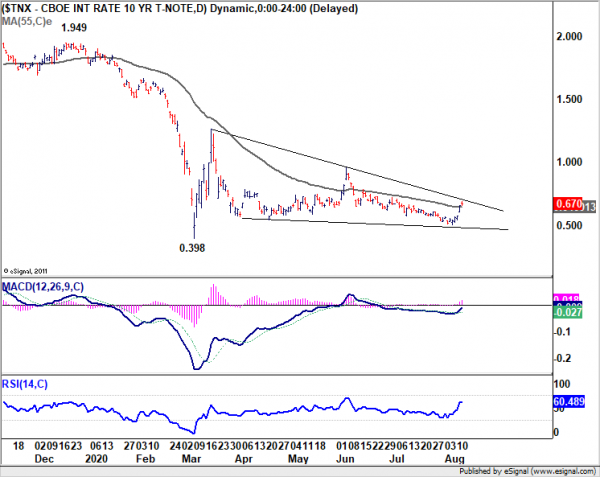 US holds off tariff hike on EU, to start new negotiations instead

The US held off from a threatened tariff hike on EU products regarding the 16-year Airbus subsidies dispute, and signal its willingness to go back to negotiation table. The amount of products subject to the tariffs are kept unchanged at USD 7.5B, with 15% rate for aircraft and 25% on for other products.

“The EU and member states have not taken the actions necessary to come into compliance with WTO decisions,” Trade Representative Robert Lighthizer stated. “The United States, however, is committed to obtaining a long-term resolution to this dispute. Accordingly, the United States will begin a new process with the EU in an effort to reach an agreement that will remedy the conduct that harmed the U.S. aviation industry and workers and will ensure a level playing field for U.S. companies. ”

“The Commission acknowledges the decision of the U.S. not to exacerbate the ongoing aircraft dispute by increasing tariffs on European products,” an EU official said in response. “The EU believes that both sides should now build on this decision and intensify their efforts to find a negotiated solution to the ongoing trade irritants.”

Dallas Fed President Robert Kaplan said the resurgence in coronavirus has “muted the recovery” of the economy. While unemployment rate could fall to 9% or below by year end, “it requires adherence to protocols particularly wearing masks…If we don’t follow that, while people may feel freer, the economy will grow slower.”

Boston Fed President Eric Rosengren also warned, “limited or inconsistent efforts by states to control the virus based on public health guidance are not only placing citizens at unnecessary risk of severe illness and possible death – but are also likely to prolong the economic downturn.”

San Francisco Fed President Mary Daly said she expects recovery to be slow and gradual, depending on the coronavirus. A V-shaped recovery is not expected. “As we get more information about how the virus will affect the economy, we will be thinking about how can we use forward guidance to telegraph to people, to signal to markets, households and businesses what our intentions are in terms of supporting the economy going forward”, she said.

Also, with resurgence in infections, more stimulus is needed for the economy. “It’s becoming quite clear that the virus will be with us for longer and more vigorously than anyone had hoped for,” she said in an interview Tuesday. “The length of the support that the economy is going to need, before we can ever stimulate the economy, it just has to be longer.”

RBNZ Deputy Governor Geoff Bascand said resurgence of coronavirus infections is “a major risk to out outlook”. “If we get periods of resurgence and have longer lockdown periods then the unfortunate consequence of that is we will see downside risks to our outlook…things will be worse. We would have to consider doing more in terms of our monetary stimulus,” he said.

While New Zealand has been doing better domestically, “this is a big economic shock and its not over,” he added. “It was a little bit of wonderful feeling when we had 100 days of containment, but its a long haul to recovery”.

Separately, chief economist Chief Economist Yuong Ha said the central bank would like a weaker exchange rate and lower bond yields. The expansion of QE from NZD 60B to NZD 100B reflects that intention. Negative rate remains a policy option for RBNZ, but it’s not inevitable.

US jobless claims will be a major focus today while import price index will also be released. 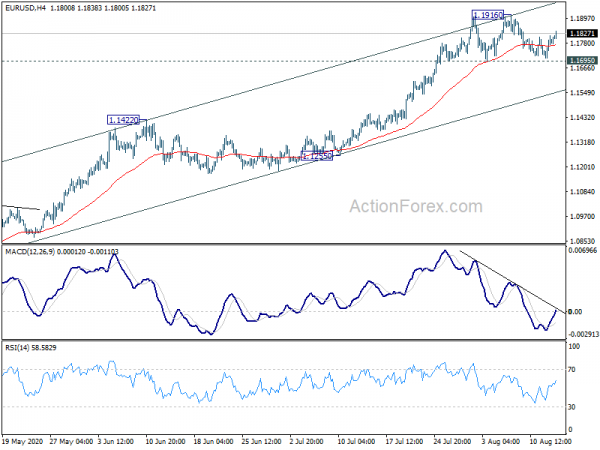 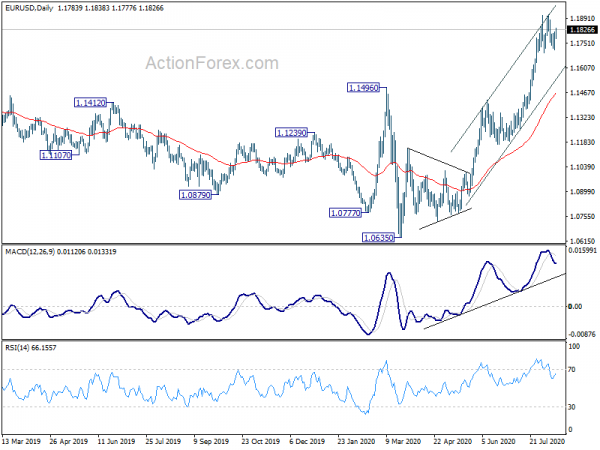