Dollar continues to trade with a soft tone despite better than expected jobless claims data. The decline in claims data is seen more as a result of expiration USD 600 a week supplemental federal benefits, rather than the improvement in the labor market conditions. For now, though, New Zealand Dollar and Yen are the worst performing for today, with the latter pressured by further rally in treasury yields. European majors continue to trade higher with Sterling the strongest.

Technically, Yen’s selloff is staying in acceleration mode. CAD/JPY’s rally from 77.61 is in progress as long as 79.86 support holds. Consolidation from 81.91 should have completed with three waves down to 77.61. We’d expect a break of 81.91 resistance in near term. GBP/JPY has resumed the rise from 123.94 towards 141.07 projection level. We’ll watch for sign of acceleration above there. EUR/JPY is also on track to 129.32 projection level. 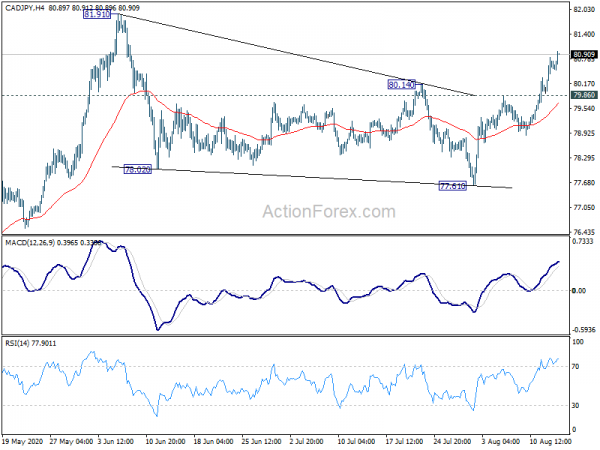 US initial claims dropped to 963k, below 1m for the first time since pandemic

RBNZ Deputy Governor Geoff Bascand said resurgence of coronavirus infections is “a major risk to out outlook”. “If we get periods of resurgence and have longer lockdown periods then the unfortunate consequence of that is we will see downside risks to our outlook…things will be worse. We would have to consider doing more in terms of our monetary stimulus,” he said.

While New Zealand has been doing better domestically, “this is a big economic shock and its not over,” he added. “It was a little bit of wonderful feeling when we had 100 days of containment, but its a long haul to recovery”.

Separately, chief economist Chief Economist Yuong Ha said the central bank would like a weaker exchange rate and lower bond yields. The expansion of QE from NZD 60B to NZD 100B reflects that intention. Negative rate remains a policy option for RBNZ, but it’s not inevitable. 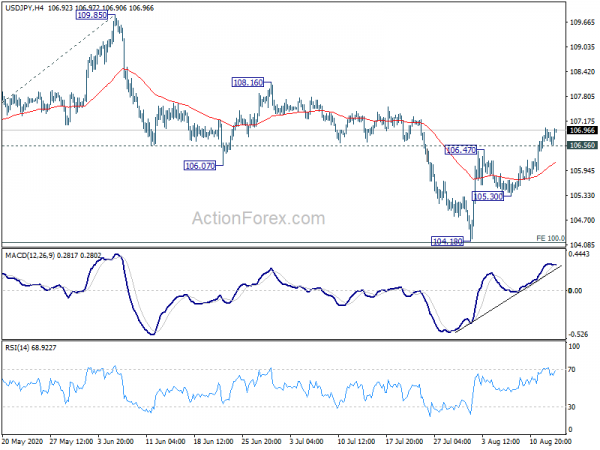 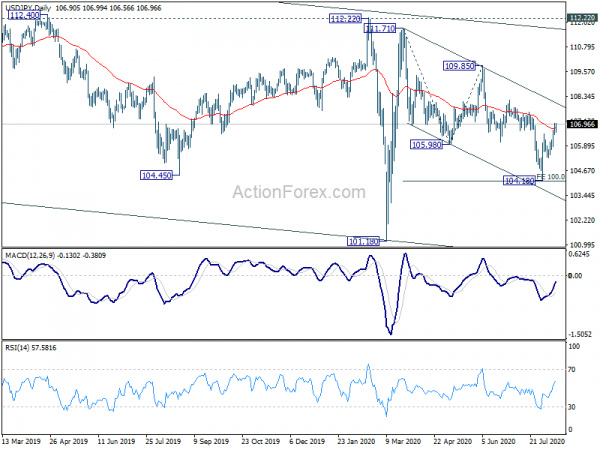