Dollar Rebounds but Reversal Not Warranted Yet, Gold and Stocks Fall

Dollar staged a strong rebound overnight, reversing all of prior day’s losses. The uninspiring FOMC minutes were a lift in a way that it provided no dovish elements for further selloff. Yet, the greenback is kept well below near term resistance levels against all major currencies. It also remains the second worst performing one for the week, next to Swiss Franc, for the time being. A reversal is not warranted yet. Dollar will probably need some guidance from today’s jobless claims data. As for the week, Yen is currently the strongest, followed by Canadian. 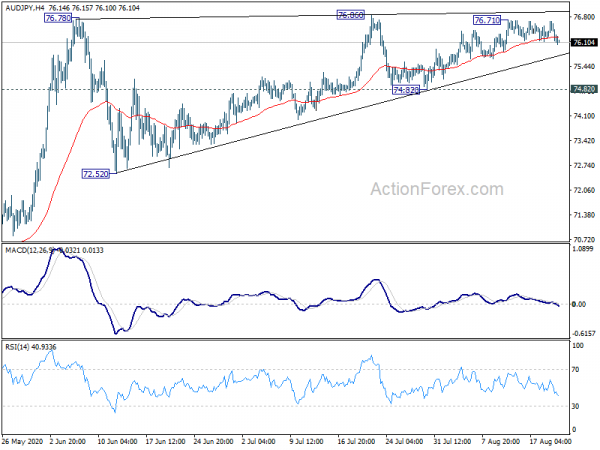 FOMC Minutes: Yield caps and targets not warranted in the current environment

The minutes of the July 28-29 FOMC minutes provided little inspiring regarding economic and policy outlook. Members g “agreed that the ongoing public health crisis would weigh heavily on economic activity, employment, and inflation in the near term and was posing considerable risks to the economic outlook over the medium term.” Also, “a highly accommodative stance of monetary policy would likely be needed for some time to support aggregate demand and achieve 2 percent inflation over the longer run.”

On the issue of yield curve control, most participants “judged that yield caps and targets would likely provide only modest benefits in the current environment, as the Committee’s forward guidance regarding the path of the federal funds rate already appeared highly credible and longer-term interest rates were already low.”

“In light of these concerns, many participants judged that yield caps and targets were not warranted in the current environment but should remain an option that the Committee could reassess in the future if circumstances changed markedly,” the minutes added.

S&P 500 hit new record of 3399.54 but retreated mildly after FOMC minutes, closing down -0.44% at 3374.85. Upside momentum appears to be diminishing as the index presses prior record of 3393.52. Daily MACD is struggling around signal line, in accordance with indecisive price actions.

For now, outlook will remain bullish as long as 3279.99 resistance turned support holds. An eventual firm break of 3393.52 and a record run is still in favor. But break of this first line of defence will be a strong sign of rejection by 3393.52 resistance. Focus will then turn to 55 day EMA (now at 3209.72), for further indication of near term bearish reversal.

Dollar index staged a notable rebound overnight to close at 92.88, comparing to this week’s low at 92.12. The fact that it’s quickly back inside prior range above 92.54 support is a sign of stabilization. Daily MACD also stays above signal like after this week’s spike low. 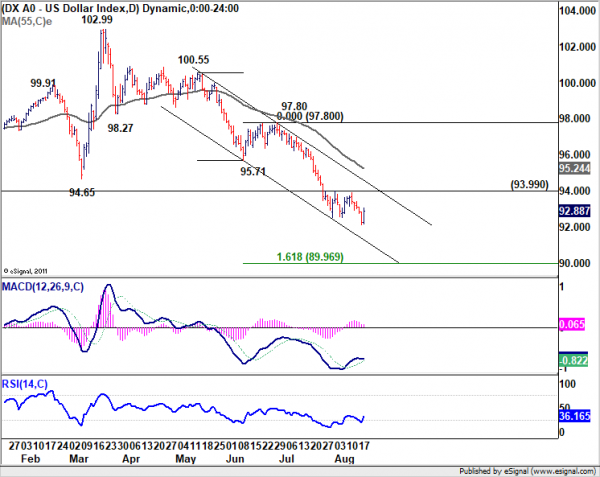 Gold extends consolidation with another down leg towards 1862 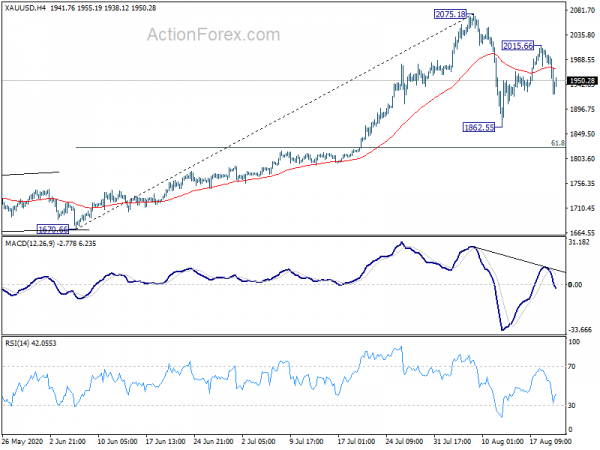 RBNZ Assistant Governor Christian Hawkesby said in a speech, “in an environment of where the Official Cash Rate (OCR) is near its lower limits, the size and composition of our balance will inevitably become a more active tool for our monetary policy decisions.”

He also emphasized the goal of the Large Scale Asset purchase program was “not to maximise our profits or dividend from the activities on our balance sheet”. Instead, “we use our balance sheet to achieve our ultimate policy objectives of monetary and financial stability.”

“We recently expanded our LSAP programme up to $100 billion and are preparing the groundwork to use additional tools if needed such as a negative OCR or Funding for Lending Programme (FLP) in order to achieve our remit and ensure the long term prosperity of New Zealanders,” Hawkesby added.

ECB monetary policy meeting accounts will be the main focus in European session today. Germany PPI, Swiss trade balance and UK CBI industrial order expectations will also be featured. Later in the day, main focus will be on whether initial jobless claims could stay below 1m handle. Philly Fed survey will also be released.

Intraday bias in USD/CAD is turned neutral with a temporary low formed at 1.3133. Some consolidations could be seen but further decline is expected as long as 1.3271 resistance holds. Break of 1.3133 will resume the fall from 1.4667 to long term fibonacci level at 1.3056. Nevertheless, considering bullish convergence condition, firm break of 1.3271 should confirm short term bottoming. Intraday bias will be turned back to the upside for rebound to 55 day EMA (now at 1.3460). 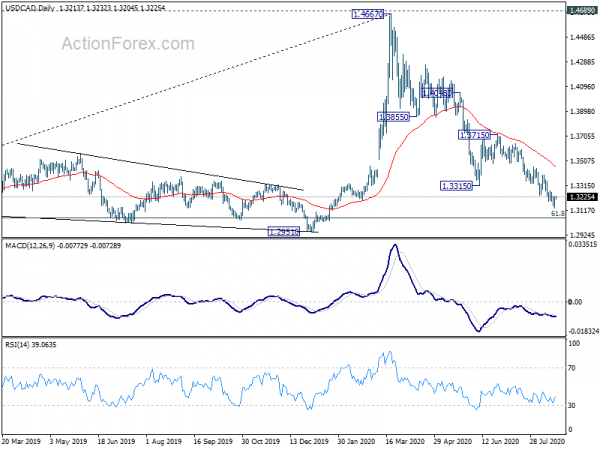