Global financial markets seemed to have turned into risk-off mode today, after both Fed and ECB sounded very cautious regarding economic outlook in their minutes. Swiss Franc extended recent volatility trading and gains broadly, followed by Sterling and Yen. On the other hand, New Zealand Dollar completed this week’s recovery and resumed recent selloff. It’s followed by Australian Dollar as the second weakest. Dollar is mixed for now, having little reactions to jobless claims data. The greenback is not giving up on its rebound attempt yet, but it’s no committing to further rise too. 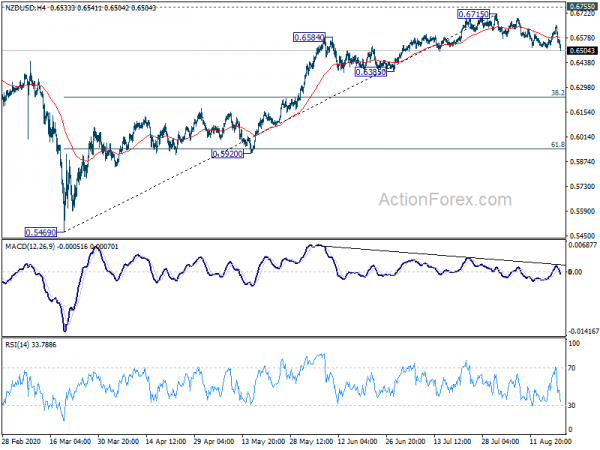 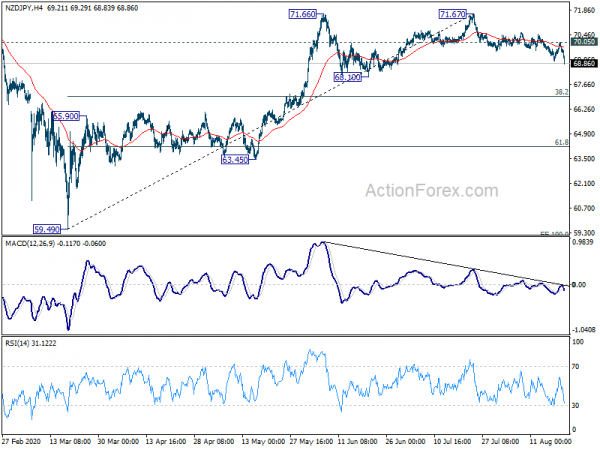 A focus for the rest of the week is whether AUD/JPY would join the party by breaking through the near term trend line support, to start corrective the whole rise from 59.89. 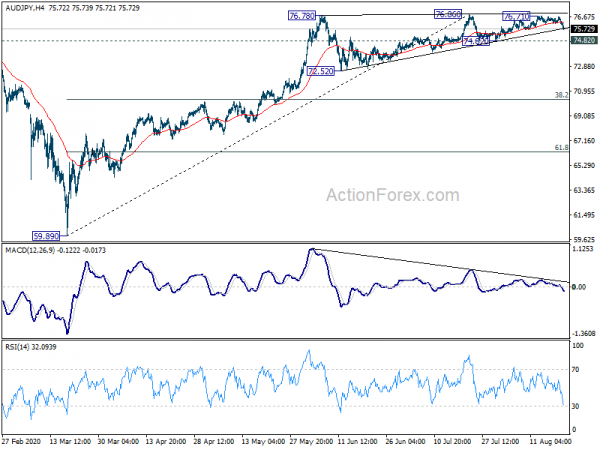 US initial claims rose back to 1.1m, continuing claims down to 14.8m

US initial jobless claims rose 135k to 1106k in the week ending August 15, back above 1m level. It’s also above expectation of 990k. Four-week moving average of initial claims dropped -79k to 1176k.

Philadelphia Fed Manufacturing Outlook dropped -7 pts to 17.2 in August, below expectation of 21.0.

Chinese Commerce Ministry spokesman Gao Feng said at regular press briefing that China and the US have agreed to hold trade talks “in the coming days” for evaluation on the implementation of the phase 1 trade deal. However, there was no further elaboration on the details of the meeting, nor any exact data.

The comments were in contrast to White House Chief of Staff Mark Meadows’, who said “there are no rescheduled talks … at this point”. Trade Representative ” Lighthizer continues to have discussions with his Chinese counterparts involving purchases and fulfilling their agreements.”

The trade deal review was originally scheduled for August 15. But US President Donald Trump indicated on Tuesday, “I postponed talks with China. You know why? I don’t want to deal with them now…  What China did to the world was not even thinkable. They could have stopped (the virus).”

ECB accounts: Recent market developments might be based on overly optimistic expectations

In the accounts of July 15-16 monetary policy meeting, ECB warned that “recent positive market developments were not fully backed by economic data”. They might be based on “overly optimistic expectations” about the Next Generation EU recovery package, and progress on vaccine development.

“A highly accommodative monetary policy stance continued to be appropriate on account of the subdued medium-term outlook for price stability, characterised by inflation expectations standing near historical lows and significant economic slack. Careful monitoring was warranted while uncertainty about economic outlook remained elevated. Current monetary stance was seen as “adequate” and a “recalibration” was “not deemed necessary”

Looking ahead, additional information, including more hard data releases, new staff projections and news on fiscal measures, would become available by September. That would provide “more clarity regarding the medium-term inflation outlook”. “In any case, at its September meeting the Governing Council would be in a better position to reassess the monetary policy stance and its policy tools.”

In a joint statement, ECB, BoE, BoJ and SNB said they will lower the frequency of 7-day US dollar liquidity providing operations starting September 1. 7-day USD operations will be carried out once per week, instead of three times per week. 84-day operations will continue to be offered weekly.

RBNZ Assistant Governor Christian Hawkesby said in a speech, “in an environment of where the Official Cash Rate (OCR) is near its lower limits, the size and composition of our balance will inevitably become a more active tool for our monetary policy decisions.”

He also emphasized the goal of the Large Scale Asset purchase program was “not to maximise our profits or dividend from the activities on our balance sheet”. Instead, “we use our balance sheet to achieve our ultimate policy objectives of monetary and financial stability.”

“We recently expanded our LSAP programme up to $100 billion and are preparing the groundwork to use additional tools if needed such as a negative OCR or Funding for Lending Programme (FLP) in order to achieve our remit and ensure the long term prosperity of New Zealanders,” Hawkesby added. 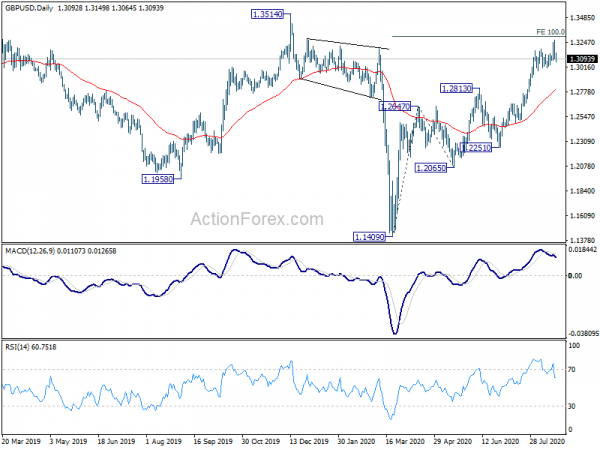