Yen Down on Surging Yield, Rebounds on Abe Resignation Talks

Dollar spiked lower overnight after quickly stabilized, as supported by surge in treasury yields. Fed Chair Jerome Powell announced that adoption of “average inflation targeting”. That goes beyond the “symmetric” targeting, and allows inflation to overshoot to average out at 2% over time. While there was some initial jitters after Powell noted the overshoot would be “moderate”, traders eventually made up their mind in pushing yields higher.

Yen tumbled broadly and sharply as a result of the strong rally in yields. However, it’s rebounding in Asia afternoon. Japanese markets turn into risk aversion mode on rumors that Prime Minister Shinzo Abe is going to resign on health issue. We’ll see how the overall situation unveil later in the day.

10-year yield rose 0.059 to close at 0.746, resuming the rebound form 0.504. The notable support from 55 day EMA is a positive development for TNX. It should now be on track to take on June’s resistance at 0.957. Technically, firm break there would confirm completion of the whole consolidation pattern from 1.266. But we do not envisage this for the near term. 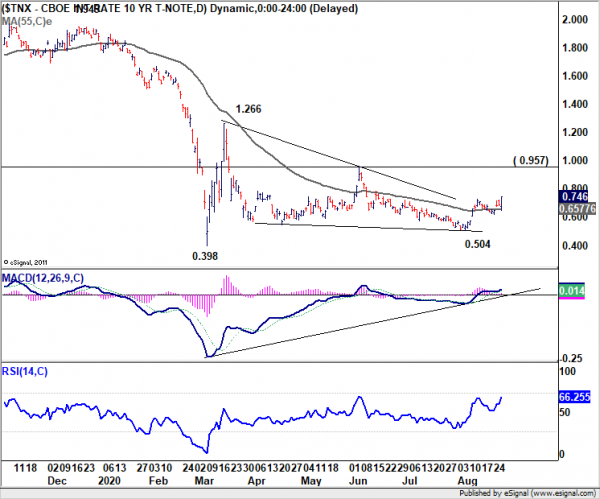 Similarly, 30-year yield closed up 0.094 at 1.500. Rebound from 1.165 has resumed after drawing support form 55 day EMA. Further rise should be seen to 1.761 resistance next. Firm break there will confirm completion of the consolidation pattern from 1.940. 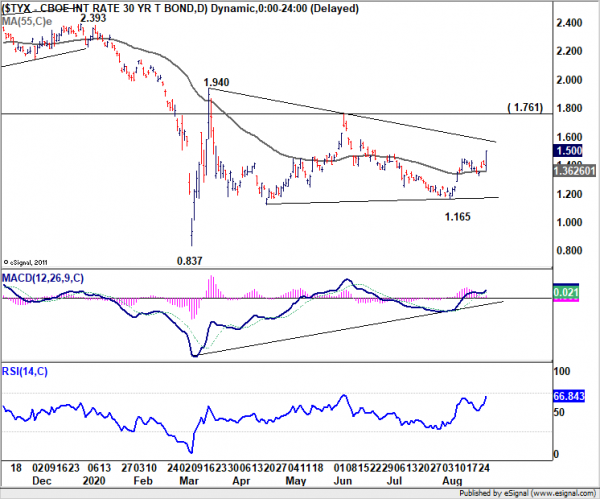 AUD/JPY is the biggest mover this week, helped partly by boost from risk-on markets. More importantly, Yen is experiencing steep, broad-based selloff, in reactions to the post-Powell surge in treasury yields. The decisive break of 76.78 resistance confirmed resumption of whole rise from 59.89. We’d be cautious on the case of quick reversal after a triangle breakout thrust. But in any case, 76.78 resistance turned support will be the first line of defense. 75.55 support is the second. AUD/JPY should now challenge long term channel resistance at around 80.45. 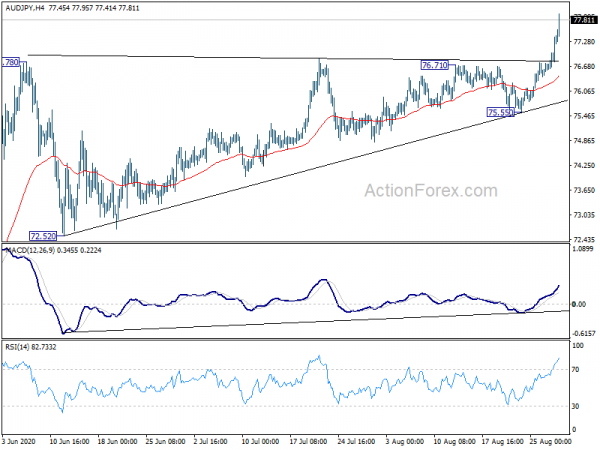 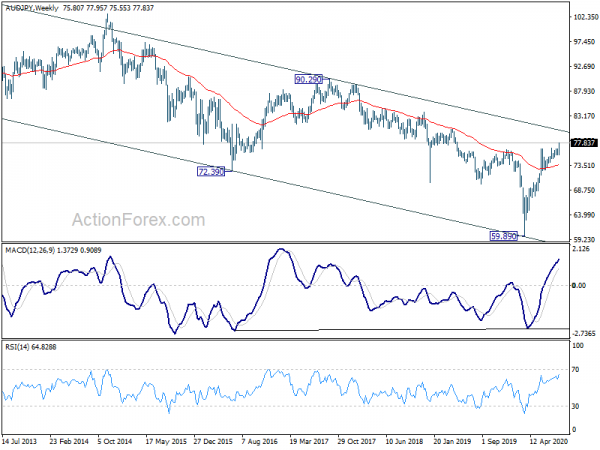 Gold back below 4H EMA after initial spike

Gold initially spiked higher overnight on Fed Powell but quickly retreated. It’s now back below 4 hour 55 EMA. The development dampened the bullish case of upside breakout. Instead, consolidation from 2075.18 is set to extend further in the near term. On the downside, break of 1902.73 will resume the fall from 2015.66, as the third leg of the consolidation from 2075.18. In this case, deeper decline would be seen to 1862.55 support.

On the upside, break of 2015.66 will bring retest of 2075.18 high. We’re not expecting a firm break there yet even in this case. But that would depend on the upside momentum when the rally happens. 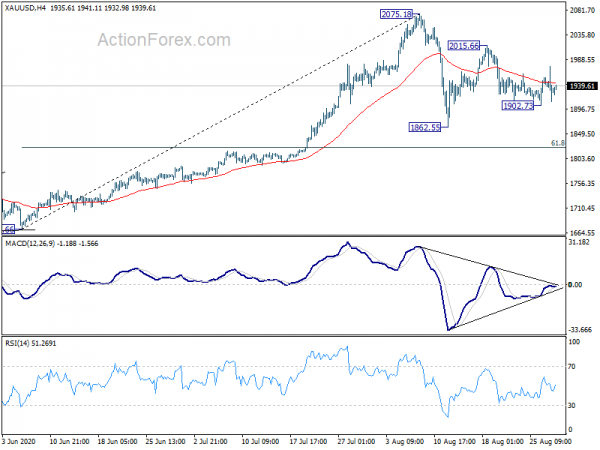 Japan Tokyo CPI core dropped -0.3% yoy in August, much worse than expectation of 0.3% yoy rise. Germany Gfk consumer sentiment and CPI, France CPI and GDP, Eurozone confidence indicators and Swiss KOF will be featured in European session. Later in the day, US will release personal income and spending, goods trade balance, Chicago PMI, and U of Michigan sentiment. 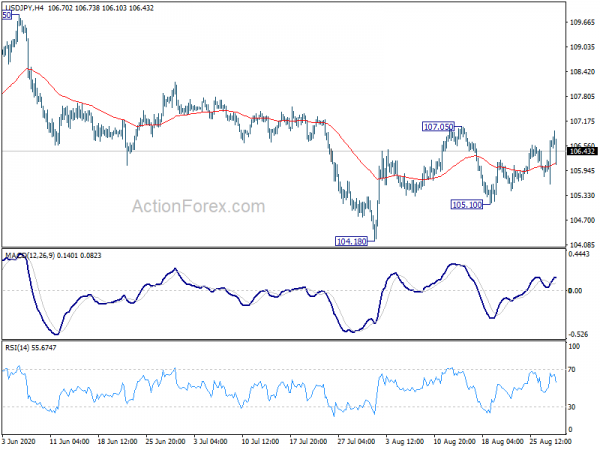 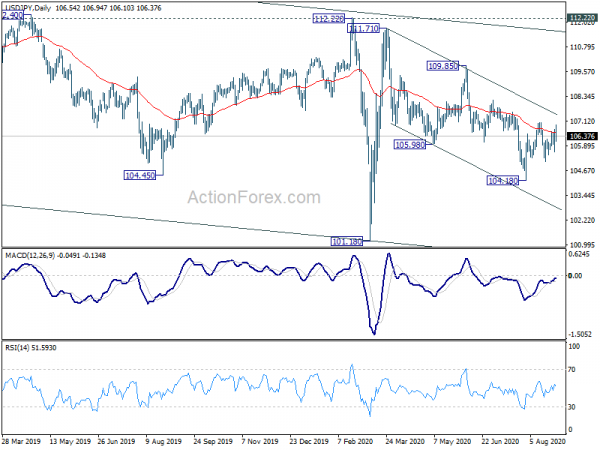