Sterling remains the weakest one for the week, without a doubt in the otherwise mixed forex markets. Overall risk sentiments stabilized with the overnight rebound in US stocks. Dollar has pared back much of this week’s gains together with Yen. Euro is currently the stronger one for today, as helped by cross buying against the Pound, and the recovery against Dollar and Yen. Yet, the common currency will remain vulnerable to another decline, subject to ECB’s comments on its recent strength.

Technically, considering ECB risks, 1.1762 support in EUR/USD and 124.44 support in EUR/JPY would be the focuses for today. The eventual reactions to ECB as well as these two support levels could define the near term direction for next few weeks. AUD/NZD is another one to watch as it appears to have completed a recovery after hitting near term channel resistance. Renewed selling could drag the Aussie down elsewhere. 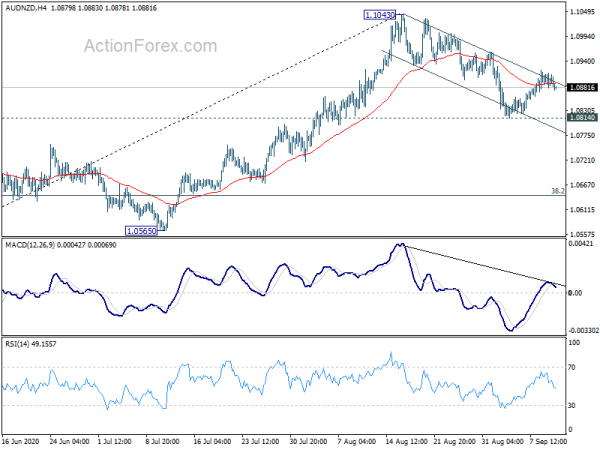 Euro resilient as ECB comments on its strength awaited

ECB meeting is a major focus today and no policy change is expected. ECB should maintain the deposit rate at -0.5%. The main refi rate and the marginal lending rate will also stay unchanged at 0% and 0.25% respectively. The PEPP program will continue to run with a total envelope of 1.35 trillion euro. We expect the central bank will reiterate the guidance that the purchases “will” continue “until at least the end of June 2021 and, in any case, until the Governing Council judges that the coronavirus crisis phase is over”.

Attention will main be on ECB’s view on recent Euro strength, against Dollar mainly. Chief Economist Philip Lane’s speech at Jackson Hole. Lane raised concerns that rising EURUSD could prolong weak inflation and inflation expectations. As he suggested, “we have an inflation mandate and we care about the overall performance of the European economy”. He added that there has been “a repricing in recent weeks” in EURUSD “to some degree”.

EUR/USD has been resiliently holing on to 1.1762 near term structure support recently. But traders might only be waiting for ECB Governor Christine Lagarde’s nod on selling it through the support to correct the strong rally since March. 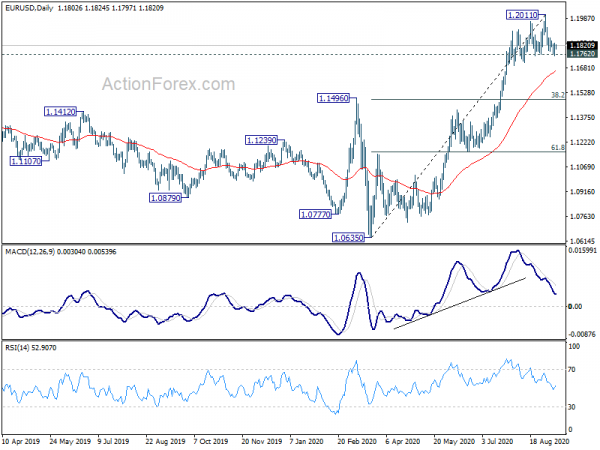 Some suggested readings on ECB:

Sterling remains the worst performer for the week on concerns over Brexit uncertainties. It’s reported that EU is considering legal against the UK According to a draft working paper by the EU, UK’s Internal Market Bill is seen as a “clear breach of substantive provisions” of the Brexit withdrawal agreement

European Commission Vice-President Maroš Šefčovič will travel to London today to meet UK Chancellor of the Duchy of Lancaster Michael Gove for an ” extraordinary meeting of the Joint Committee” that oversees Brexit implementation. The EU said it “seeks clarifications from the UK on the full and timely implementation of the Withdrawal Agreement” EU’s chief negotiator Michel Barnier, arrived in London yesterday, is expected to confront the UK counterpart David Frost over the issue too. 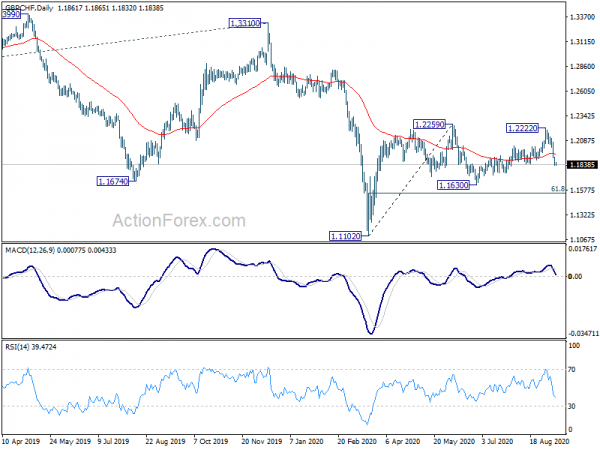 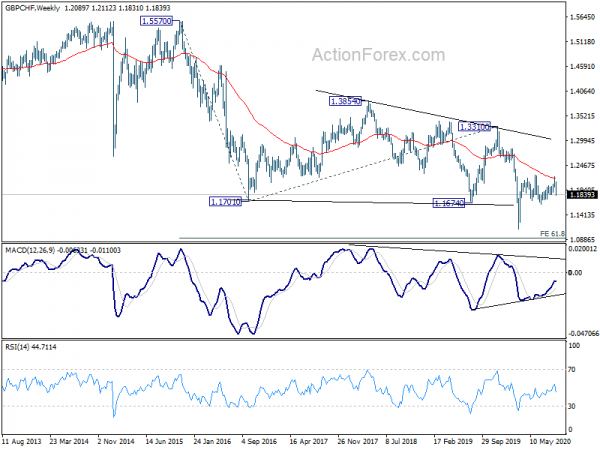 However, note that GBP/CHF was just rejected by 55 week EMA. Sustained break of 1.1544 would in turn argue that larger down trend is indeed resume for a new low below 1.1102.

Overnight, BOC announced to leave the policy rate at the effective lower bound of 0.25% and maintain the pace of asset purchases at CAD 5B/week of Canadian government bonds. While acknowledging that economic activities have rebounded more than expected since the July meeting, the members remained cautious about the outlook, especially on subdued inflation.

On the monetary policy outlook, BOC reiterated to “hold the policy interest rate at the effective lower bound until economic slack is absorbed so that the 2% inflation target is sustainably achieved”. More in BOC Left Policy Rate and QE Unchanged, Pledged to Calibrate Measures when Needed. 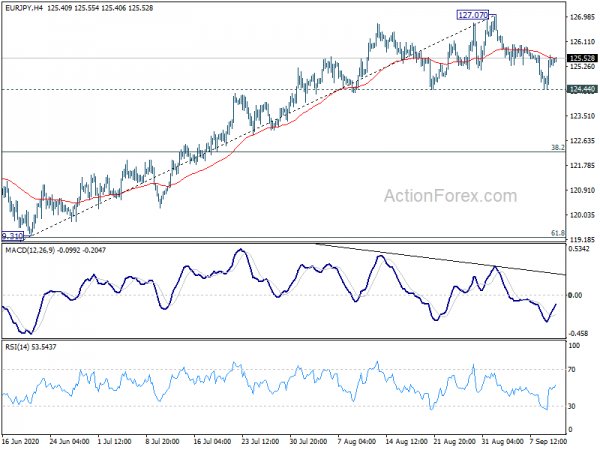 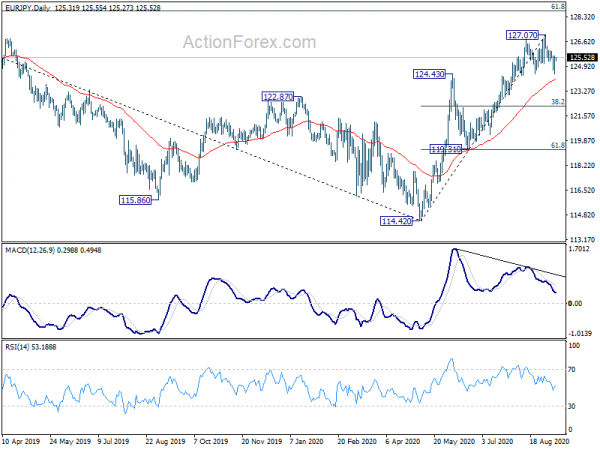