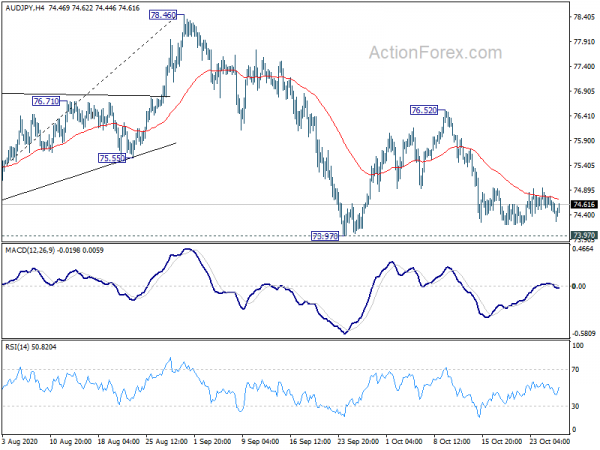 It’s now clear that there won’t be any stimulus deal before elections. President Donald Trump indicated, “after the election we’ll get the best stimulus package you’ve ever seen.” DOW and S&P 500 closed lower overnight while NASDAQ ended with small gain. Treasury yield also finally moved in tandem with risk sentiments this week. 10-year yield dropped -0.023 to 0.778 overnight, giving up 0.8 handle.

More downside is mildly in favor in TNX for the near term, as investors adjust their risk positions ahead of US elections. We’d anticipating further decline in stocks towards the end of the week, which should theoretically push bonds higher and yields lower. Still for TNX, downside should be contained by 55 day EMA (now at 0.719) unless there are very drastic developments.

French President is scheduled to give a televised address on Wednesday evening. It’s uncertain what the speech is about for now. But reports are flowing around that the government is exploring imposition of lockdown from midnight on Thursday. That might be a slightly more flexible one than that in March, as schools could remain open. But options could still include confining people to homes at weekends, closing shops and starting curfews earlier.

EUR/CHF was once again rejected by 1.0749 resistance after yesterday’s rally attempt. Near term bearishness is kept intact as fall from 1.0877 is expected to extend through 1.0688 low, probably rather soon. 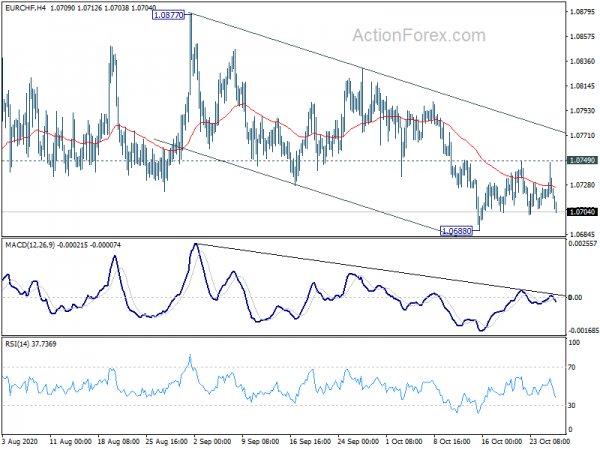 Canadian dollar is trading mixed in Asian session today, as markets await BoC rate decision. No change in monetary policy is expected as overnight rate will be kept at 0.25%. There might be some adjustments in the asset purchases program but the fine-tuning has already started earlier this month. BoC is also expected to reiterate the pledge to maintain the current accommodative monetary policy stance. 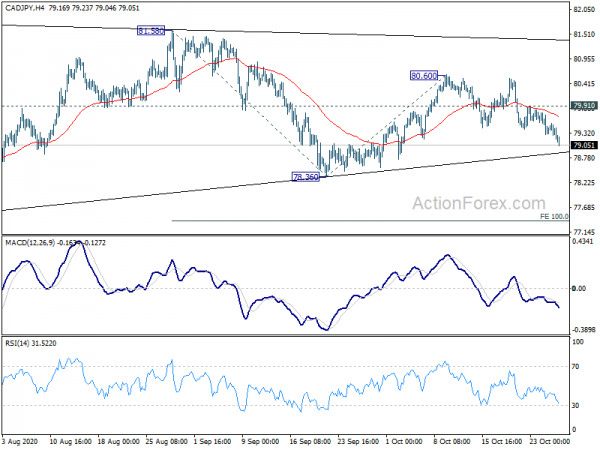 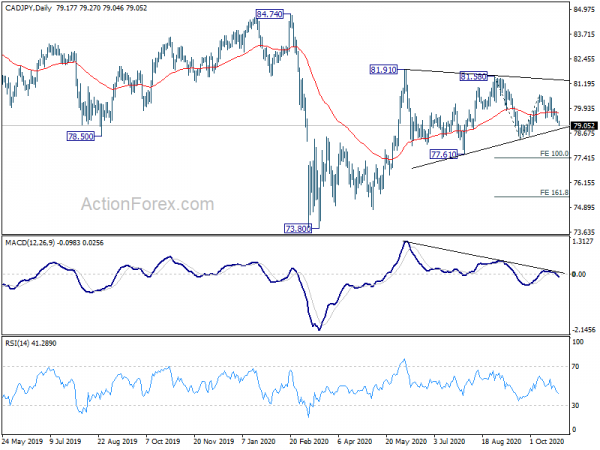 USD/JPY’s fall from 106.10 resumes by taking out 104.34. Intraday bias is back on the downside for 104.00 low. Break will resume larger decline from 111.71, towards 101.18 key support. On the upside, break of 105.05 resistance is needed to indicate short term bottoming. Otherwise, outlook will stay bearish in case of recovery. 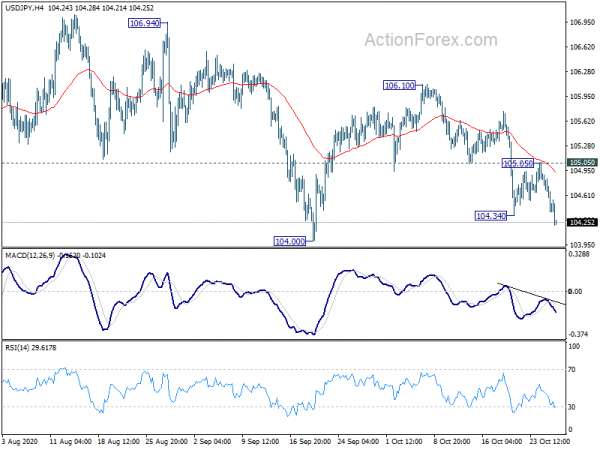 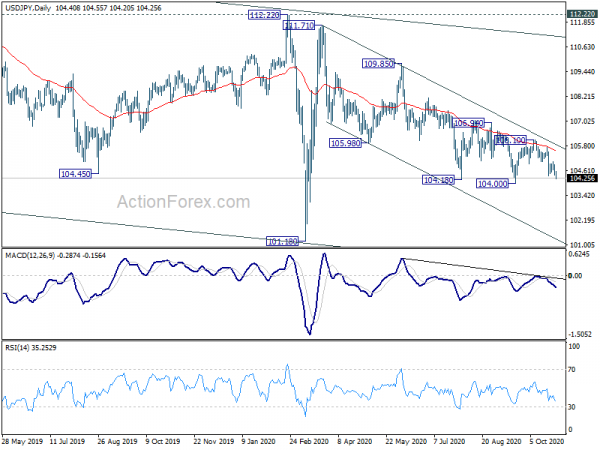