Technically, we’d maintain the current recoveries in Dollar and Yen are just part of consolidations, rather than reversal. Indeed, we’ll keep an eye on 1.2075 minor resistance in EUR/USD. Break will suggest that pull back in EUR/USD, and recovery in Dollar, has completed.

US trade deficit widened to USD 74.4B in March

Rob Dobson, Director at IHS Markit, said: “Further loosening of COVID-19 restrictions at home and abroad led to another marked growth spurt at UK factories. The headline PMI rose to a near 27-year high, as output and new orders expanded at increased rates. The outlook for the sector is also increasingly positive, with two-thirds of manufacturers expecting output to be higher in one year’s time. Export growth remains relatively subdued, however, as small manufacturers struggle to export.

“The sector also remains beset by supply-chain issues and rising inflationary pressures. Disruption following Brexit and COVID-19, especially at ports, caused a further near-record lengthening of supplier delivery times. The resulting input shortages kept producer price inflation among the highest over the past four years. Manufacturers have generally passed on these costs to customers, as highlighted by a survey-record rise in selling prices, but it is hoped that this inflationary backdrop will subside once supply and demand come back into line as covid-related logistic delays ease.”

Swiss SECO consumer climate rose to -7.1, back at pre-crisis level

Swiss SECO consumer climate rose to -7.1 in Q2, up from -14.2. The reading was approximately back at pre-pandemic level, and closing in on its long-term average at -5. Looking at some details, expected economic development rose form -17.7 to 3.4, turned positive. Expected financial situation edged up from -7.2 to -6.4.

SECO said: “Sentiment amongst Swiss households is improving. The results of the April survey show that expectations regarding general economic development in particular are becoming more positive. The likelihood of households making major purchases has also risen.”

RBA maintained monetary policy settings as widely expected. Cash rate and 3-year yield target are held at 0.10%. Parameters of the Term Funding Facility and bond purchases are held unchanged too. It also maintained that the condition for raising the cash rate is unlikely to be reached until 2024 at the earliest.

At its “July meeting”, RBA will consider whether to retail April 2024 bond as the 3-year yield target, or shift to next maturity, “at its July meeting”. But the board is “not considering a change to the target of 10 basis points”. At the meeting, RBA will also consider future bond purchases after current program completes in September.

But CPI data “confirmed that inflation pressures remain subdued” in most parts of the economy. Underlying inflation is expected to be 1.5% in 2021 and 2% in mid-2023, even though CPI inflation might rise temporarily to above 3% in June quarter. 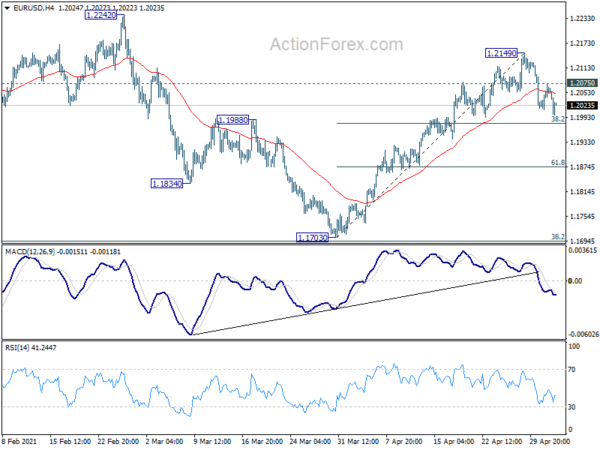 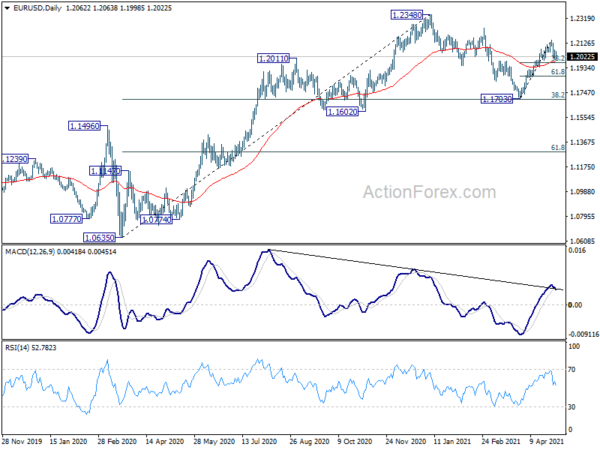