Selloff in the Japan Yen continued this week and intensified in Asian session today. The move came as global benchmark treasury yields powered up, including those in the US, Germany and UK. For now, commodity currencies are the stronger ones for, followed closely by Dollar. European majors are generally weak.

Technically, Canadian Dollar appears to be leading the race for now, with help from WTI crude oil which is staying at around 108. In particular, AUD/CAD is extending the decline from 0.9514. Further fall is expected as long as 0.9357 support turned resistance holds, for 0.9169 support. Reactions from there would decide while whole rebound from 0.8906 has completed too. At the same time, attention will be on whether USD/CAD would break through 1.2519 minor support to confirm underlying strength of CAD, for the near term at least. 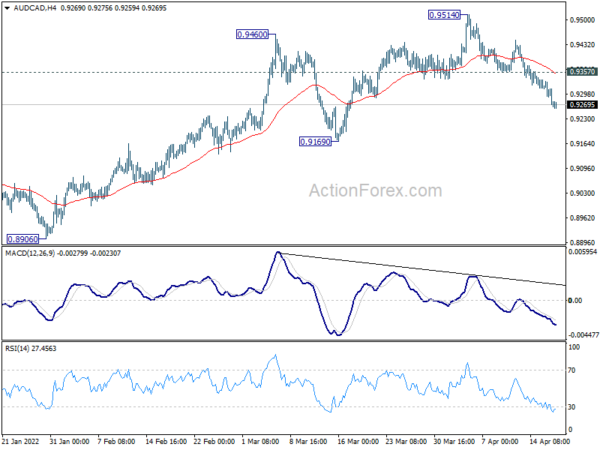 US 10-year yield surged to as high as 2.868 overnight, highest since late 2018, before closing at 2.862. The up trend continued in anticipation of more rate hike from Fed, as well as the start of balance sheet runoff ahead. The development in yields provided additional selling pressure on Yen, with BoJ’s cap on 10-year JGB yield at 0.25%.

Technically, further rise is expected in TNX as long as 2.646 support holds. Next target is 3% handle. Meanwhile, it should be reiterated that TNX could be considered successfully taking out multi-decade falling channel resistance decisively. Next key hurdle is 3.248 resistance (2018 high). If TNX could surge pass this resistance with power, it would really mark the start of a “new era”. 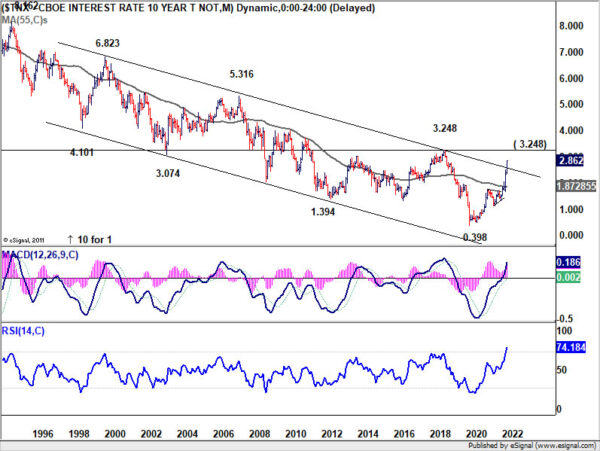 St. Louis Fed President James Bullard said yesterday, “we want to get to neutral expeditiously, I guess is the word of the day. I’ve even said we want to get above neutral as early as the third quarter and try to put further downward pressure on inflation at that point.”

In the minutes of April 5 meeting, RBA said, inflation in Australia had “picked up” and a “further increase was expected” with measures of underlying inflation in the March quarter expected to be above 3%. Wages growth had “picked up” too but “had been below rates likely to be consistent with inflation being sustainably at the target.” These developments have “brought forward the likely timing of the first increase in interest rates. ”

“Over coming months, important additional evidence will be available on both inflation and the evolution of labour costs. Consistent with its announced framework, the Board agreed that it would be appropriate to assess this evidence and other incoming information as it sets policy to support full employment in Australia and inflation outcomes consistent with the target.”

RBNZ Orr: It’s more about hiking sooner rather than more

But he also noted, “that was more about doing it sooner rather than believing we have to do more,” he said. “It’s just getting on with it so people can understand what we are about.” Back in February, RBNZ projected that OCR would peak at 3.25% at the end of 2023.

Raising rates too high and “you really run the risk of having a sharper than needed slowdown in economic activity,” he said. “On the other hand, if you go too slow its inflation expectations that will get away from us.” 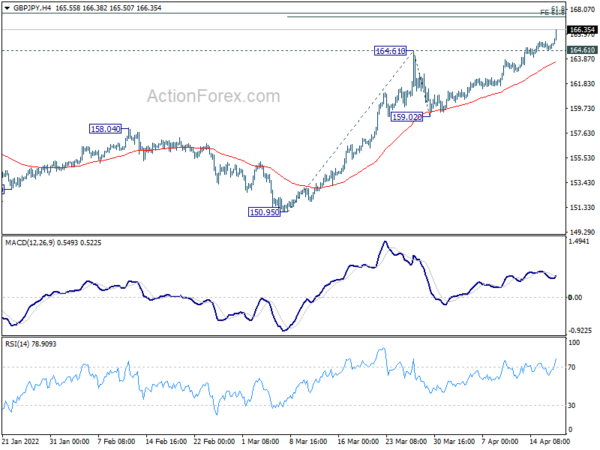 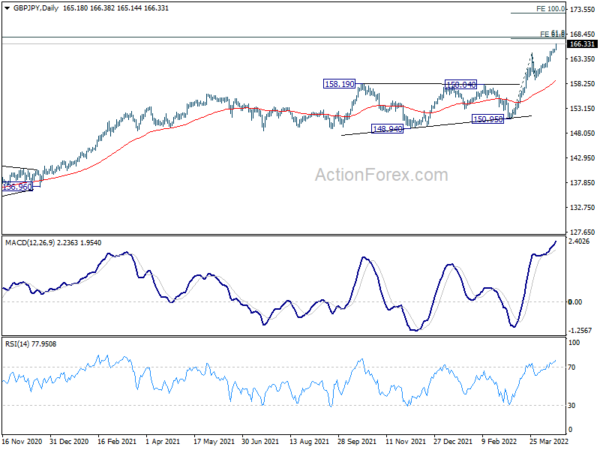