Yen Extends Broad-Based Rally; RBA and BoE to Hike and Lots of Data

Yen’s broad-based rally continues in quiet Asian session today. Dollar and European majors are generally steady. Some weakness is seen in Aussie and Canadian, but selling is so far limited. In other markets, sentiment is mixed with slight recovery seen in some Asian stock markets, including Japan. Gold is consolidating last week’s gain and remains firm. A lot of important events are scheduled for the week, including two central bank meetings and some market-moving economic data.

Technically, a major focus remains on when a breakout will happen in EUR/USD. For now, break of 1.0277 minor resistance is in favor. In that case, further rise should be seen to channel resistance at around 1.0460. But even if that happens, it would be interesting to see if it’s accompanied by deeper correction in Dollar, or a stronger rebound in Euro elsewhere, or both. 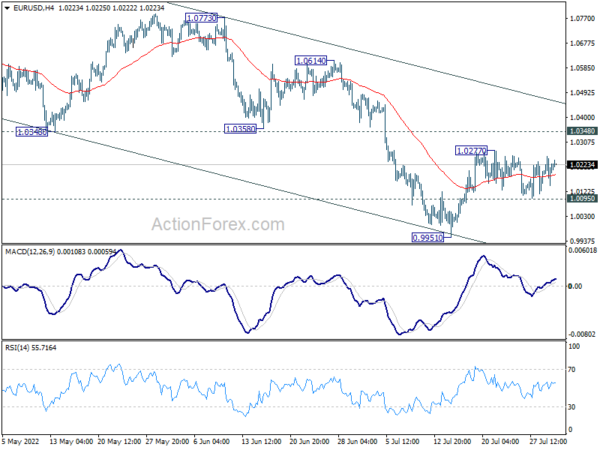 Wang Zhe, Senior Economist at Caixin Insight Group said: “In general, the eased Covid situation and restrictions facilitated a continuous recovery in the manufacturing sector in July. Supply and demand continued to improve, with supply stronger than demand. Employment lagged, remaining in contractionary territory. Costs gradually rose, with output prices on the decline, posing challenges for company profits. The market held on to positive sentiment, along with concerns about the economic outlook.

Japan PMI Manufacturing was finalized at 52.1 in July, down from June’s 52.7. That’s the lowest level since September 2021. S&P Global said there were renewed reductions in output and new orders. The softest rise in outstanding business 17 months was due to weaker demand. Rising prices and delivery delays led to accelerated stock building.

Usamah Bhatti, Economist at S&P Global Market Intelligence, said: “The headline PMI masked some worrying trends when looking at the underlying sub-indices, which add downside risks for the sector. New order inflows fell for the first time in ten months and at the fastest pace since November 2020, which contributed to a renewed contraction in production levels – the first since February.

Innes Willox, Chief Executive of Ai Group said: “The supply and labour constraints afflicting the Australian economy are weighing heavily on the manufacturing sector. Production and employment both fell in July, as manufacturers struggle with chronic labour shortages and supply chain interruptions. New orders rose this month, but our manufacturers simply can’t meet this demand without more workers.”

Fed Kashkari: Technically in a recession or not, Fed is committed to fight inflation

Minneapolis Fed President Neel Kashkari said in a CBS interview on Sunday, “we are a long way away from achieving an economy that is back at 2% inflation, and that’s where we need to get to.”

“Typically, recessions demonstrate high job losses, high unemployment, those are terrible for American families. And we’re not seeing anything like that,” he said.

“Whether we are technically in a recession or not doesn’t change the fact that the Federal Reserve has its own work to do, and we are committed to doing it,” Kashkari said.

RBA and BoE to continue tightening, US ISMs and NFP watched

Two central banks will meet this week. RBA is expected to raise interest rate by another 50bps to 1.85%. Currently, there are some expectations that RBA’s tightening will continue through the estimated neutral rate, which is at least at 2.5% as Governor Philip Lowe indicated. Some analysts expected the cycle to continue to a terminal rate at 3.35%. The markets will look for more clues on these assessments in the Monetary Policy Statement too.

BoE is expected to step up its effort in fighting inflation, and raise interest rate by 50bps to 1.75% this week. But there are opinions that the central bank will only continue with the steady pace of 25bps. So there is an element of surprise there. Additionally, new economic forecasts will be released with the monetary policy report, which will give much information for the markets to scrutinize.

The data calendar is also very busy with US ISM indexes and non-farm payroll catching most attention. Additionally, Fed is now expected to start slowing the pace of rate hikes to 50bps in September, but that’s subject to the upcoming two job report, inflation, as well as other data. Elsewhere, China PMIs, New Zealand employment and Canada employment will also be closely watched. 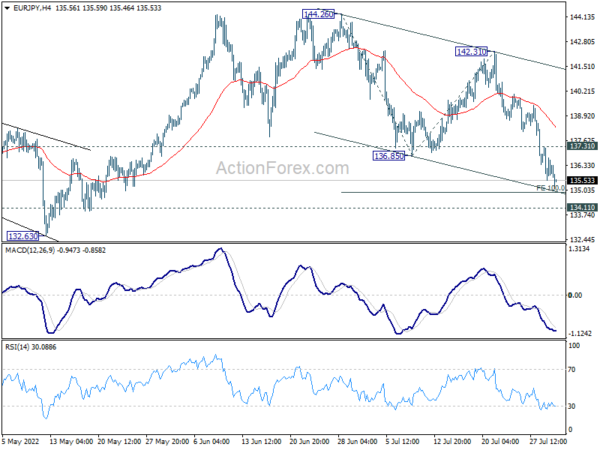 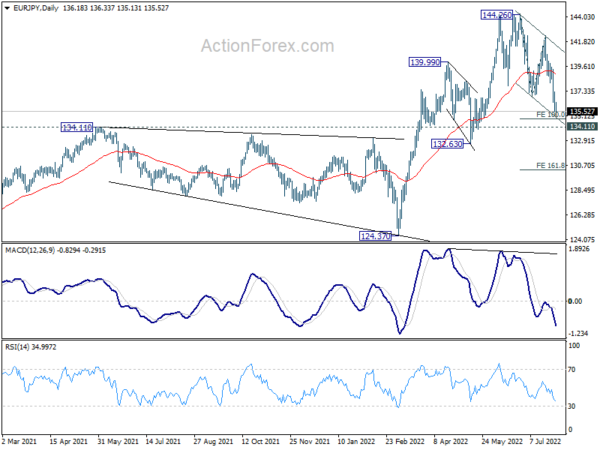