Selloff in Pound catches most currency related headlines today, as it slumped to a 37-year low against Dollar. The decline came after data showed retail sales contracted in both volume and value term in August, indicating that inflation was already biting into spending. In the background, the UK economic is already in recession. Still for now, commodity are even worse for the week. Dollar is the biggest winner, followed by Swiss Franc and Yen. The final picture will depend on development in risk sentiment in the last few hours.

Technically, EUR/USD is so far resilient. But being capped below 4 hour 55 EMA, risk remains mildly on the downside for the near term. Retest of 0.9863 is in favor. Break there will resume larger down trend, and align the outlook with GBP/USD. 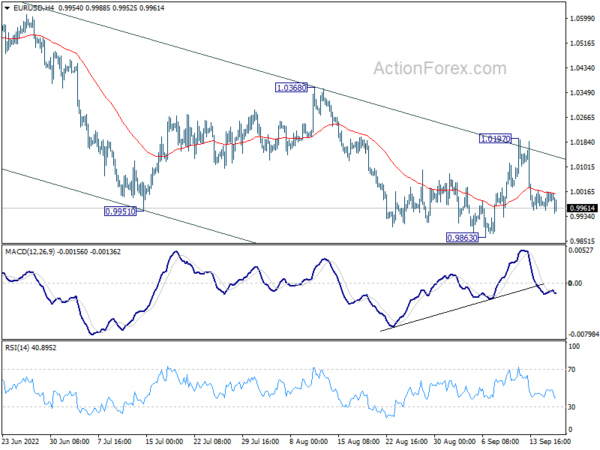 Canada wholesale sales dropped -0.6% mom in July to CAD 80.2B, worse than expectation of -0.4% mom. That followed two consecutive months of record-high sales in May and June.

Declines in the personal and household goods subsector led the losses for July, followed by the building material and supplies, and the motor vehicle and motor vehicle parts and accessories subsectors. Sales fell in five of seven subsectors, which represented 63% of wholesale sales.

ECB Vice President Luis de Guindos told a Portuguese newspaper Expresso, “the slowdown of the economy is not going to ‘take care’ of inflation on its own.”

“The slowdown of the economy will reduce demand pressures, which will lower inflation,” he added. “But, simultaneously, we have to act from the monetary policy standpoint to keep inflation expectations anchored and avoid second-round effects.”

“We need to continue the normalization of monetary policy,” he said. “More hikes might come in the next few months — how many times and by how much will depend fundamentally on the data — and we underscore our full determination to make inflation converge toward our definition of price stability”

“Further depreciation of the euro could be detrimental to inflationary pressures. On the contrary, if the euro stopped depreciating, this could be positive and support the fight against inflation. I hope that the recent depreciation trend is reversed in the near future”, he also noted.

RBA Governor Philip Lowe told the House of Representatives Standing Committee on Economics, interest rate at 2.35% is “still too low”. He added that over the longer term, the cash rate “should at least average the mid point of the inflation target”, which is 2.5%, if not a bit higher. Also, an average interest rate of about 3% was “possible”, and we’ll cycle around some number between 2.5 and 3.5.”

Lowe also warned that the longer inflation stays above 3%, “the more difficult it’s going to become” for Australians. If that. happens “then we have higher interest rates and a recession, which is damaging. “So we’ve got two difficult kind of positions at the moment: some pain now and hopefully real wages start rising again next year against the risk of not doing anything, just sitting on our hands and having inflation stay higher.”

BNZ Senior Economist, Craig Ebert stated ” that manufacturing production, in general, was holding its own in Q2, rather than drooping, was portrayed in the PMI readings for April May and June. And in July and August the PMI has moved on to suggest an improving tone around underlying growth.” 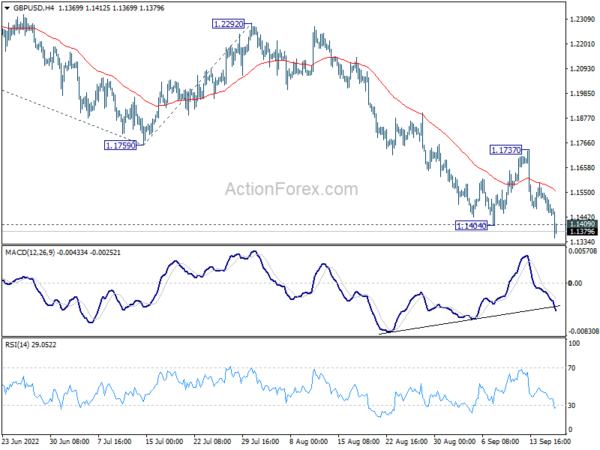 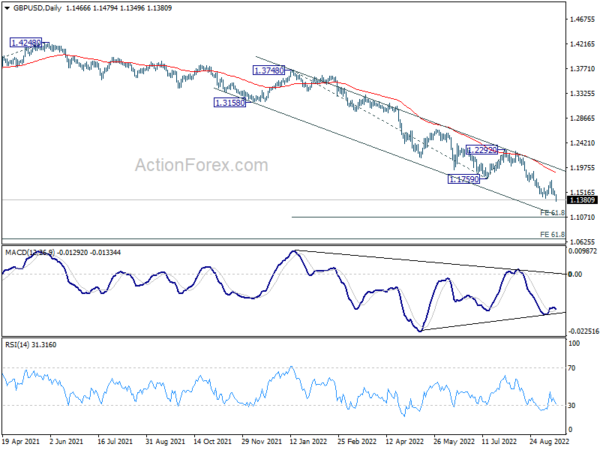