Dollar Edges Higher after Consumer Confidence, But Stays in Consolidations

Dollar edges mildly higher after better than expected consumer confidence reading, but stays range bound. Overall, the forex markets are in consolidation mode. Sentiment appears to be supported as US stocks open higher, which European indexes are steady. One focus for the rest of the day is US 10-year yield’s reaction to 4% handle, and subsequent reactions in other markets.

Technically, USD/JPY is extending the recovery from 104.33 temporary low. There is prospect of a retest on 145.89 high, and even a break. But BoJ might come into the market again in that case, to intervene to cap USD/JPY below 1998 high at 147.68. Consolidation from 145.89 should extend with more legs. 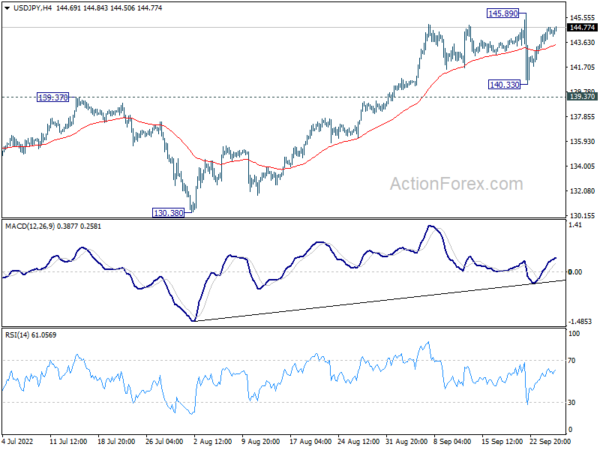 US consumer confidence rose to 108.0, second month of improvement

“Consumer confidence improved in September for the second consecutive month supported in particular by jobs, wages, and declining gas prices,” said Lynn Franco, Senior Director of Economic Indicators at The Conference Board.

“The Present Situation Index rose again, after declining from April through July. The Expectations Index also improved from summer lows, but recession risks nonetheless persist. Concerns about inflation dissipated further in September—prompted largely by declining prices at the gas pump—and are now at their lowest level since the start of the year.”

Chicago Federal Reserve President Charles Evans told CNBC, “There are lags in monetary policy and we have moved expeditiously. We have done three 75 basis point increases in a row and there is a talk of more to get to that 4.25% to 4.5% by the end of the year, you’re not leaving much time to sort of look at each monthly release. ”

“I still believe that our consensus, the median forecasts, are to get to the peak funds rate by March — assuming there are no further adverse shocks. And if things get better, we could perhaps do less, but I think we are headed for that peak funds rate,” Evans said.

“That offers a path for employment, you know, stabilizing at something that still is not a recession, but there could be shocks, there could be other difficulties,” he added.

“Goodness knows every time I thought the supply chains were going to improve, that we were going to get auto production up and used car prices down and housing and all of that something has happened. So, cautiously optimistic.”

BoE chief economist Huw Pill said at a conference, “We have all seen recent significant fiscal news in the past few days. That has had significant market consequences as well as significant implications for the macro outlook…

“It’s hard not to draw the conclusion that all this will require a significant monetary policy response,” he added.

RBNZ Governor Adrian Orr today, “We believe we still have some work to do, but the good news is because we’ve done so much already, the tightening cycle is very mature, it’s well advanced.”

There’s “a little bit more to do before we can drop to our normal happy place, which is to watch, worry and wait for signs of inflation up or down,” he said.

The World Bank said in the release: “Growth in much of East Asia and the Pacific has been driven by recovery in domestic demand, enabled by a relaxation of COVID-related restrictions, and growth in exports. China, which constitutes around 86% of the region’s output, uses targeted public health measures to contain outbreaks of the virus, inhibiting economic activity.” 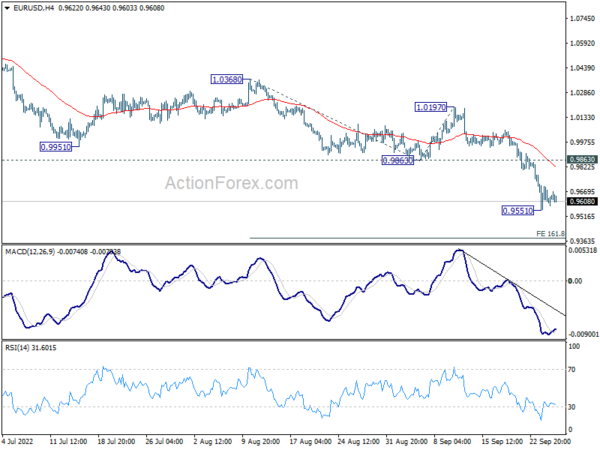 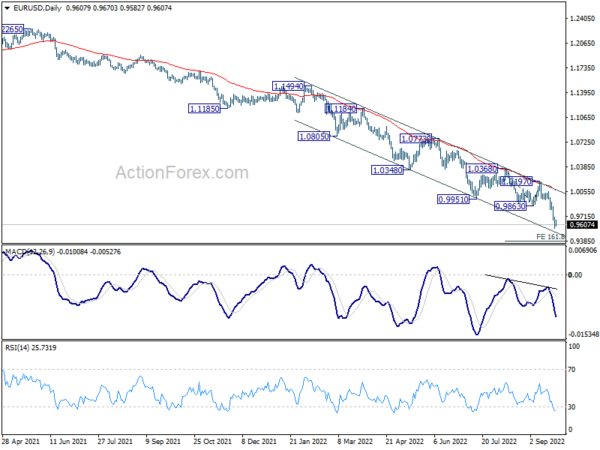