New Zealand Dollar rises broadly after RBNZ delivered the historical 75bps rate hike as widely expected. Yet, it’s staying in near term range against the greenback. For now, Euro is following Kiwi as second strongest for the day, then Swiss Fran and Sterling. Canadian Dollar is the weakest, followed by Yen and Aussie. Apparently, Aussie is additionally dragged by selloff against Kiwi. Dollar is mixed and awaits more economic data as well as FOMC minutes, before US holiday tomorrow.

Technically, Dollar is back under some pressure, in particular against Euro and Swiss Franc. 1.0092 support in EUR/USD and 0.9680 minor resistance in USD/CHF stay intact, and keep bearish bias in Dollar. EUR/USD and USD/CHF could revisit recent levels at 1.0481 and 0.9355 respectively during the rest of the week if selloff in Dollar intensifies. 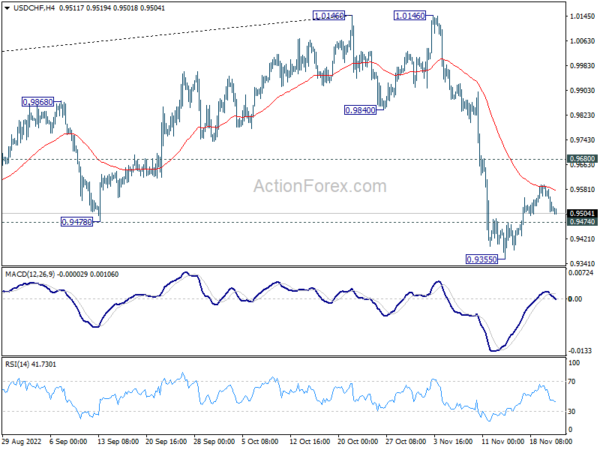 RBNZ raises the Official Cash Rate by a record 75bps to 4.25% as widely expected. The central bank maintained that “monetary conditions needed to continue to tighten further, so as to be confident there is sufficient restraint on spending to bring inflation back within its 1-3 percent per annum target range.”

During the meeting, increases of 50, 75 and 100bps were considered. But members agreed that “a larger increase in the OCR was appropriate, given the resilience of domestic spending, and the higher and more persistent actual and expected inflation outcomes.”

But on the “balances of risks”, a 75bps hike was “appropriate at this meeting”. Members highlights that “the cumulative tightening of monetary conditions delivered to date continues to pass through to the economy via the lagged transmission to effective retail interest rates.”

“That said, with price inflation further climbing in November, the pressure remains on the central bank to keep tightening monetary policy to rein in prices. This is also amid indications of solid employment growth from the PMI data.

“The mix of deteriorating demand and worsening price pressures does not bode well for the near-term outlook, and this has also been reinforced by the decline in private sector confidence in November.”

AUD/NZD is extending the decline from 1.1489 after RBNZ’s rate hike today. For the near term, outlook will stay bearish as long as 1.1043 resistance holds, even in case of recovery. 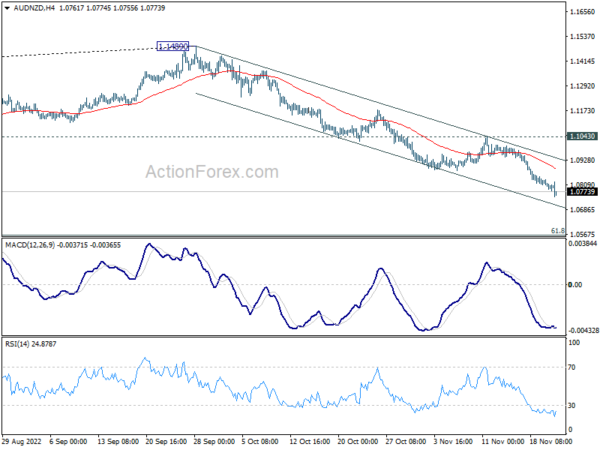 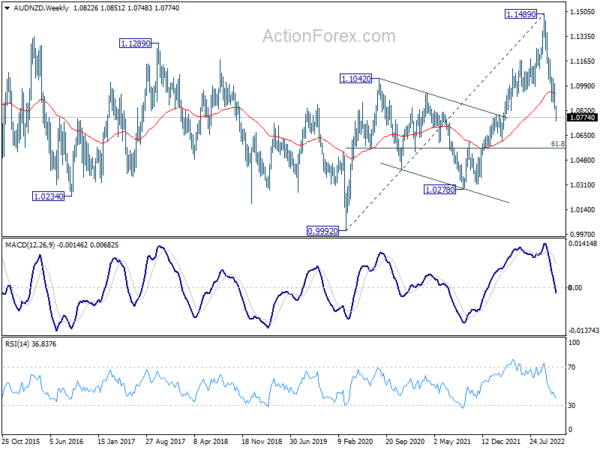 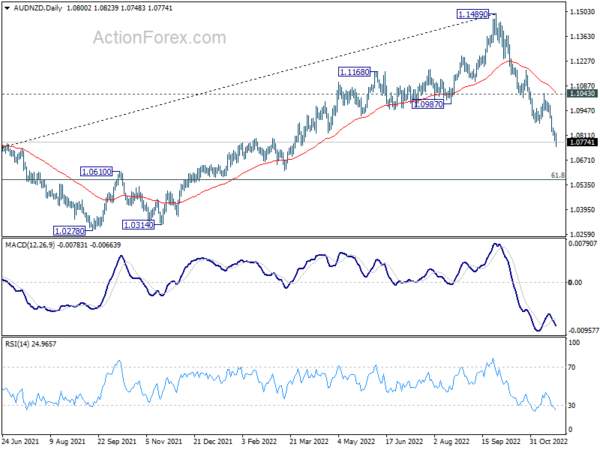 EUR/USD recovered after drawing support from 4 hour 55 EMA, but stays well below 1.0481. Intraday bias remains neutral an more consolidative trading could be seen. But after all, as long as 1.0092 resistance turned support holds, further rally is still expected. On the upside, break of 1.0481 will resume the rise from 0.9534 and target 1.0609 fibonacci level. However, sustained break of 1.0092 will turn bias to the downside for 55 day EMA (now at 1.0052) and below. 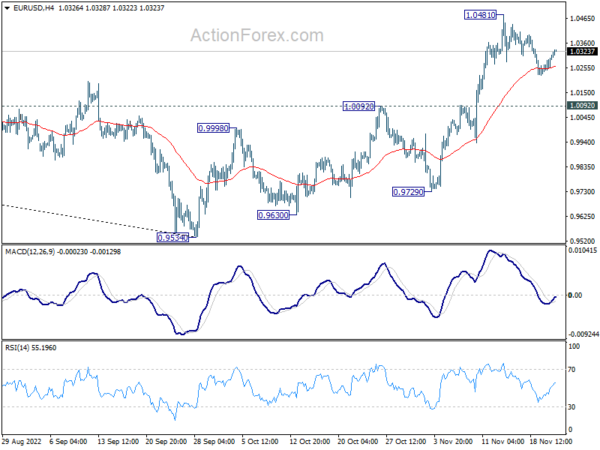 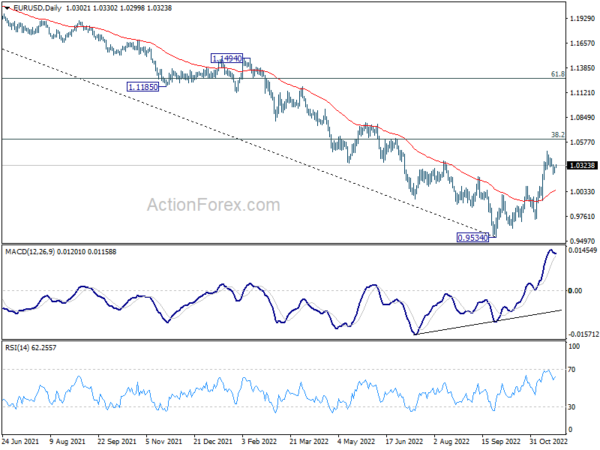