Aussie Powers Up on Risk-On Sentiment and China Reopening

Australian Dollar rises broadly today as risk-on sentiment carried forward to Asian session. Additionally, the Aussie is lifted by reopening of China, together with Yuan and Hong Kong stocks. Kiwi and Sterling are currently the next strongest. Dollar plunges broadly as a result too, with expectations that Fed to going to slow down the tightening pace further in February. Yen and Swiss Franc are the next weakest, as following broad market movements, while Euro and Loonie are mixed.

Technically, NZD/USD’s break of 0.6372 resistance argues that correction from 0.6512 has completed with three waves down to 0.6190. Further rise is expected to retest 0.6512 high. Judging from the upside break out of AUD/USD today, NZD/USD would like follow and break through 0.6512 soon. 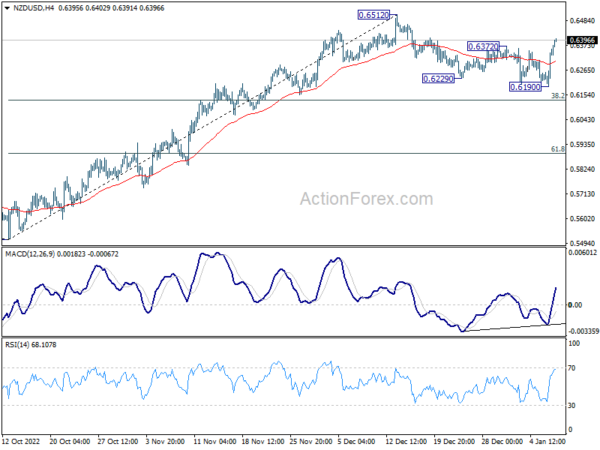 BoE MPC member Catherine Mann said over the weekend, “The caps on energy prices allow the reorientation of spending to the rest of the consumption basket and thus potentially higher inflation than otherwise would be the case in all those other products… That’s something we look at carefully.”

“What’s going to happen when the caps are removed?” she asked. “Will inflation kind of bounce back? What will the energy prices be at that time? We don’t know.”

Mann was a hawk who voted for a 75bps rate hike at the December meeting. At the meeting, BoE decided to hike by 50bps in a 6-3 vote, with two members voted for no change.

USD/CNH’s chart displayed a text-book head and shoulder top development, with recovery capped by the neckline, followed by accelerated downside movement. With break of the medium term channel support, the fall from 7.3745 should be a down trend of the same scale as the rise from 6.3057. Outlook will now stay bearish as long as 6.9296 support turned resistance holds. Next target should be 161.8% projection of 7.3745 to 7.0191 from 7.2567 at 6.6817. 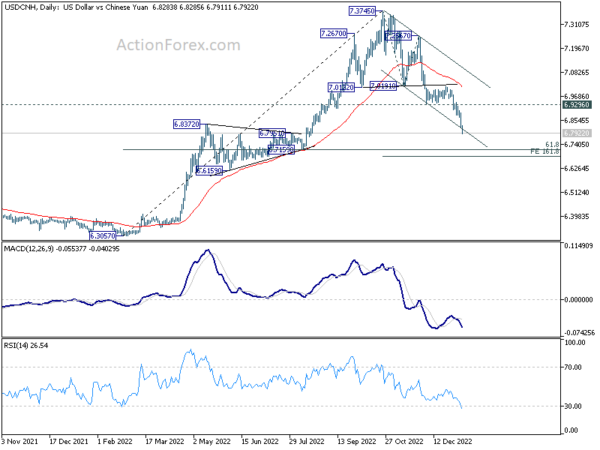 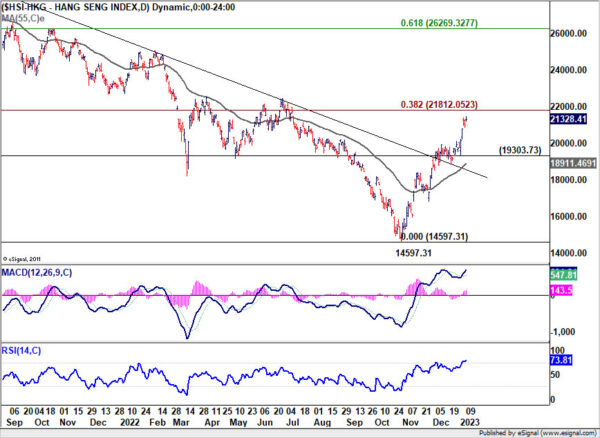 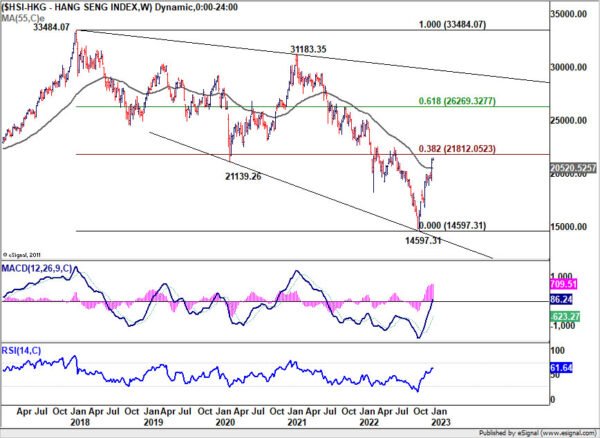 US CPI and UK GBP to highlight the week

US CPI data will be a major highlight of the week. Markets appear to start to lean towards just a 25bps Fed hike on February 1. Further evidence of cooling in consumer inflation will be needed to solidify such shift in expectations. Meanwhile, traders will look into Fed Chair Jerome Powell’s comment too.

Elsewhere, UK GDP will be another highlight of the week, and hopefully it will reaffirm that the current recession is just a shallow one. Some focuses will also be on Eurozone Sentix investor confidence and Australia monthly CPI, retail sales and trade balance 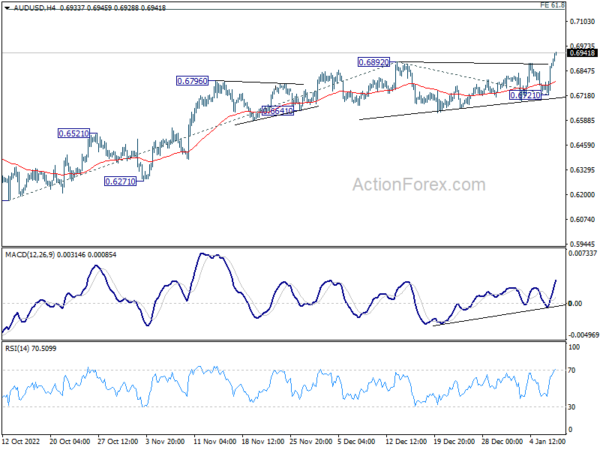 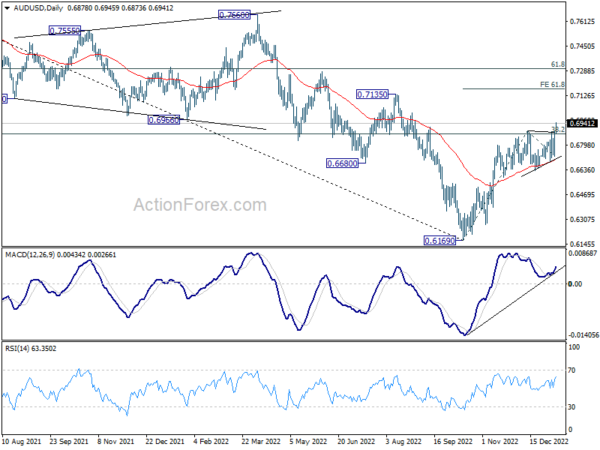