Sterling weakens notably after BoE rate announcement. But loss is relatively limited as it’s holding above key near term support level against Dollar, Euro and Yen. On the other hand, Dollar is also suffering some selloff today as core CPI missed market expectation. That’s a relive for traders that they could finally take profits from the long stretched Dollar long position. Overall in the forex markets, Aussie and Canadian are the strongest ones today. New Zealand Dollar is the weakest due to dovish RBNZ. Sterling follows as the second while Dollar is the third.

Technically, there are some key levels to watch. Break of 1.1938 in EUR/USD will confirm short term bottoming, and that would add to the case of broad based correction in Dollar. Similarly, corresponding level in 0.9982 in USD/CHF. Meanwhile, 0.8844 in EUR/GBP is another level to watch as break will revive near term bullishness in the cross. And also, 1.3485 in GBP/USD will decide who’s the weakest one for today, Dollar or Sterling.

US core CPI failed to accelerate in April.

US headline CPI accelerated to 2.5% yoy in April, up from 2.4% yoy and met expectation. However, core CPI was unchanged at 2.1% yoy, below expectation of 2.2% yoy. Also from US, initial jobless claims was unchanged at 211k in the week ended May 5, sticking to the lowest level in 49 years for the second straight week. Four-week moving average dropped -5.5k to 216k, touching the lowest level since December 1969. Continuing claims rose 3k to 1.79m in the week ended April 28.

BoE left Bank rate unchanged at 0.50% by 7-2 vote as expected. Ian McCafferty and Michael Saunders voted for rate hike again. Asset purchase target was also held at GBP 435B with unanimous vote. Regarding growth, BoE noted in the statement that Q1’s slowed down was seen by the MPC as “in part to have reflected adverse weather in late February and early March.” And, the ” central forecast for economic activity is little changed”. BoE revised down four-quarter real GDP growth forecast in Q2 2018 to 1.4%, down from February’s 1.8%. Four-quarter GDP real GDP growth forecast in Q2 2019, Q2 2020 are held unchanged at 1.7%.

Overall, MPC members are not too concerned with Q1 slowdown, and the impact on growth ahead. The faster slowdown in inflation, though, could give BoE less urgency to hike again if the slowdown worsen. But for now, the condition path showed that the projections took one rate hike this year into consideration, unchanged from February. The rate hike is more likely to happen in Q3 than Q4 as implied by forward rates. That is, it could happen in August, and it’s earlier November as implied in February’s Inflation Report.

In our view, the overall BoE announcement is still considered as “hawkish hold”, just less hawkish than some hoped for, but more hawkish than the least hawkish scenario.

Iran’s President Hassan Rouhani talked with French President Emmanuel Macron in a phone call yesterday, as follow up to Trumps’ withdrawal from the nuclear deal. Iranian Students’ News Agency quoted Rouhnai saying that “under the current conditions, Europe has a very limited opportunity to preserve the nuclear deal, and must, as quickly as possible, clarify its position and specify and announce its intentions with regard to its obligations.” Rouhani also added that “despite what Trump thinks, enrichment in Iran has never been for obtaining a nuclear weapon but instead has been for scientific and technical pursuits.”

Separately, Macron said in an interview with Germany’s Deutsche Welle broadcaster yesterday that “We stand today at a historic moment for Europe – Europe is in charge of guaranteeing the multilateral order that we created at the end of World War II and which today is sometimes being shaken.”

China MOFCOM: US must put away its threatening stick

Chinese Vice Premier Liu He will visit Washington next week to resume trade negotiations with the US. Commerce ministry (MOFCOM) spokesman Gao Feng confirmed today during a regular press the officials are preparing for the visit.

But Gao reiterated China’s stance in opposing protectionism and unilateralism in trade relations. He warned that “the United States must put away its threatening stick. China’s position has not changed and will not change.” Gao added that “we hope that China-U.S. trade relations can become a powerful driving force for sustained growth of the global economy.”

Separately, GAO also said the bilateral trade between China and Russia expanded quickly in the first four months of 2018. Gao noted “The Russian economy is steadily turning for the better and its market demand is rising, driving China’s exports to the country up 21 percent on a yearly basis during the January to April period.” According the last data, Sino-Russian trade grew 30% yoy to USD 31.2B between January and April.

BoJ Kuroda: Inflation expectations may not rise smoothly if there is strong uncertainty

BoJ Governor Haruhiko Kuroda said today that the central could debate stimulus exit if policy makers see increasing chance of hitting the 2% inflation target. He noted that “when the possibility of achieving our price target heightens, conditions of an exit would fall into place. The BOJ’s policy board could then discuss conditions for an exit.”

However, he emphasized that “With achievement of our price target still distant, it will create market confusion if we explain specific means and timing of an exit (from the easy policy) now.” Also, he warned that “if there is strong uncertainty about future growth, firms will hesitate to raise wages.” He added that “even if firms’ wage- and price-setting stance becomes more proactive, inflation expectations may not rise smoothly.”

The overall RBNZ monetary policy decision is rather dovish. OCR is left unchanged at 1.75% for a 19th straight month as widely expected. Governor Adrian Orr noted in the statement that growth and employment remain “robust” and near their “sustainable levels”. But CPI remains below the 2% mid-point of target. And, the best way to see inflation moving back to target would be “to keep the OCR [overnight cash rate] at this expansionary level for a considerable period of time”. RBNZ is clearly is no rush to raise interest rates.

Adding to that, the GDP growth and inflation forecasts were also downgraded for the period ahead. The downgrade in GDP forecasts were quite significant in 2019 and 2020. CPI is still projected to hit 2.0% target 2021 but is expected to be lower in both 2019 and 2029. 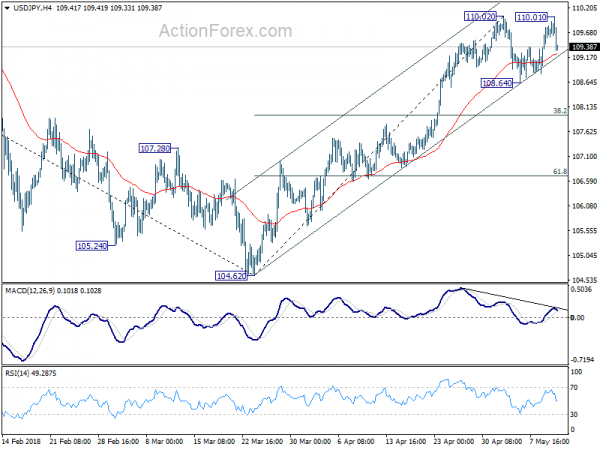 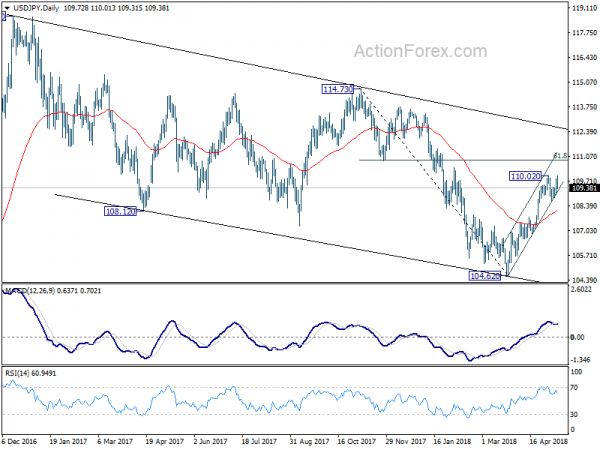