After some jitters on Iran tensions, Dollar ended up as the strongest one last week. Strong stocks and steady yields provided some support to the greenback. Fed officials also reaffirmed the base stance to stand pat this year. US and China are on track to sign the phase one trade deal this week. Yet, Dollar’s rally was somewhat jeopardized by solid but unspectacular non-farm payroll report. It still couldn’t prove it’s ready for a broad-based, sustainable comeback yet.

Technically, USD/JPY couldn’t break through 109.72 resistance to resume the rise form 104.45. EUR/USD was held above 1.1066 support, keeping the rebound from 1.0879 alive. USD/CHF and USD/CAD are both held by 0.9770 and 1.3102 resistance respectively, keeping near term outlook bearish. Even AUD/USD recovered ahead of 0.6838 support. Dollar will now look into inflation and retail sales data this week, as well as any positive development regarding US-China trade deal phase too. 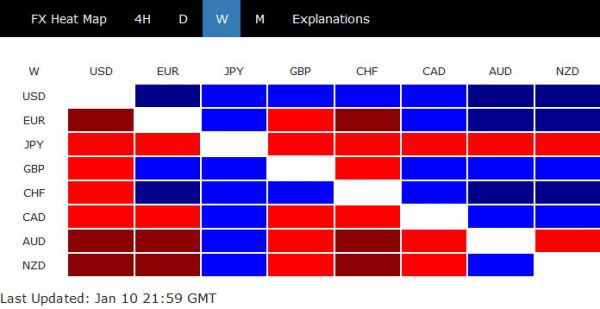 Comments from Fed officials last week reaffirmed the position that there would be no interest rate adjustment unless there are material changes in the outlook. Vice Chair Richard Clarida’s comments best summed up the stance. That is, “as long as incoming information about the economy remains broadly consistent with this outlook, the current stance of monetary policy likely will remain appropriate.” “If developments emerge that, in the future, trigger a material reassessment of our outlook, we will respond accordingly. Fed fund futures are now pricing around 78% chance of interest rate staying at current 1.50-1.75% and above after June FOMC meeting, up from 60% a month ago. 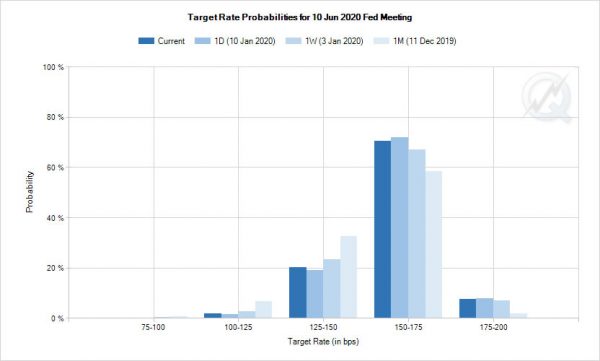 No bullish reversal in Dollar index yet

Dollar index rebounded strongly to as high as 97.58 last week but couldn’t sustain above 55 day EMA yet. Corrective fall from 99.66 could still extend lower through 96.35. However, considering loss of downside momentum as seen in daily MACD, downside should be contained above 38.2% retracement of 88.25 to 99.66 at 95.30. However, break of 97.81 resistance will now be an important sign that such correction has completed. In this case, further rise should be seen to 98.54 resistance for confirmation. 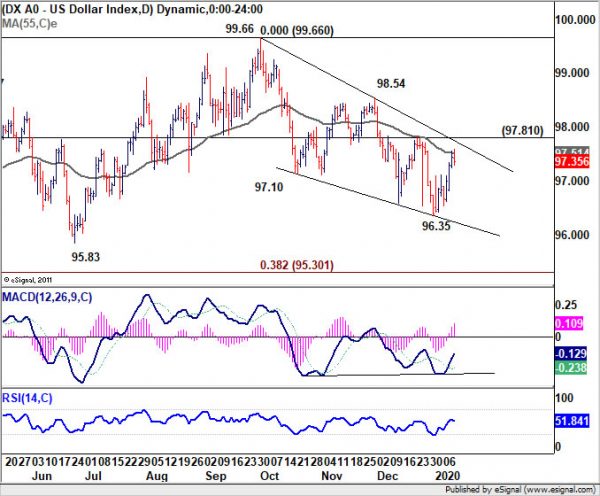 10-year yield continued to gyrate around 55 day EMA last week. Recent development suggests that price actions from 1.971 are merely forming a sideway pattern. With 1.693 support intact, rebound form 1.429 is in favor to extend through 1.971 at a latter stage. If the happens, Dollar index would likely be sent through above mentioned 97.81 resistance. However, we’re still treading the rise from 1.429 as a corrective move. Hence, upside should be limited by 38.2% retracement of 3.248 to 1.429 at 2.123. 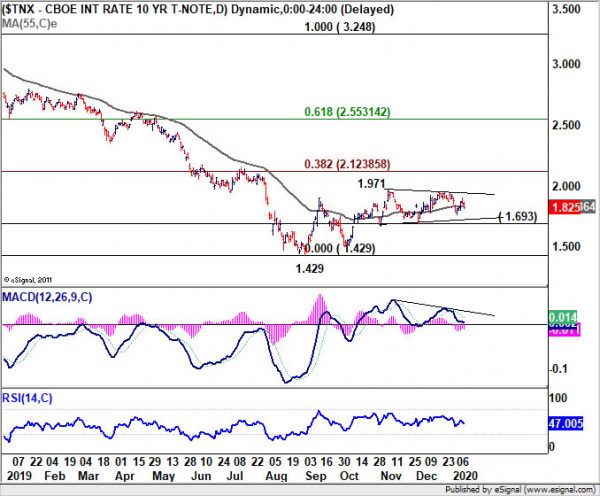 USD/CNH could have one more dip before bottoming

USD/CNH resumed the decline from 7.195 as China has finally confirmed to go to sign trade deal phase one with US on January 15. Further fall should be seen towards 61.8% retracement of 6.670 to 7.915 at 6.871. Technically, such decline is seen as a corrective move. Therefore, we’d expect strong support from 6.871 to contain downside to bring rebound. USD/CNH would likely some breakthrough development on phase two negotiations to overcome 6.871 support decisively. 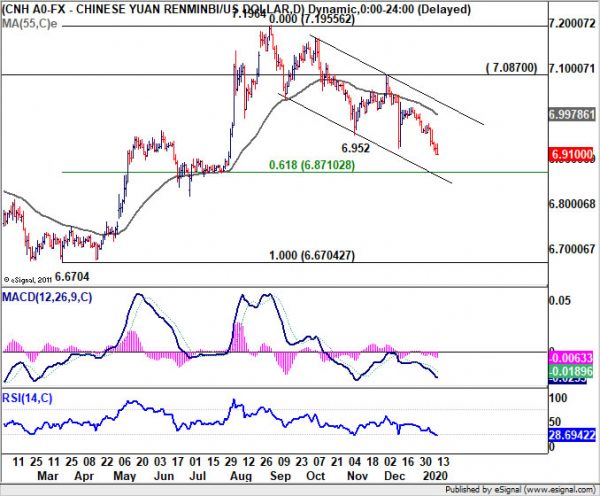 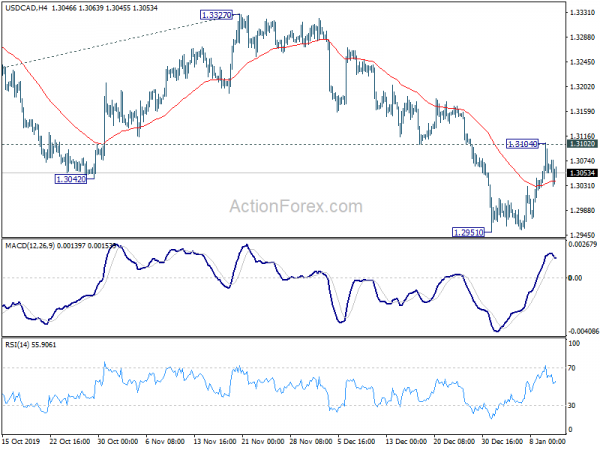 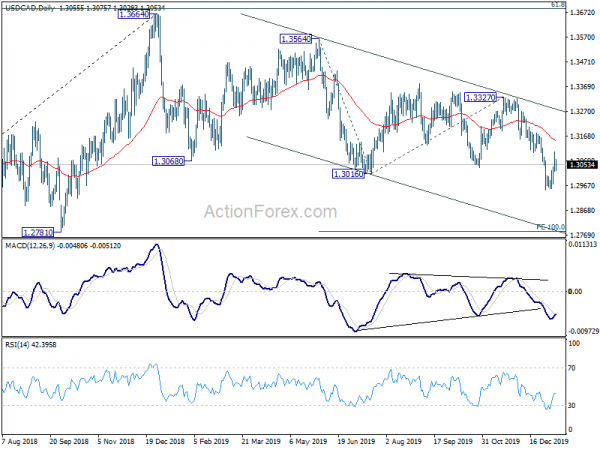 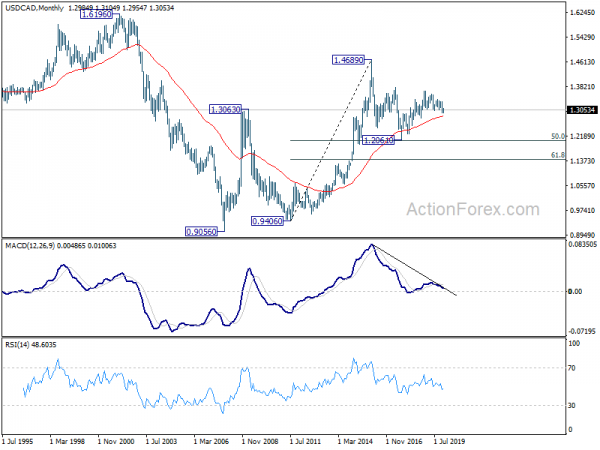 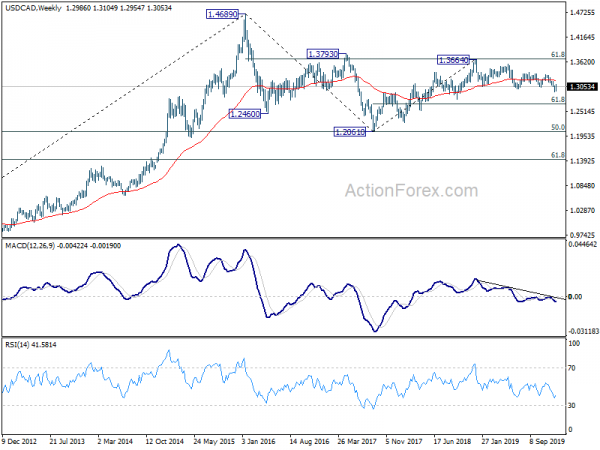