The British Pound traded sideways against the US Dollar, following the UK Employment data set release on Tuesday at 08:30 GMT. The GBP/USD exchange currency rate gained 6 pips or 0.05% right after the release. The Pound continued trading at the 1.2335 level against the Greenback.

The Office for National Statistics released the UK Average Earnings Index, which came out better-than-expected of 4.0% compared with the forecast of 3.7%.

According to the official release: “The rate of pay growth has been trending upwards since mid 2017. In May to July 2019, that trend has continued for total pay, while annual growth in regular pay dipped by 0.1 percentage point when compared with April to June 2019. 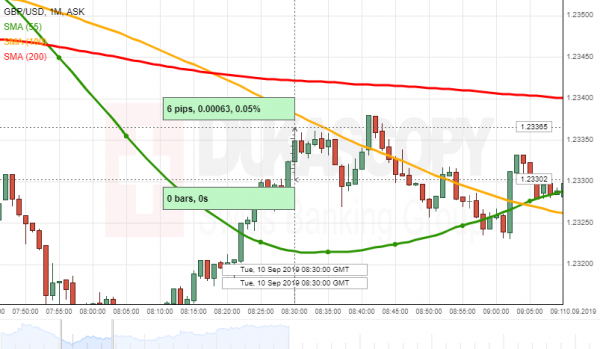