Despite rising marginally to 1.0146, lack of follow through buying and the subsequent retreat suggests consolidation below this level would be seen and pullback to 1.0065-70 cannot be ruled out, however, reckon downside would be limited to the Kijun-Sen (now at 1.0004) and bring another rise later. A break of said resistance at 1.0146 would extend the erratic rise from 0.9861 (Jan’s low) to 1.0195-00, having said that, reckon key resistance at 1.0248 would cap upside and bring retreat later. Only a daily close above this level would signal recent correction from 1.0344 top has ended at 0.9861, bring further gain to 1.0300 and later retest of 1.0344 which is is likely to hold from here. 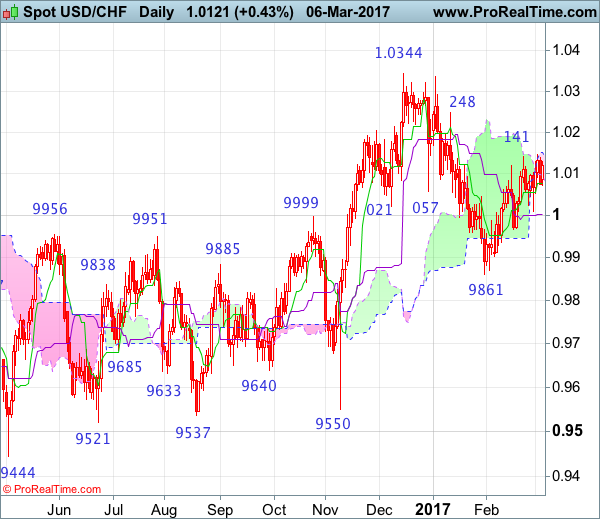 On the weekly chart, although dollar edged higher again last week to 1.0146, lack of follow through buying and the subsequent retreat suggest consolidation below this level would be seen initially, however, as long as support at 0.9967 holds, mild upside bias remains for another rise, above said resistance would extend gain to 1.0195-00 but price should falter below key resistance at 1.0248, bring further choppy trading. A sustained breach above this level would signal the retreat from 1.0344 has ended, bring further gain to 1.0335-44 resistance area but break there is needed to signal early upmove has resumed for headway to 1.0400-10 and later 1.0500. 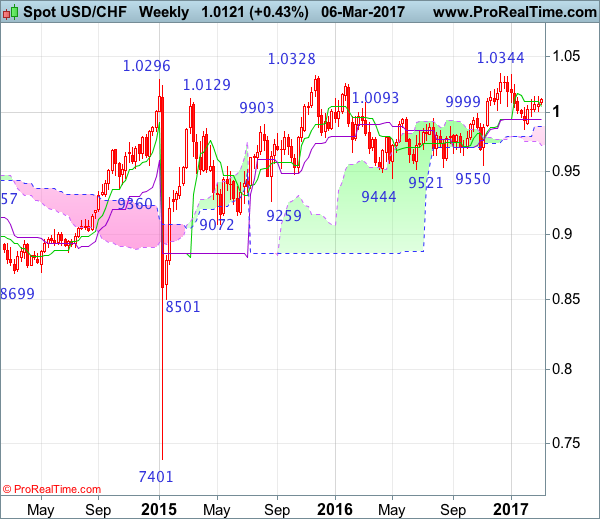