Australian Dollar tumbles broadly today as traders add to bet of RBA rate cuts after poor Q4 GDP. RBA Governor Philip Lowe basically maintained upbeat view on the outlook in a speech, but that was largely ignored. Sterling is also among the weakest as UK Attorney General Geoffrey Cox’s trip to Brussels produced no breakthrough on Irish backstop. But it should be noted that the lack of result isn’t really much of a bad news because expectation on a Brexit deal is still rather low. So far, the Pound is supported just by expectation that there will be no no-deal Brexit.

Staying in the currency markets, Dollar and Yen are the stronger ones for today so far. Both are mainly supported by weakness of others only. There is no clear sign of risk aversion. Japan 10-year JGB yield turns negative again today and could drag down Yen again if Germany and US yield resume recent rise. Canadian Dollar is mixed ahead of BoC rate decision.

Australia GDP slowed to 0.2% in Q4, RBA may need to revise down forecasts in May

Australian Treasurer Josh Frydenberg tried to talk down the slowdown. He noted that “the moderation in part reflects the impact of the drought, lower mining investment and as we continue to move from the construction to the production phase, as well as a decline in residential construction activity from record levels”.

However, the country “continues to grow faster than any G7 nation except for the United States”. And, 0.2% growth was “within the range of market expectations” to him. Also, “over the past 12 months, more than 270,000 new jobs were created and more than 8 out of every 10 of these jobs were full-time.”

Westpac noted that the data now posts a “challenge” for RBA to “credibly maintain its GDP growth forecasts at 3% in 2019 and 2.75% in 2020”. Thus RBA is likely to revise down its growth forecasts in May SoMP. And the policy stance could then shift to steady with a clear easing bias. Westpac continued to expect RBA to cut twice this year in August and November.

RBA Governor Philip Lowe said in a speech that nationwide housing prices have fallen by 9% since peaking in 2017, bringing them back to level in mid-2016. He noted that “declines of this magnitude are unusual, but they are no unprecedented”. Movement in house prices would influence consumer spending, building activity, access to finance by small businesses and profitability of financial institutions.

Though, labor market is expected to continue to tighten with gradual increase in wage growth and faster income growth. That should “provide a counterweight to the effect on spending of lower housing prices.” And overall, Lowe said the adjustment in our housing market is manageable for the overall economy. It is unlikely to derail our economic expansion. It will also have some positive side-effects by making housing more affordable for many people.”

On monetary policy, Lowe also noted that a “strong labour market is the central ingredient in the expected pick-up in inflation”. Wag growth would “boost household income and spending and provide a counterweight to the fall in housing price”. And, “a lot depends upon the labour market”. RBA will “continue to assess the shifts in the global economy, trends in household spending and how the tension between the labour market and output indicators resolves itself. ”

Lowe also reiterated that the probabilities for the next move to go up or down are “reasonably evenly balanced”.

BoJ board member Yutaka Harada warned that the economy is facing increasing risks, including slowdown in China, trade tensions and weak private consumptions. Also, subdued inflation could reinforce the public view of low inflation, which would delay the achievement of the 2% target. He urged that “if the economy deteriorates to the extent that achieving the inflation target in the long term becomes difficult, it’s necessary to strengthen monetary easing without delay.”

For now, Harada said BOJ should commit to loose monetary policy “unless prices show stronger movements than currently anticipated.” And the conduct of monetary policy should be “data-dependent, not calendar-based”. He also warned that “past episodes of premature monetary tightening worsened the economy, driven down prices and output, and led to declines in interest rates in the longer-term.”

Fed Kaplan: US economy is more more interest rate sensitive than it has been historically

Dallas Fed President Robert Kaplan warned in a speech yesterday that in the event of an economic downturn, level, growth and credit quality of corporate debt could “contribute to a deterioration in financial conditions which could, in turn, amplify the severity of a growth slowdown in the U.S. economy.” Thus, vigilance is warranted and Fed will continue to monitor corporate debt.

Separately, Minneapolis Fed President Neel Kashkari reiterated his view that the US is not full employment yet and there is room for growth. He said “here is still slack in the labor market, and until we see wages growth really pick up I’m going to believe that there are still more Americans out there”. Thus, “I’m very focused on wages as the best indicator overall of how tight is the labor force.”

BOC is widely expected to leave the policy rate unchanged at 1.75% today . Since the last meeting, economic data released pointed to slowdown in Canada’s growth momentum. Although Governor Stephen Poloz has recently affirmed at the central bank should still increase the policy rate to the neutral level at some point, the timing is data-dependent. It is important to monitor how the members react to the broad-based data disappointment of late.

Governor Poloz noted in a speech two weeks ago that the policy rate would need to move “up into a neutral range over time, to a point where it is not stimulating or constraining economic growth”. He added, however, that “the path back to that neutral range is highly uncertain” and any move should be data dependent. More in BOC Preview – Risk on Growth is to the Downside.

More on Canada and BoC: 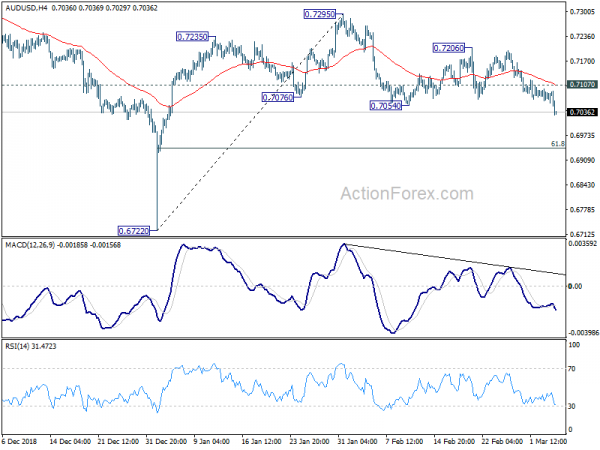 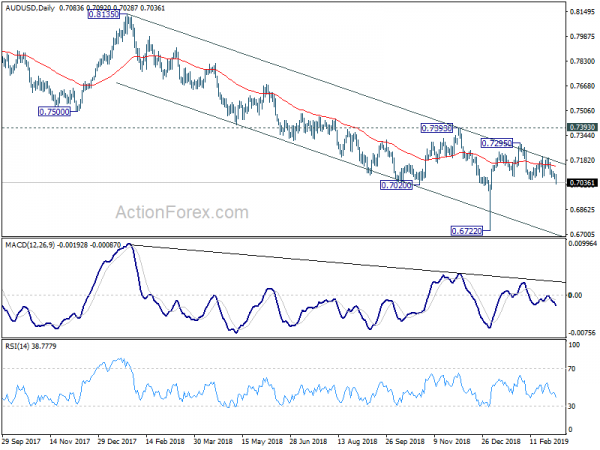 EURAUD Hits Fresh Highs, Some Bullish Action May Be In Store