Sterling rises broadly today as UK opposition lawmakers are moving to seek Brexit delay. Swiss Franc weakens broadly at the same time, partly due to the same reason. The forex markets are otherwise mixed, staying in tight range as consolidations continue. Yen is having a slight upper hand with Canadian Dollar. But the picture can easily change.

Technically, GBP/USD resumes recent rebound from 1.2014 and further rise should be seen to 55 day EMA (now at 1.2372). EUR/GBP extends corrective fall from 0.9324. But it’s now inside important near term support zone 0.8891/9051, which we expect strong support there. GBP/JPY is eyeing 130.69 minor resistance and break will extend recent corrective recovery from 126.54.

Sterling jumps on news that opposition parties agreed to try to pass a law to see another Brexit delay to prevent a no-deal Brexit on October 31. MP Anna Soubry tweeted : “Excellent meeting between all the opposition party leaders this morning. We agree we will work together to stop a no deal #Brexit by legislation”. Green Party MP Caroline Lucas also told BBC that MPs agreed “that the legislative way forward is the most secure way to try to extend Article 50, to get rid of that 31st October deadline towards which the prime minister is careering with ever greater recklessness”.

Separately, The European Commission said that President Jean-Claude Juncker will hold a telephone call with UK Prime Minister Boris Johnson on Brexit today. That comes as UK Brexit negotiator is going to Brussels tomorrow for a renewed push for Brexit negotiations. The commission’s spokesperson Mina Andreeva reiterated that “we stand ready to engage constructively with the UK on any concrete proposals that are compatible with the Withdrawal Agreement.”On the other hand, Johnson’s spokesperson Alison Donnelly said he believed there was enough time to agree on backstop alternative. And UK wants to discuss the options.

ECB Vice President Luis de Guindos said that policy makers need to take market expectations with a “punch of salt”. He emphasized that “Our monetary policy is data dependent, not market dependent: indications from market expectations cannot replace our policy judgment”. He also added, “another way of robustifying our analysis is to look for expectations beyond those expressed in financial market prices.”

RBA Deputy Governor Guy Debelle warned that US-China trade war poses a “significant risk” to Australia and the rest of the world. He also defended the existing rules-based global trading system. He said, “despite some flaws, that system has delivered sizeable benefits for global growth and welfare”, and “Australia has clearly been a major beneficiary of that system.”

Nevertheless, Debelle also noted that Australia is “less vulnerable” to external shocks now. He said “if you look at the balance sheet of the country as a whole, Australia has a net foreign currency asset position”. “Hence when the exchange rate depreciates, the value of net foreign liabilities actually declines rather than increase. To reiterate, this allows the exchange rate to play the important role of shock absorber to external shocks”, he added.

RBNZ Orr: Global investment on hold for political uncertainty in many, many regions

In an interview by Australian Financial Review, RBNZ Governor Adrian Orr said the “single biggest” factor for -50bps rate cut was domestic. Inflation expectations were starting to decline and “we didn’t want to be behind the curve”. He added, “we want to keep inflation expectations positive – near the mid-point of the band.” But Orr also noted that “global interest rates had swung dramatically between our monetary policy statements.” And the large swing in forward interest rates suggested “a significant story behind that.”

Orr also noted “investments has really been on hold for a while” globally, “given political uncertainty across many, many regions”. ” US-China escalating trade challenge, and that’s real now… Likewise, other countries: the Italians without government, Brexit, Hong Kong… So that manifests itself from being a political uncertainty, to capital no longer being invested. So this is one of the rolling challenges that’s happening.” 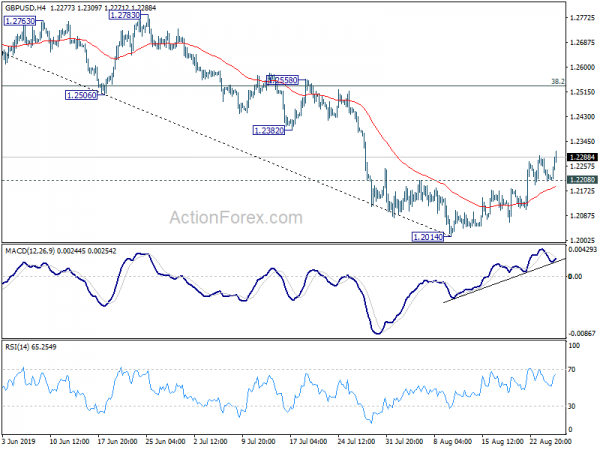 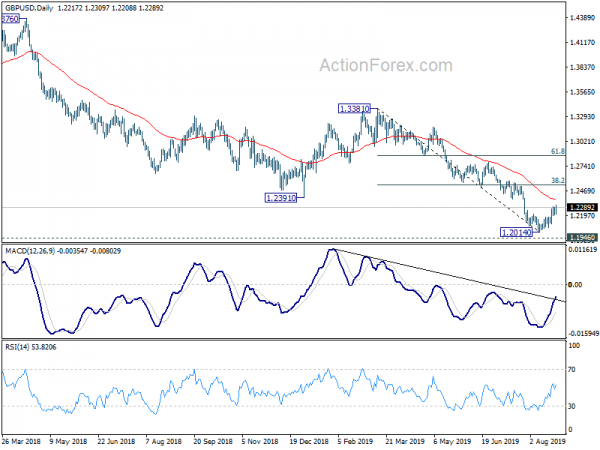