Markets are generally quite today with US on holiday. PBoC’s stimulus measure might have boosted Chinese stocks higher. Reactions from other markets are rather muted. Investors remain generally cautious as this week’s February sentiment data will reveal how much China’s Wuhan Coronavirus outbreak is hurting confidence. In the currency markets, Canadian is currently the strongest, followed by Swiss Franc and Aussie. Sterling is the weakest followed by New Zealand Dollar.

Bundesbank said in the monthly report that for Q1, there are “no signs of a fundamental change in Germany’s economy”. Domestic demand and construction are expected to continue to support the economy as a whole. Manufacturing will remain a drag even though the contraction is starting to ease.

However, it warned that “with the appearance of the coronavirus in China at the beginning of 2020, a new layer of risk was added.” “A temporary decline in overall demand there could damp German export activity,” the report noted. “Moreover, some global value chains could be impaired by security measures put in place. Delivery bottlenecks in selected industries here would be one consequence.”

Shanghai’s American Chamber of Commerce (AmCham) Ker Gibbs said today that the biggest problem for American businesses in China is “a lack of workers as they are subjected to travel restrictions and quarantines” due to Wuhan Coronavirus outbreak. Hence, “most factories have a severe shortage of workers, even after they are allowed to open. This is going to have a severe impact on global supply chains that is only beginning to show up.”

109 members companies with manufacturing in Shanghai, Suzhou, Nanjing and the wider Yangtze River Delta participated in a mini survey between February 11-14. The survey found:

Japan GDP contracted -1.6% qoq in Q4, much worse than expectation of -0.9% qoq. In annualized term, GDP contracted -6.3%, biggest contraction in six years. Looking at some details, private consumption dropped -2.9% in response to the sales tax hike in October. Capital expenditure dropped -3.7%. External demand contributed to 0.5% point to GDP growth, in sufficient to offset -2.1% negative contribution from domestic demand. With impact from China’s coronavirus outbreak, contraction might extend into Q1, making it a technical recession.

BoJ Haruhiko Kuroda told Sankei newspaper that the central bank “would need to consider monetary policy steps” if outbreak of China’s coronavirus “significantly affects Japan’s economy”. He said the outbreak is the “biggest uncertainty” for the domestic economy”. And, BoJ would take “additional easing steps without hesitation” if risks heighten.

But for now, even though Japan’s GDP contracted as the worst pace in six years in Q4, Kuroda didn’t expect global and Japan growth in 2020 to be significantly lower than last year. He expected China’s domestic production to bottom out to recover from April. But that would depend on when the outbreak peaks.

China’s central bank PBoC announced today to cut interest rate on its medium term loans to cushion the impact on the economy from the Wuhan coronavirus outbreak. Rate of CNY 200B worth of one-year medium-term lending facility loans is lowered by 10bps to 3.15%. Also, CNY 100B of liquidity is injected to financial institution through reverse repos. Today’s move is believed to pave the way for a cut in the benchmark loan prime rate on Thursday. 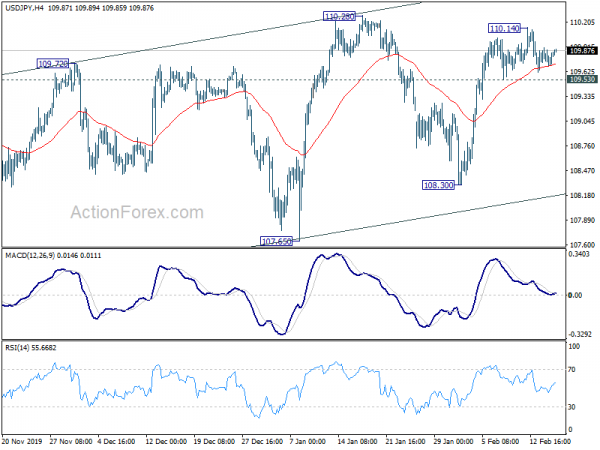 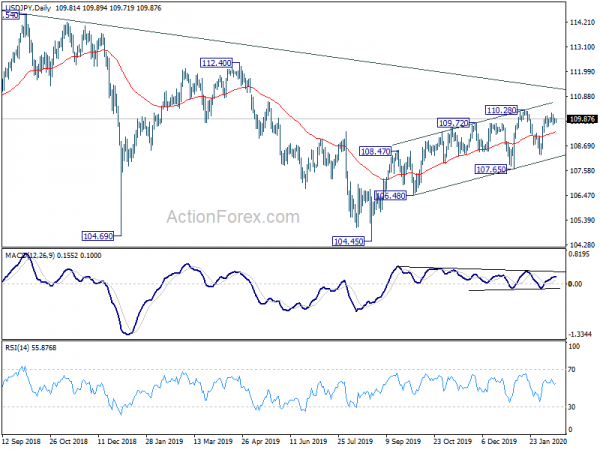