Markets are in mild risk averse mode as oil price tanks further. But losses are limited so far based on recent standard. Major currency pairs and crosses are also stuck in Friday’s range, except that New Zealand Dollar is lifted by lockdown exit. Canadian Dollar is the weakest one followed by Yen and then Sterling.

Technically, the developments are also mixed with range trading continues. EUR/GBP seems to be attempting for a recovery back towards 0.8863 resistance. But EUR/AUD is vulnerable for selloff through 1.7003 to resume recent decline. USD/JPY is staying in tight range above 106.91 support but there is no momentum for recovery. EUR/JPY is also range bound ahead of 116.33 support. It might take some more time for markets to decide on a theme.

Bundesbank said in its regular monthly report that Germany would recover slowly after severe recession. It said, “substantial restrictions are likely to remain until a medical solution such as vaccination is available. For this reason, a rapid and strong economic recovery currently seems unlikely.”

Though, it added that “there is no fear that the German economy will get into a self-reinforcing downward spiral”. Fiscal and monetary policies will support the recovery. But inflation is likely to decline sharply in the coming months when lower oil prices are quickly passed onto consumers.

Bank of Spain: Economy to contract -12.4% this year in worst case scenario

In a latest report by Bank of Spain, it’s estimated that the country’s GDP could contract from -6.8% to -12.4% this year due to coronavirus pandemic. But vigorous rebound is expected in 2021. Unemployment could also surge to 18.3% to 21.7%.

In the central scenario where companies’ liquidity shortages turn into solvency problems in the eight-week lockdown, GDP would contract -9.5% in 2020 before rebounding by 6.1% in 2021. Unemployment rate will surge to 20.6% this year then dropped back to 19.1% next.

BoE Broadbent: Even if lockdown is lifted, demand may remain weak in some areas

BoE Deputy Governor Ben Broadbent is concerned that economic recovery could be slow after coronavirus lockdown exit, event though a rapid bounce back is “certainly conceivable, certainly possible.” He said, “the question that we will have to think about is whether behavioural responses of people mean that even if the government-imposed lockdown is lifted, demand may remain weak in some areas just out of people’s natural caution.”

He added that a -35% contraction in the economy in Q2 was possible. The “coronavirus crisis is quite unlike a normal cyclical downturn.” BoE’s stimulus was designed so that “hit to demand does not outstrip that to supply.” The size of the virus hit is “very, very material” after all.

In non-seasonally adjusted terms, Japan’s exports dropped a massive -11.7% yoy in March while imports dropped -5.0% yoy. Trade surplus came in at just JPY 4.95B. The contraction in export was the worst since July 2016 as shipments to major destinations like China, US and EU were choked by the coronavirus pandemic. The impact will likely continue in April and onwards until global lockdown exits. In seasonally adjusted terms, exports dropped -4.1% mom while imports rose 7.2% mom. Trade balanced turned into JPY -0.19T deficit.

Separately, Reuters reported that the government is going to boost its economic rescue package by 8% to JPY 117. A major change is inclusion of JPY 100k cash payout for to every citizen, on top of JPY 300k payout to households affected by the pandemic. The government is also planning to issue extra bonds worth JPY 25.7T to fund the revised budget.

New Zealand CPI rose accelerated to 0.8% qoq in Q1, up from Q4’s 0.5% qoq, well above expectation of 0.3% qoq. Annual inflation rate rose to 2.5% yoy, highest since 2011. Impact of coronavirus pandemic was not much reflected in the data yet as lockdown measures started on March 25. Separately released, RBNZ’s own core CPI measures slowed to 1.7% yoy in Q1, down from 1.8% yoy.

Separately, New Zealand Prime Minister Jacinda Ardern announced today that the country will “move out of Alert Level 4 lockdown at 11.59 p.m. on Monday April 27, one week from today”. Afterwards, “we will then hold in Alert Level 3 for two weeks, before reviewing how we are tracking again, and making further decisions at Cabinet on the 11th of May.”

RBA Lowe: We shouldn’t be worried about government borrowing

RBA Governor Philip Lowe told ABC News that the coronavirus pandemic was “going to be perhaps a once-in-a-lifetime event” and it “required a truly extraordinary response”. “I didn’t think in my term of governor, I’d be buying AUD 40 billion of government bonds, which we’ve done in the past few weeks and lending over AUD 100 billion to the banking system.”

Lowe also noted that there shouldn’t be concern on escalating government debt. “If ever there’s a time to borrow, now is it,” he said. “We shouldn’t be worried” about the debt. “We have the capacity to borrow, our interest rates are as low as they’ve ever been, the Australian government has a long record of responsible fiscal policy, so the budget accounts are in reasonable shape,” he added. 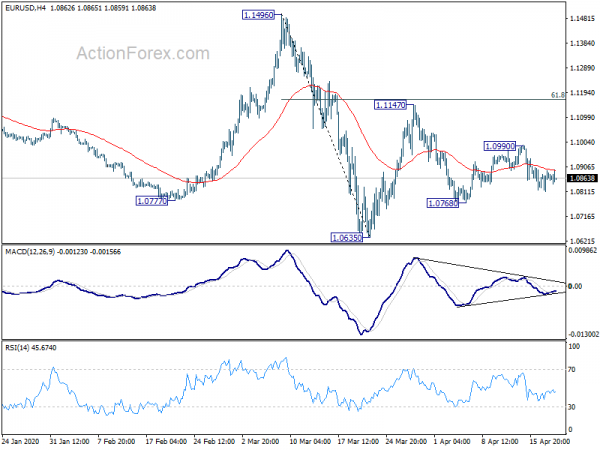 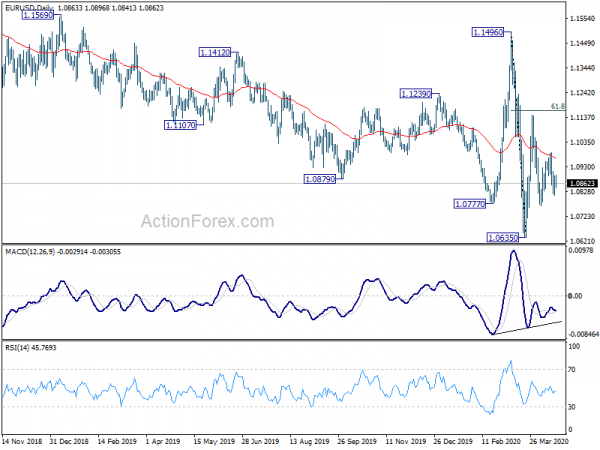