New Zealand Dollar tumbles broadly today as weighed down by double-whammy of RBNZ QE expansion and return to lockdown. The selloff in Kiwi is somewhat dragging down Aussie and Canadian too. On the other hand, Dollar is staging a strong rebound, with help from much steeper than expected correction in Gold price. The strong rebound is 10-year yield also helps Euro and Sterling are so far resilient, with the latter supported by slightly better than expected June GDP figure. 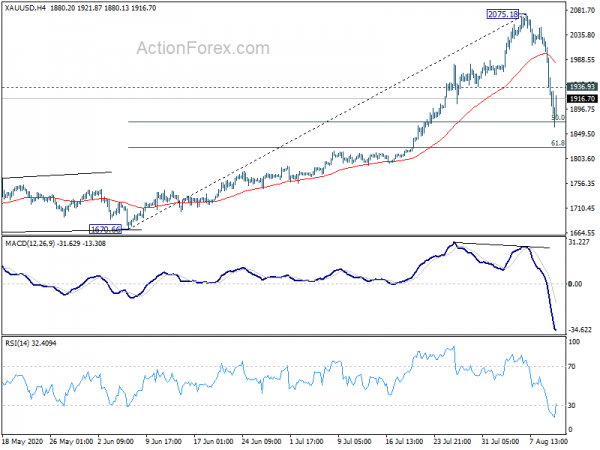 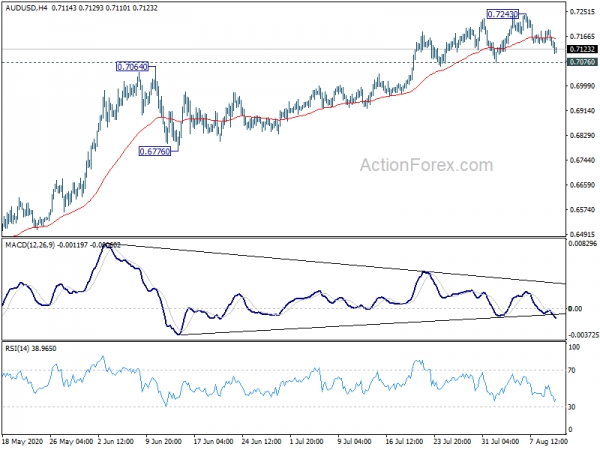 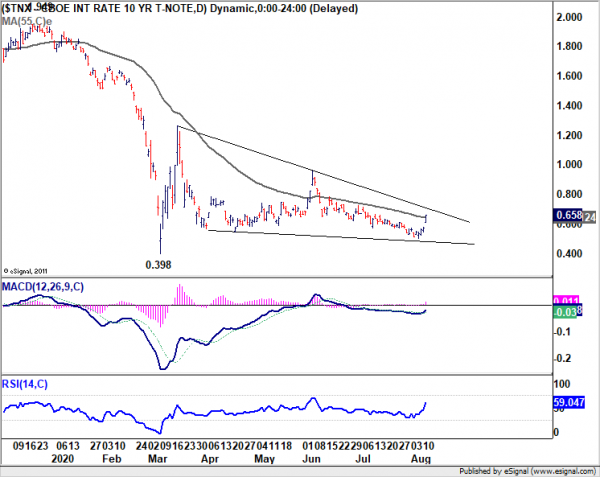 UK GDP grew 8.7% mom in June, better than expectation of 8.0% mom, and a strong improvement from May’s 2.4% mom. For the quarter, Q2 GDP, however, still contracted -20.4% qoq, slightly below expectation of -20.2% qoq. That’s also notable deterioration from Q1’s -2.2% qoq. Overall, GDP remains -17.2% below levels seen back in February, before the full impact of the coronavirus.

Also from UK, goods trade deficit widened to GBP -5.1B in June, larger than expectation of GBP -4.5B.

RBNZ kept the Official Cash Rate unchanged at 0.25% today, but expanded the Large Scale Asset Purchase program to NZD 100B, up from NZD 60B. Eligible assets for the program remain unchanged. RBNZ also said a “package of additional monetary instruments must remain in active preparation”, including negative interest rates and purchases of foreign assets. Full statement here.

NSD/USD tumbles notable after the announcement. The development should confirm short term topping at 0.6715, after rejection by 0.6755 medium term resistance, on bearish divergence condition in daily MACD. The correction will likely take some time to complete and should eventually target 38.2% retracement of 0.5469 to 0.6715 at 0.6239. This will now remain the favored case as long as 0.6626 resistance holds, in case of recovery. 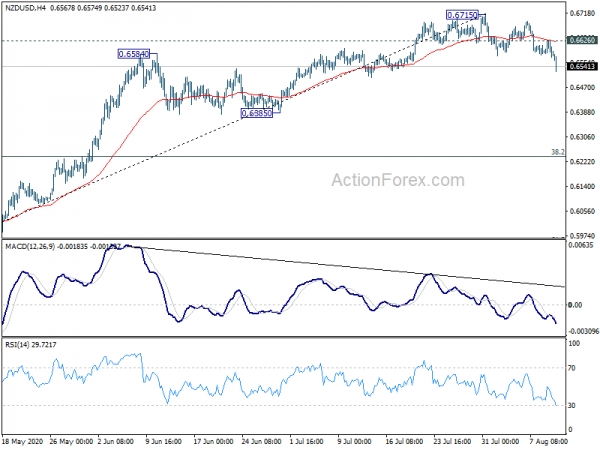 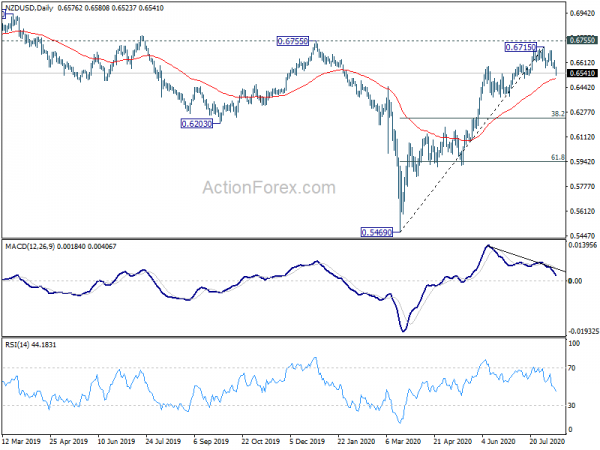 New Zealand delay dissolution of parliament, Auckland back in lockdown

New Zealand Prime Minister Jacinda Ardern put Auckland back into stage 3 lockdown, for three days as a “precautionary approach”. That came after the country recorded first new local coronavirus cases in 102 days. More importantly, the mystery cases, which were all diagnosed in one family, was spread from an unknown source.

Besides, Arden also decided to postpone the dissolution of parliament, due on Wednesday, ahead of an election just weeks away. The electoral commission was working through the implications of the coronavirus outbreak, and a decision would be on on the elections which are scheduled for September 19.

Australia Westpac consumer confidence dropped -9.5% to 79.5 in August, down from 87.9. Westpac said “the scale of the fall comes as a major surprise” and it’s now back near the “extreme low” of 75.6 made in April. Nevertheless, that could prove to be a “significant overreaction” to the return to lockdown.

Westpac expects RBA to maintain current policies in the upcoming September 1 meeting. The next major event would be the Commonwealth Budget in October 6. As the consumer sentiment survey highlights the uncertainties around the current outlook, Westpac expects the government commit to providing “generous ongoing support the the economy”. 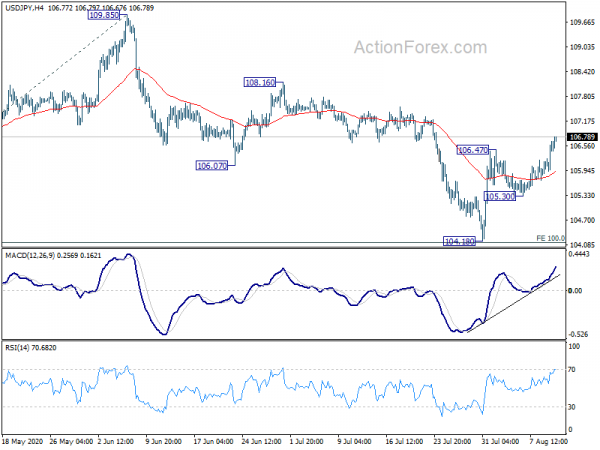 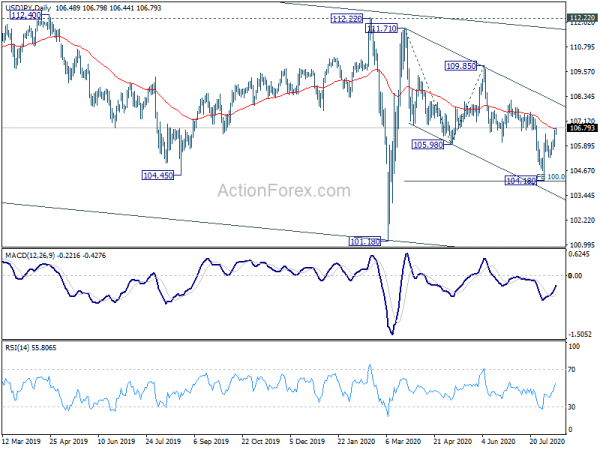