NZD Recovers ahead of RBNZ Hike, Dollar and Euro Dip

Dollar and Euro are so far the worst performer in quiet trading today. The greenback is clearly weighed down again by stocks’ rise and yield’s decline. There are news that China’s Shanghai is back in tougher restrictions, but investors are not too bothered. Canadian Dollar is also soft after data showed retail sales contraction. Meanwhile, New Zealand Dollar is the strongest one, looking ahead to tomorrow’s historical 75bps rate hike by RBNZ. Swiss Franc is also strengthening slightly together with Sterling. 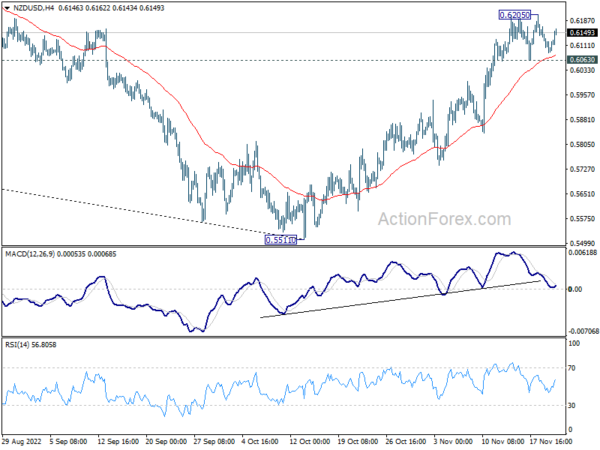 According to advance estimate, sales rose 1.5% mom in October.

ECB Governing Council member Robert Holzmann told FT in an interview, that he could “see no signs that core inflation is reducing”. He added that another big rate hike “would give a strong signal about our determination,” as “it would tell businesses and trade unions we are serious so don’t underestimate us, be careful.”

He backs another 75bps rate hike in December but he was still “open to changing my mind” based on the ECB’s new quarterly economic forecasts. He added that interest rates could need to rise to a level where they “caused pain”. Hence, it’s important to hike “early” because “afterwards the pain is much, much larger.”

RBA Lowe not ruling out return to 50bps hike, nor pausing

RBA Governor Philip Lowe reiterated in a speech that the Board expects to “interest rates further over the period ahead”, and interest rate is “not on a pre-set path”.

“We have not ruled out returning to 50 basis point increases if that is necessary,” he said. “Nor have we ruled out keeping rates unchanged for a time as we assess the state of the economy and the outlook for inflation.”

“As we take our decisions over coming meetings, we will be paying close attention to developments in the global economy, the evolution of household spending and wage and price setting behaviour.”

“Developments in each of these three areas will affect the pace at which inflation returns to target and whether the economy can remain on an even keel over the next couple of years.” 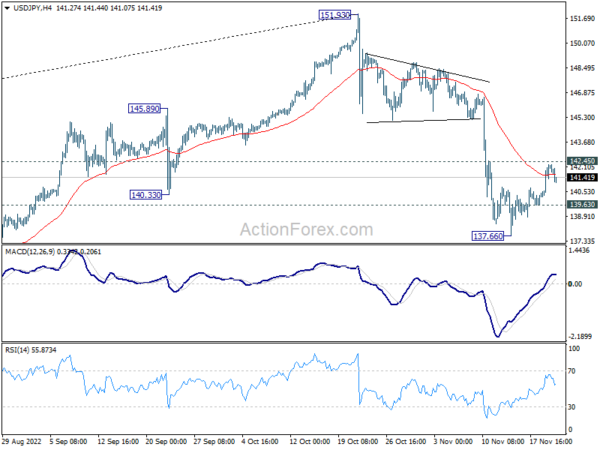 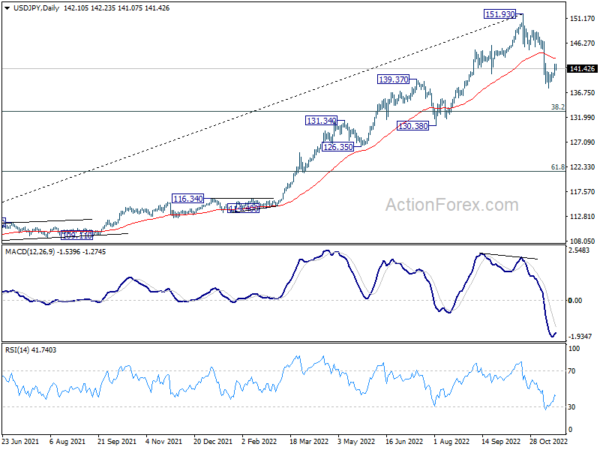