Dollar dropped broadly last week and ended sharply lower, as the huge non-farm payroll miss gave a strong node to Fed’s patient approach. Progress could only be consider substantial as seen in realized economic data, rather than projected outlook. It’s right that Fed is not even in a position to consider tapering. The expectation that ultra loose monetary policy is here to stay for longer boosted US stocks to new record high too. Meanwhile, despite a post NFP spike, treasury yield showed much resilient by late rebound.

Back in the currency markets, Yen and Euro followed Dollar as the next weakest. New Zealand Dollar lead other commodity currencies as the strongest ones. Australian Dollar was troubled briefly by increasing trade diplomatic tension with China. The Loonie’s rally was put to a halt after job data miss too. Looking ahead, as risk-on markets are set to continue, we’d expect Dollar to stay pressured in general. 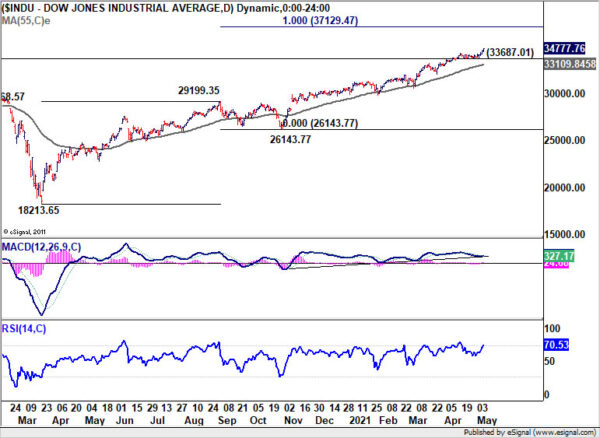 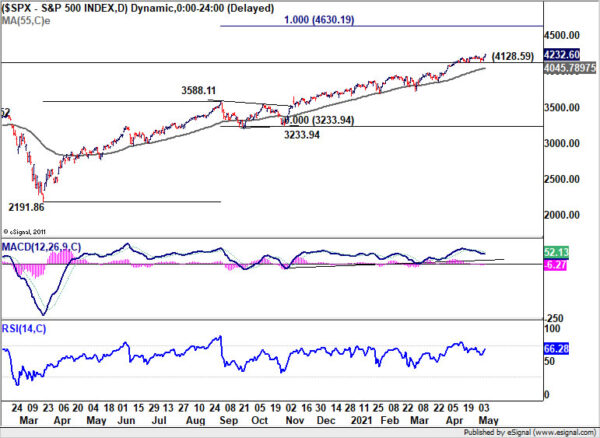 10-year yield spiked lower to 1.471 as initial reaction to poor NFP. But TNX quickly recovered to close at 1.577. The development showed strong support from 23.6% retracement of 0.504 to 1.765 at 1.467. Consollidation from 1.765 high would extend for a while, until fruther developments in the economy. But the range for consolidation should pretty much be set. And upside break out is envisaged at a later stage. 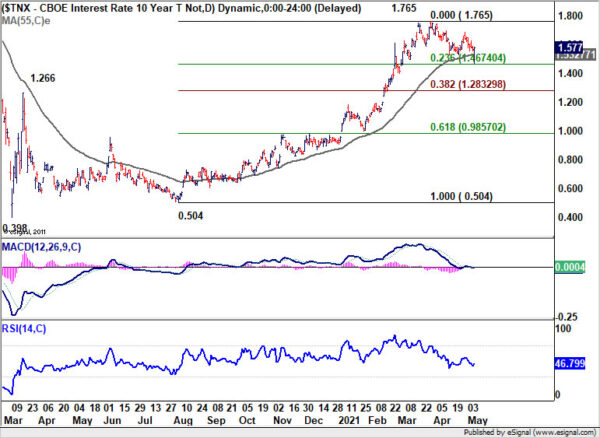 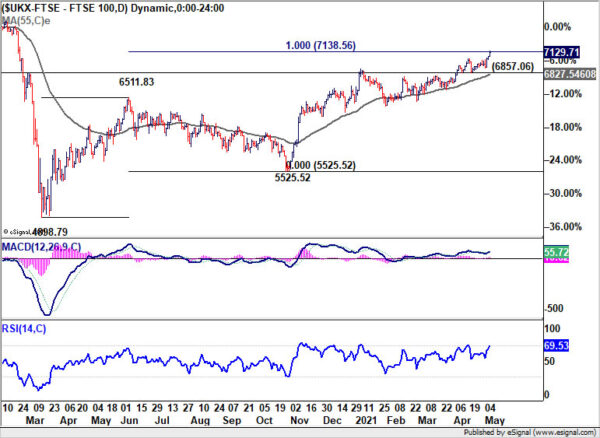 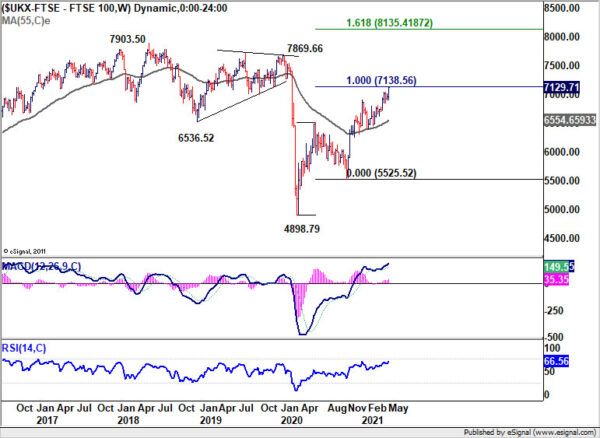 Japanese Nikkei’s price actions were relatively much more sluggish, as is still bounded in sideway trading below 30714.52, established since Fberuary. Though, medium term bullsiness is maintained with 38.2 retracement of 22948.47 to 30714.52 at 27747.88 well defended. It’s also now close to medium term channel support. Thus, we’d probably see an up trend resumption soon, probably even within May. 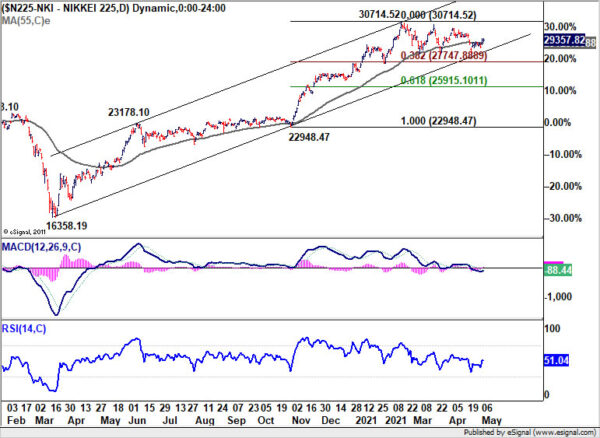 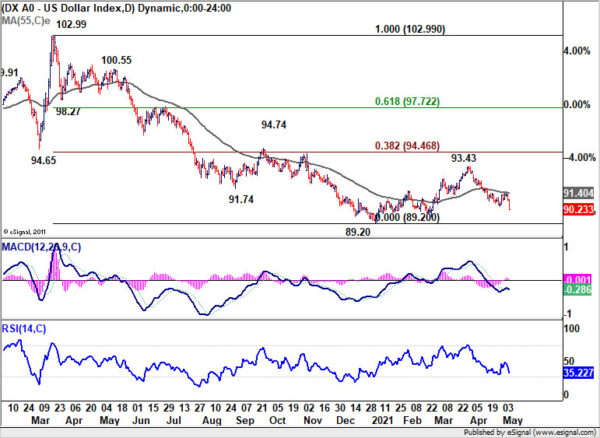 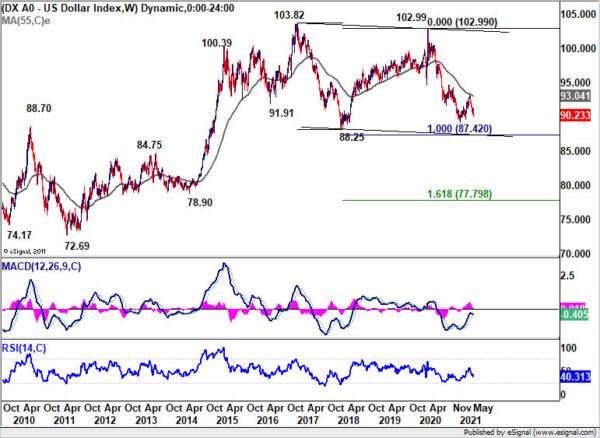 Gold to take on channel resistance, to confirm underlying bullishness 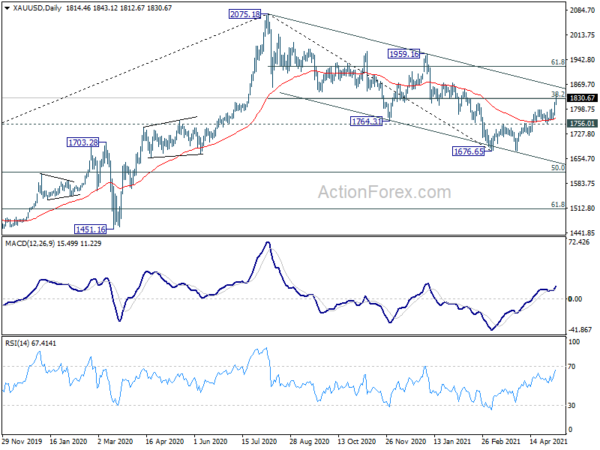 AUD/USD’s rebound from 0.7530 resumed last week by breaking through 0.7815 resistance. The development affirmed out bullish view that correction from 0.8006 has completed with three waves down to 0.7530. Initial bias stays on the upside for retesting 0.8006 high next. For now, near term outlook will remain cautiously bullish as long a s0.7673 support holds, in case of retreat. 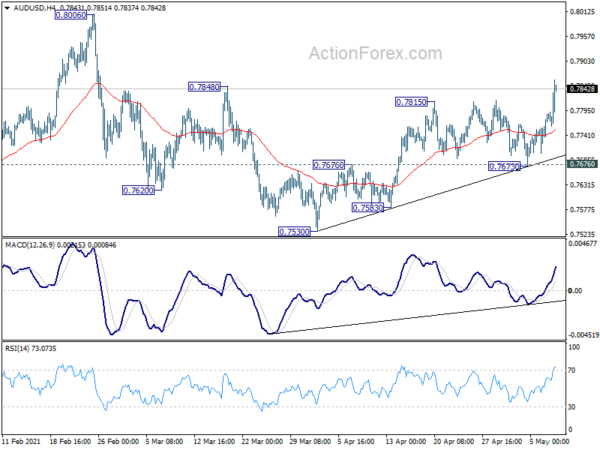 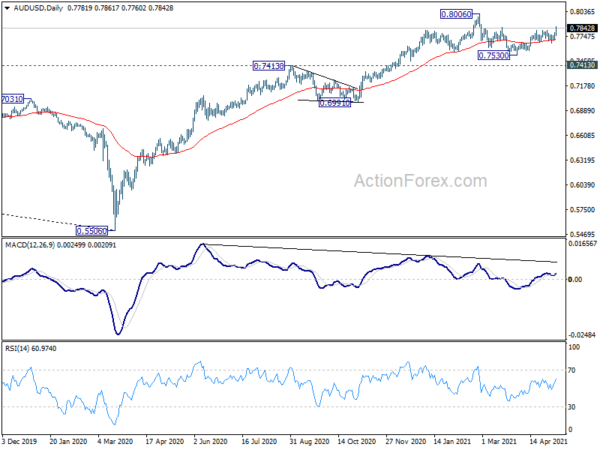 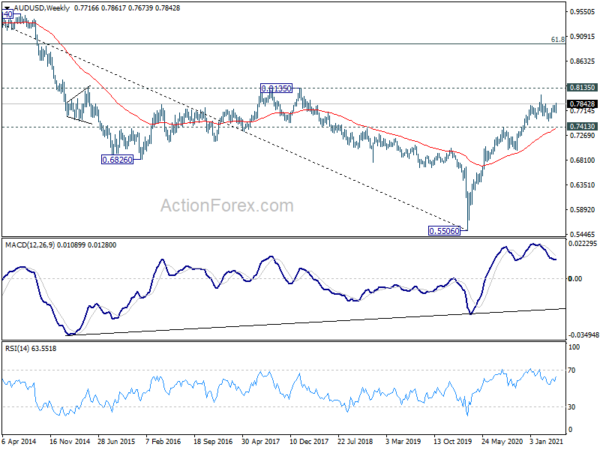 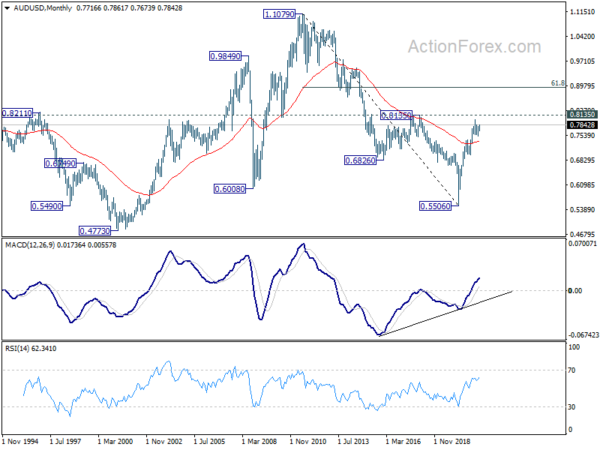