Dollar and Yen are under pressure today as Asian markets opened the week with strong rally. In particular, Chinese stocks are extending last week’s powerful rise, taking Hong Kong equities up too. In the currency markets, though, Euro is currently the largest beneficiary and is so far the strongest. it’s followed by commodity currencies, with Australian dollar having a mild upper hand over others.

Technically, Yen crosses would be something to watch for today. EUR/JPY has taken out last week’s high to resume recovery from 119.31. But as long as it stays below 122.11 resistance, such recovery is still seen as a corrective move only. EUR/USD is also kept well below 1.1348 resistance and thus, today’s recovery could just be a leg inside the near term consolidation pattern.

The Bank of France Governor also said separately that things are going “at least as well as we forecast at the start of June, and even a bit better” in France. Economic contraction in 2020 may not be as sharp as the -10% projected. “If households have more confidence and dip into savings to feed their consumption, the recovery could be quicker and we could get to pre-covid levels of activity at the end of 2021,” Villeroy said.

ECB President Christine Lagarde said the coronavirus pandemic could accelerate the economy’s transformation towards further digitization and automation, with shorter supply chain. The transition to new economic model will be “disruptive”. “They will probably be more disruptive in the first two years, obviously hitting employment and production,” she added.

“So the inflation dynamic will necessarily be impacted, probably with a disinflationary, deflationary aspect at first, and then an inflation dynamic.” ECB will need to keep monetary policy exceptionally loose in the mean time.

She added that ECB estimated supply chain to shrink by around 35%, with use of robots increased by 70% to 75%.

BoE Bailey: Negative rates were one of the potential tools under active review

The Sunday Times reported that BoE Governor Andrew Bailey has sent a letter to bankers telling them “negative rates were one of the potential tools under active review”. It’s one of the options if more stimulus was needed to lift inflation back to 2% target. And it would be a “significant operational undertaking for firms” as a year could be needed to alter computer systems and update contracts.

Additionally, it’s said that Bailey emphasized “every tool they have is on the table” at a meeting with bankers at the end of June.

RBA to stand pat, focuses on US ISM non-manufacturing and Canada employment

RBA rate decision is the only central bank feature this week. It’s widely expected to keep cash rate unchanged at 0.25%. Governor Philip Lowe has already the coronavirus pandemic prompted economic downturn was “not as severe as expected”. The central will likely reiterate that it’s firmly on hold and let the stimulus measures pass their ways through to the economy first.

The economic calendar is also relatively light. Main focuses will be on US ISM non-manufacturing and Canada employment. Here are some highlights for the week: 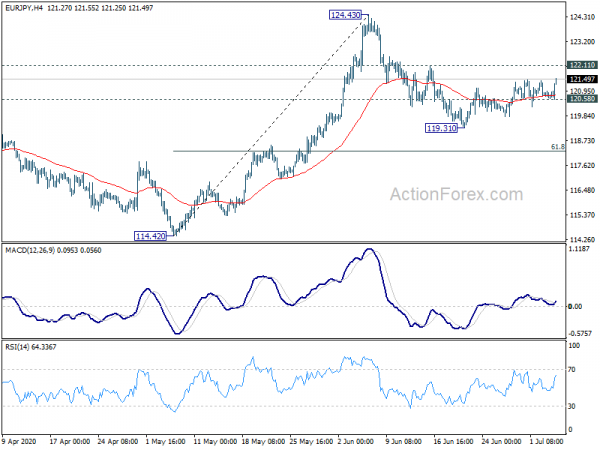 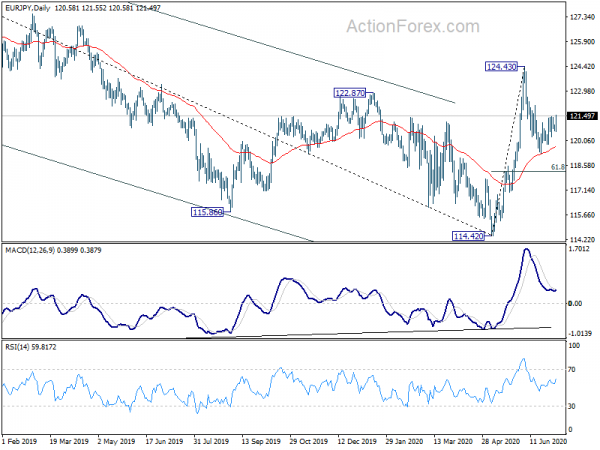