Yen rises broadly in quiet trading today, with help from falling US and European benchmark yields. Sterling is following as next strongest, and then Kiwi. On the other hand, Swiss Franc is the worst performer, followed by Dollar, Canadian. Euro and Aussie are mixed for the moment. As the US markets are on holiday today, trading could turn more subdued. 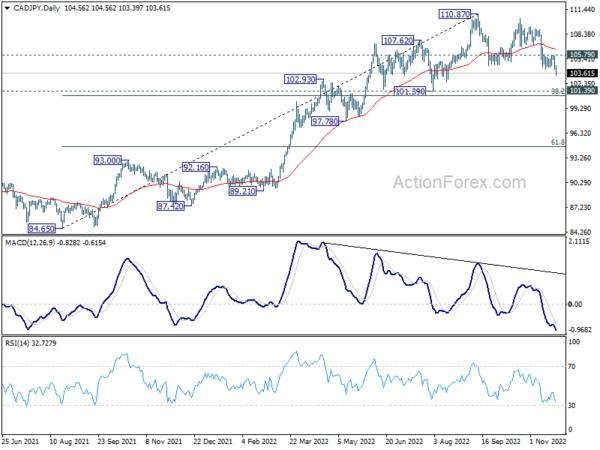 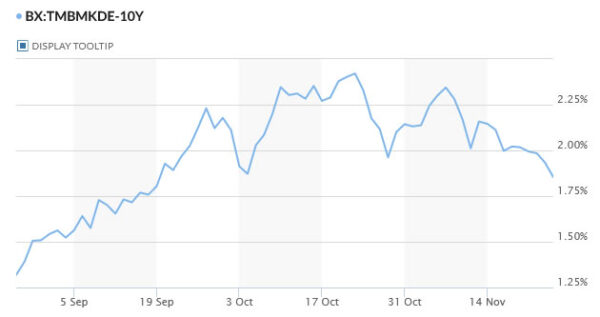 ECB accounts: Clear that rates would need to be raised further

In the accounts of ECB’s October 26-27 meeting, it’s noted that the 75bps rate hike was “supported by a very large majority of members” with “a few members expressed a preference” for just 50bps.

Still, with a 75bps hike, it was also “clear that rates would need to be raised further to reach a level that would deliver on the ECB’s 2% medium-term target”. In light of “prevailing uncertainties”, there was broad support for a “meeting-by-meeting, data-dependent approach” to taking monetary policy decisions.

BoE Ramsden: Further increases in Bank rate are going to be required

BoE Governor Dave Ramsden said in a speech that regarding the immediate outlook for the economy and policy, “some near term sources of uncertainty have eased but others remain.”

“Because of the Government’s Energy Price Guarantee there is more certainty about the outlook for energy prices and Government policy more broadly is on a more stable and predictable footing…. The labour market remains tight and services inflation has hit 30-year highs and is contributing more to overall inflation”.

“I am not yet confident that domestically generated inflationary pressures from increased costs and firms’ pricing pressures are starting to ease. Encouragingly survey and market based medium term inflation expectations have fallen back from their peak, though they remain elevated.”

“Assuming that in the near term the economy evolves broadly in line with the latest MPR projections and given my assessment of the balance of risks, then I expect that further increases in Bank rate are going to be required to ensure a sustainable return of inflation to target.”

Ifo said, “While companies were somewhat less satisfied with their current business, pessimism regarding the coming months reduced sharply. The recession could prove less severe than many had expected.”

RBNZ Orr: We are officially contractionary with monetary policy

RBNZ Governor Adrian Orr told a parliamentary committee, “We can all put our hands on our hearts across the committee and say we are officially contractionary with our monetary policy at this point.”

“We need to get actual and expected inflation down,” Orr said. “The committee agreed that we need to reach a higher level Official Cash Rate sooner than previously anticipated.”

“Our biggest surprises since August has been the persistence of global inflation… and domestically we are seeing price pressure everywhere,” said Orr.

Japan PMI manufacturing dropped to 49.4, services down to 50

“Activity at Japanese private sector firms declined for the first time in three months, according to November flash PMI data. Central to the latest downturn was a poor performance at Japanese manufacturing firms. Cooling demand conditions and acute inflationary pressures reportedly continued to hamper output and new orders… Meanwhile, services firms signalled no change in activity levels from the month prior.” 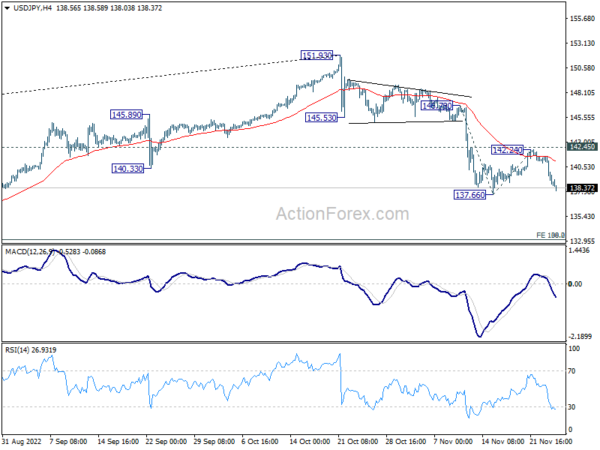 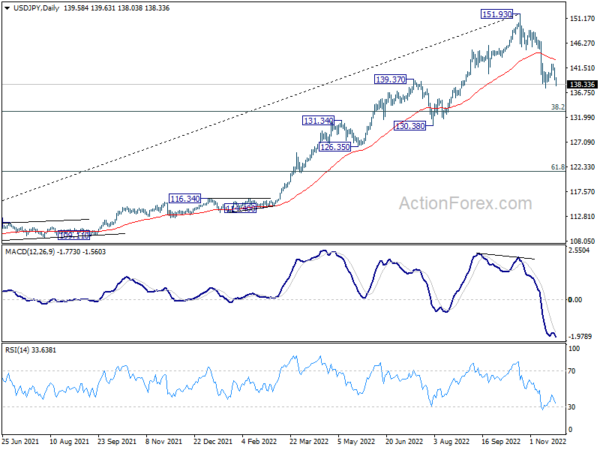