Dollar, Sterling and Canadian Dollar remain the strongest three for the week. But is should be noted that the reasons behind the strength are different. The greenback continued to draw support from strength in treasury yields as 10 year yield broke 3% yesterday to 3.004. Fed is also on course for two more rate hikes this year. Yesterday’s shallow retreat, except versus Canadian Dollar, was merely profit-taking after the stretched bull run. The greenback’s rally could extend if US CPI delivers an upside surprise today.

Meanwhile, Canadian Dollar is boosted by the rally in oil price. WTI crude oil surged to as highest since 2014 after Trump pulled the US out of the Iran deal. It’s rally is still in progress in Asian session and hit as high as 71.75. WTI is on course for next long term fibonacci level of 61.8% retracement of 107.68 to 26.05 at 76.50. In addition, BoC remains on tightening path. According to BoC Deputy Governor Timothy Lane’s comment earlier this week, it’s on hold only because policy makers want to see how past rate hikes are impacting households. And, BoC is awaiting NAFTA uncertainty to be cleared.

However, Sterling remains technically in down trend, except versus Euro and possibly Swiss Franc. The Pound is merely recovering this week from prior losses. It has been hit by a string of weaker than expected data since mid-April. And, the chance of a BoE rate hike today vanished. Traders are just cautious as there is no clue on how dovish BoE could be. The outlook will be reflected clearly with today’s quarterly Inflation report. The Pound could have a violent move after the release.

Technically, despite loss off momentum, Dollar is staying in recent bullish move against Euro and Swiss Franc. As long as 1.1938 in EUR/USD and 0.9982 in USD/CHF hold, we’d expect Dollar’s rise to continue against the two. GBP/USD is staying near term bearish too, but will need a break of 1.3485 temporary low to confirm decline resumption. USD/JPY failed to take out 110.02 resistance yet despite yesterday’s rebound, and therefore, it’s still in consolidation. USD/CAD is holding on to 1.2802 support, and thus, it’s still maintaining near term bullishness.

BoE to deliver a “hawkish hold” or a “dovish hold”?

BoE is almost certain to keep the Bank rate unchanged at 0.50% today. Weakness in PMI data released last week aggravated concerns that recent the moderation in economic activities might persist. Doubts have arisen that whether the slowdown in 1Q18 is only driven by transitory factors or by some underlying reasons. The majority of the market expects a so called “hawkish hold”. That is, MPC members voting 7-2 to leave rate at 0.50%. And, BoE would keep the rhetoric that “an ongoing tightening of monetary policy over the forecast period would be appropriate”.

However, we actually believe it is possible for the central bank to turn more dovish. In the quarterly Inflation Report, there could be downward revision in GDP growth and inflation forecasts. Moreover, the known hawks Ian McCafferty and Michael Saunders could change their mind and refrain from voting for rate hike. The market has now priced in only 50/50 chance of an August hike. Indeed, the possibility of an unchanged monetary policy throughout the year has increased.

More in BoE Could be More Dovish than “Hawkish Hold”

Other suggested readings on BoE:

The overall RBNZ monetary policy decision is rather dovish. OCR is left unchanged at 1.75% for a 19th straight month as widely expected. Governor Adrian Orr noted in the statement that growth and employment remain “robust” and near their “sustainable levels”. But CPI remains below the 2% mid-point of target. And, the best way to see inflation moving back to target would be “to keep the OCR [overnight cash rate] at this expansionary level for a considerable period of time”. RBNZ is clearly is no rush to raise interest rates.

Adding to that, the GDP growth and inflation forecasts were also downgraded for the period ahead. The downgrade in GDP forecasts were quite significant in 2019 and 2020. CPI is still projected to hit 2.0% target 2021 but is expected to be lower in both 2019 and 2029.

BoJ Kuroda: Inflation expectations may not rise smoothly if there is strong uncertainty

BoJ Governor Haruhiko Kuroda said today that the central could debate stimulus exit if policy makers see increasing chance of hitting the 2% inflation target. He noted that “when the possibility of achieving our price target heightens, conditions of an exit would fall into place. The BOJ’s policy board could then discuss conditions for an exit.”

However, he emphasized that “With achievement of our price target still distant, it will create market confusion if we explain specific means and timing of an exit (from the easy policy) now.” Also, he warned that “if there is strong uncertainty about future growth, firms will hesitate to raise wages.” He added that “even if firms’ wage- and price-setting stance becomes more proactive, inflation expectations may not rise smoothly.” 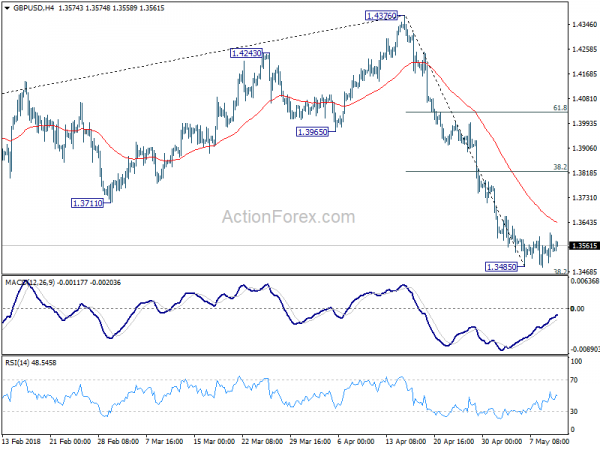 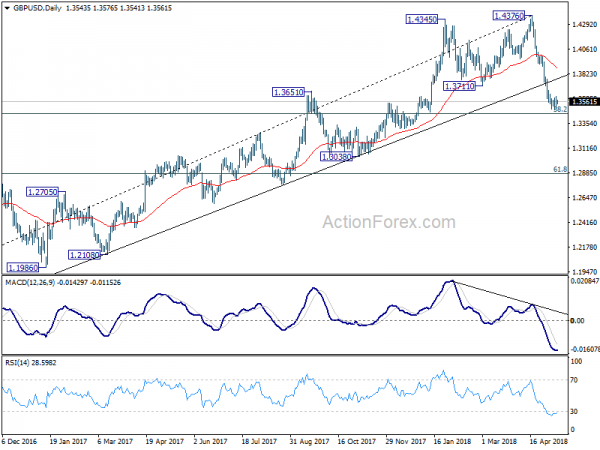